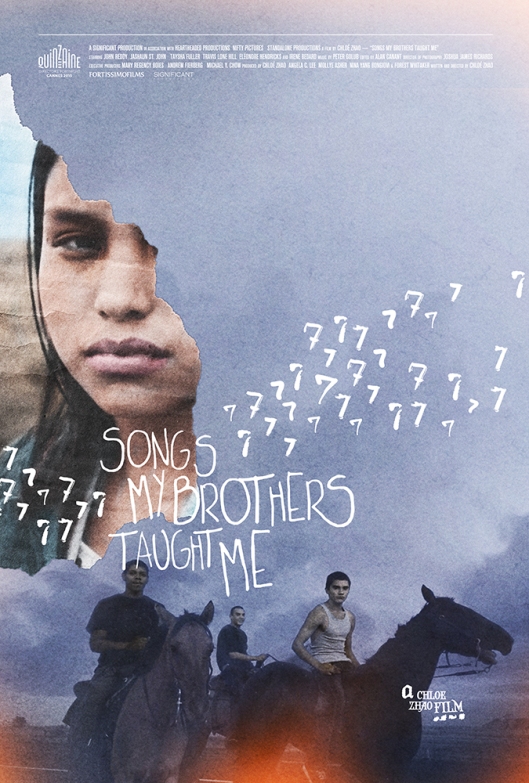 Johnny Winters (Reddy) and his younger sister, Jashaun (St. John), live with their mother, Lisa (Bedard), on the Pine Ridge Indian Reservation in South Dakota. Although he’s in high school and on the verge of graduating, Johnny sells illegal alcohol to other residents on the reservation in order to help support his immediate family (his father, Carl, has had many wives and children in the past, and now lives with another of his families). But even though he’s doing what he can to care for Jashaun and his mother, Johnny is planning to move to Los Angeles with his girlfriend, Aurelia (Fuller), when she begins college there. When his father dies in a house fire, Johnny begins to find that his life isn’t quite as clear cut as he’d like: he runs afoul of the organised bootleggers on the reservation, Jashaun discovers his plan to move to L.A., Aurelia appears reluctant to tell her family about their being together, while his older brother, Cody (Justin Reddy), who’s in prison, pushes him to leave with or without her… 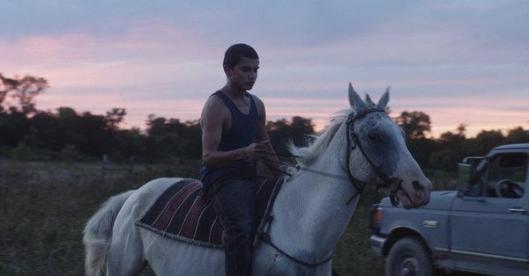 A perceptive and convincing look at the trials and obstacles that can obstruct young Native Americans from finding their place in the world – either on a reservation or away from one – Songs My Brothers Taught Me is a melancholy, and largely pessimistic debut feature from writer/director Zhao, and one that paints a sad portrait of life in general at Pine Ridge. Zhao, who spent four years making the movie, and who got to know the residents of Pine Ridge (many of whom appear in the movie  as fictionalised versions of themselves), focuses on the age-old question: why stay in a place that offers so little? Johnny wants a better life for himself, but has no clear idea of how he’s going to achieve this. Going to L.A. with Aurelia seems like the perfect choice, but Johnny hasn’t thought about where he’ll live, or what he’ll do for money. And his relationship with Aurelia doesn’t feel as if it’s strong enough to survive away from the reservation. Distributing alcohol gives him something to do, as well as an income, but the cruel dependency it has created amongst his fellow Lakota tribespeople only adds to his determination to leave. 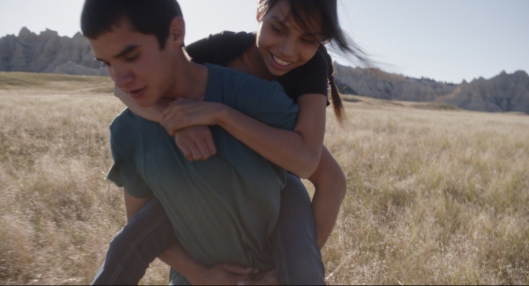 Zhao tackles all this on a micro-budget, but imbues her telling narrative with a brooding atmosphere that’s punctuated by the presence of far-off lightning storms, and in one startling moment, a line of fire crossing the Badlands that feels apocalyptic. It’s all beautifully shot by DoP Joshua James Richards, and the landscape acts as a potent backdrop to the narrative: austere and harsh in places, yet still offering both a respite and a promise of escape from the hardship and the adversity that hampers so many lives. The performances of Reddy and St. John are remarkable, with much of their combined story drawn from events in their real lives (the scene where Jashaun retrieves items from her father’s burnt-out house takes place on the site of her own childhood home, which burnt down during production). There’s an honesty about their portrayals that shines through as a result, and however rough and ready they may be at times when required to “act”, that self-same honesty makes those times all the more credible and affecting. Zhao’s debut is also remarkable for its intelligence and its commitment to telling its story with tenderness, sincerity, and a non-judgmental approach that gives the material an almost documentary feel to it. At times both poetic and heartbreaking, this is a movie that is quiet yet stirring, and reticent yet intensely emotional.

Rating: 8/10 – with its exploration of the problems affecting the Lakota people at Pine Ridge, and its portrait of a community in cultural and social crisis, Songs My Brothers Taught Me allows moments of hope to shine through amongst all the pessimism (which can’t be avoided); lyrical in places, and offering breathtaking views of the South Dakota Badlands, Zhao’s debut is important too, as it shines a light on a corner of America that rarely recieves such illuminating attention.