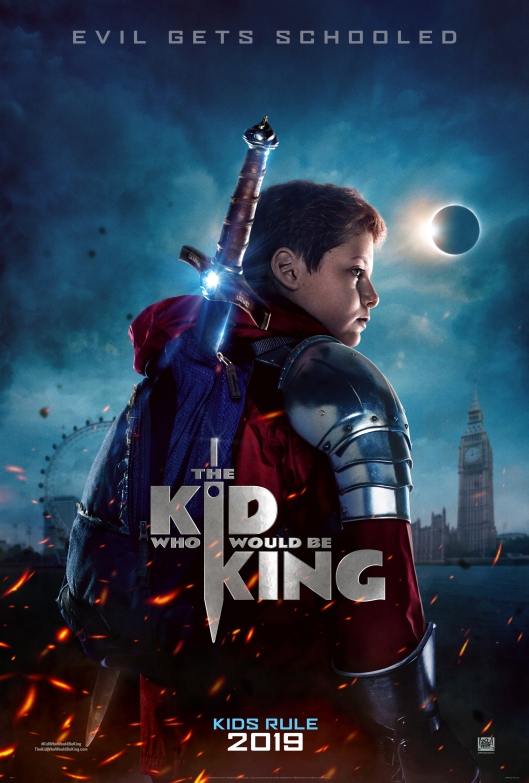 Alexander “Alex” Elliot (Serkis) and his best friend, Bedders (Chaumoo), are twelve year olds with a common problem: they’re being bullied by two older pupils, Lance (Taylor) and Kaye (Dorris), at their school. When Alex finds himself chased by them after school one day, he takes refuge in a nearby building site. There he discovers a sword lodged in a stone pedestal. Alex removes it, and takes it with him: later, he and Bedders learn that the sword is the legendary Excalibur. The next day, a strange new pupil calling himself Mertin (Imrie) arrives at the school and seems very interested in Alex. That night, Alex is attacked by a skeletal creature at his home, and is only saved by Mertin’s intervention. Revealed to be the ancient sorcerer Merlin, “Mertin” explains to Alex that his finding the sword wasn’t an accident, and that King Arthur’s malevolent half-sister, Morgana (Ferguson), long imprisoned within the earth, has grown strong enough to be on the verge of regaining her full powers; it’s down to Alex as Arthur’s true heir, to defeat her and save Britain once again from being plunged into irrevocable darkness…

The release of Joe Cornish’s first movie, Attack the Block (2011), seems like an Arthurian age ago now, and though he’s been busy with other projects in the meantime – most notably the script for Ant-Man (2015), and being in the running to direct Star Trek Beyond (2016) – the wait for his second feature has created a palpable sense of anticipation. Alas, the movie he’s devoted most of his time and energy to, isn’t as rewarding as his first. On the surface it’s a fun children’s movie, a modern day medieval romp replete with swords and chases on horseback, a wicked sorceress, and the fate of the world as we know it in the balance. There are further elements included: bullying, an absentee father for Alex, and the burdens of leadership, and though Cornish throws them all into the mix with the best of intentions, his modern fantasy never fizzes with the necessary invention needed to make it entirely successful. It’s a shame, as The Kid Who Would Be King is a terrific idea in theory, but in practice it stumbles too often, and there are too many narrative lulls that hamper the flow of the material. A trip to Tintagel is a strong case in point, an extended section of the movie that feels like it should be important to the overall story, but which, ultimately, only provides the solution to a minor plot point. 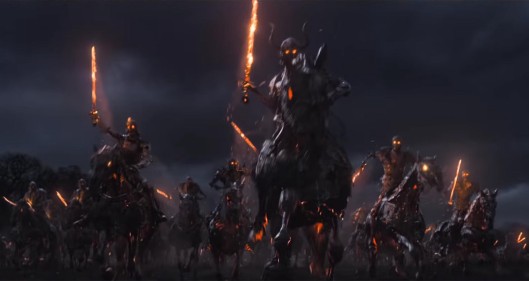 Little about Cornish’s movie feels like it’s working in the way that he envisioned when he set out to make it. Too much feels perfunctory or blandly rendered, and it always feels like it’s having to work harder and harder as it progresses to maintain the audience’s attention. Cornish throws in the odd visual flourish – Morgana’s skeletal army is an asset, the Lady of the Bath, erm, Lake is another – but this is also a movie that betrays its modest studio budget by looking drab for most of the running time, and by allowing the work of its normally reliable DoP Dick Pope to look like it’s been deliberately underlit as a conscious directorial choice. And unfair as this may seem, the young cast aren’t very interesting to watch, their lack of experience leading to some uncomfortable moments when things need to get emotional. Only Imrie is able to inject any energy into his performance, and he does so by somehow managing to play his role both completely straight and with his tongue lodged firmly in his cheek at the same time; when he’s not on screen he’s sorely missed. As a family movie it’s not without a certain degree of likeability, and Cornish adds some solid humour to leaven the serious fantasy aspects, but it’s likely that only children will submit to its charms, while adults may well find it something of a struggle to sit through.

Rating: 5/10 – already likely to lose the studios that bankrolled it around $50 million, The Kid Who Would Be King has a solid basic premise, and Cornish should have been able to use it as the springboard for a truly entertaining magical adventure, but instead it feels listless and inassertive; one to watch when The Goonies (1985) – or even Holes (2003) – isn’t available, this is the first major disappointment of 2019.