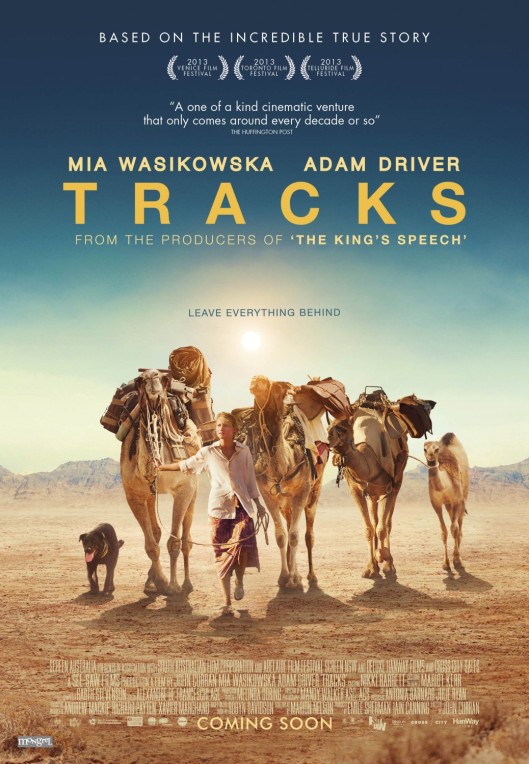 An adaptation of Robyn Davidson’s account of her 1977 trek across 1700 miles of Australian countryside, from the interior to the Indian ocean, accompanied by four camels and her faithful dog, John Curran’s film is a beautiful, life-affirming odyssey that shows the highs and the lows of Davidson’s trip, and doesn’t shrink from showing her as naive, stubborn and arrogant alongside being focused, resourceful and kind-hearted. Helped by sponsorship from National Geographic magazine and “assisted” by NG photographer Rick Smolan (Driver), Davidson (Wasikowska) sets off on a journey that few people think she will finish. Along the way she meets and receives help from a variety of sources, including Mr Eddie (Mintuma), who helps guide her across sacred Aboriginal land. She faces hardship and heartbreak, and retains a dogged determination throughout. 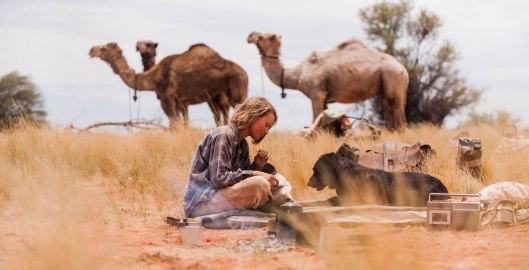 By the journey’s end, you’re almost as pleased to see the ocean as she is. Wasikowska – who wasn’t even born when this project was first mooted – captures Davidson’s spirit and tenacity perfectly, and convinces in a number of subtly demanding scenes. Her fresh-faced appearance suits the role, and she is ably supported by Driver and the rest of the cast. Curran’s direction is unfussy and the journey unfolds at a measured pace that matches the time it took Davidson to travel those 1700 miles. As you’d expect, the scenery is stunning, and Mandy Walker’s cinematography shows off every vista and open landscape to beautiful effect. If there is anything that lets down the movie it’s the relative lack of incident – over 1700 miles there are only two events that, after viewing the film, will stay in the memory. Still, Tracks is an absorbing, impressive feature, and as you might expect, the camels steal every scene they’re in.

Rating: 8/10 – a true-life adventure given a respectful but intelligent approach; with vast swathes of the Australian outback on view, this is also breathtaking to watch.