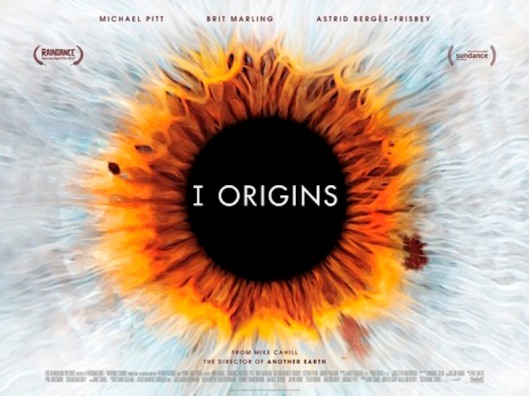 A graduate student researching the evolution of the human eye, Ian Gray (Pitt) is determined that his findings will discredit the creationists. One Halloween he meets a young woman named Sofi (Bergès-Frisbey) at a party but she leaves before he can get her number; all he has is pictures of her eyes (Ian takes photographs of the eyes of the people he meets).

Some time later, Ian sees Sofi’s eyes on a billboard poster and uses it to track her down. They begin a tentative relationship and eventually plan to marry. On the day of their planned wedding, Ian’s lab partner Karen (Marling) calls him with momentous news: she’s identified a species of worm that is blind but which has the genetic capacity to develop an eye. This leads to an argument between them that reaches its peak when they find themselves in an elevator that breaks down between floors. Their attempt to get out results in Sofi’s death, and Ian retreats from his work and everyone around him. Eventually, Karen visits him and her support leads to Ian returning to his work and their relationship becoming more intimate.

Seven years pass. Ian and Karen are married and expecting their first child. Ian has published a book about his research, though it’s still ongoing. When their child, Tobias, is born his eyes are scanned into the hospital registry but at first another patient’s details show up on the monitor. Passed off as a glitch in the system, Ian and Karen think nothing more of it until a few months later they receive a call from a Dr Simmons (Seymour). She tells them routine blood work taken when Tobias was born shows he may be autistic and she would like him to be brought in for further tests. The tests prove unusual and lead Ian and Karen to become suspicious of Dr Simmons’ motives. When Ian delves deeper, he finds Simmons appears to be working on the hypothesis that iris patterns – normally unique to every individual – may be an indicator of reincarnation.

Ian’s old lab partner Kenny (Yuen) has created an iris database that is linked into iris scanners around the world. When they scan Sofi’s eyes into the database it brings up a hit – a scan made in Delhi three months before. Ian travels to Delhi and finds the centre where the scan was carried out but learns that the girl involved (Kashish) is an orphan and will be hard to find. If he does, he resolves to test her in the same way that Dr Simmons tested Tobias. 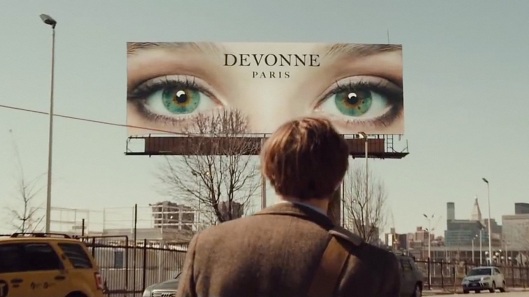 An intriguing premise that mixes science with a belief in the unexplained, I Origins is a thoughtful, engrossing, yet ultimately uneven sci-fi drama that ends up sitting on a very broad fence in its attempts to be fair to both the scientific community and those who promote faith over facts. It’s a clever movie, erudite and well conceived by writer/director Cahill, and puts across its central tenet with intelligence and verve. Even though the science rests firmly in the realms of fantasy, it’s presented so convincingly that the movie’s first half is a fascinating exercise in scientific research intercut with Ian and Sofi’s serious-minded love affair.

Once Sofi dies the science takes a back seat it never returns from, and the focus switches to the possibility that Dr Simmons’ research really does point to the possibility that reincarnation is real – and can be scientifically proven. Ian’s reaction isn’t typical: he travels to the place shown in photos used in Tobias’s test. It’s a weak moment that doesn’t fully convince; Ian makes an assumption about the photos’ providence and is on his way almost in the blink of an eye (no pun intended). And the whole notion of an iris database linked to scanners on an international level is never fully explained, the reason for its existence skimmed over, and its inclusion seems forced, more to drive the narrative forward than anything else.

Stretching the narrative in this way leads to a lessening of the drama and the quality of its effect on the viewer. Once in Delhi, Ian’s search for the little girl with Sofi’s eyes proves too easy and hints at Cahill’s screenplay needing to speed things up to reach its conclusion. It’s a decision that hurts the movie and undermines the credibility it’s built up in its first hour. However, it’s not quite enough to undermine the journey the movie takes the viewer on, and there’s still the mystery of how well the little girl will do when Ian tests her. This allows the movie to end on a note of goodwill, but one that is put in jeopardy by a post-credits sequence that shows the extent of Dr Simmons’ studies – it’s a logical extension of Sofi’s “reincarnation” but instead feels contrived rather than thought provoking, as was probably intended.

Pitt gives an impassioned performance that isn’t always sympathetic as Ian can be self-centred and blinkered around others. His scenes with Bergès-Frisbey carry a studied intensity though that is reminiscent of his performance in The Dreamers (2003). As the love of his life (even after he marries Karen, Ian still fantasises about Sofi and their time together), Bergès-Frisbey is aloof, mysterious, and proud, a free spirit who doesn’t like to be challenged. Rounding off the main characters, Marling is brittle and reflexive, studious and controlled, but hiding a passion for Ian because of his relationship with Sofi. It’s Bergès-Frisbey who gives the movie its passion, and Marling who gives it its intelligence; both actresses give high quality performances.

Cahill directs with a strong visual sense, and while not a flashy director, contributes – along with DoP Markus Förderer – a consistent tone that benefits the movie greatly. While its early, wintry theme seems a little overearing when viewed against the later warm brown hues of Delhi, Cahill nevertheless makes each scene captivating to watch, even if the thematic content is lacking, or the dialogue sounds occasionally like it’s been drawn from the well of verbosity. It’s a movie that takes a fair degree of risk in presenting its story to the viewer, but ultimately pays off despite its change of tack at the hour mark.

Rating: 7/10 – intelligent, well-considered sci-fi that manages to say something about identity and the quest for knowledge at the same time; I Origins – while appearing to say something about death and its attendant consequences – actually works best as a meditation on what it’s like to have your scientific view on life eroded by emotions and longing.