2016 has already seen the deaths of Vilmos Zsigmond and David Bowie, which ordinarily would have been bad enough, but now we have the sad passing as well of Alan Rickman. Rickman was one of Britain’s finest actors with a rich, varied career both on stage and screen, and back when he started out, on TV as well (if you get a chance to see The Barchester Chronicles (1982), you’ll see he’s always been talented). He came late to movies, making his big screen debut in a role that has proven iconic over the years, the immaculately groomed, urbane thief Hans Gruber in Die Hard (1988) (and doesn’t he look great for forty-two?). More villainous roles followed but Rickman was sharp enough to move away from those types of parts and he began making movies that showcased the wide range of skills he had as an actor, even showing on occasion what many believed was a surprising gift for comedy; who can forget the witheringly funny way he would intone “By Grabthar’s hammer” in Galaxy Quest (1999)? For many he will always be Professor Severus Snape from the Harry Potter movies, a role he made his own. You never quite knew what he was going to do in a scene as Snape, and that dangerous energy could be a feature of roles elsewhere. As well as acting he made two movies as a director, the understated yet poignant The Winter Guest (1997) and the romantic period drama A Little Chaos (2014); both are well worth checking out. But what we’ll miss most about Alan Rickman will be his voice, that rich, mellifluous sound that could ooze charm, villainy, passion and disdain in equal measure and still draw you in almost like a character all its own. 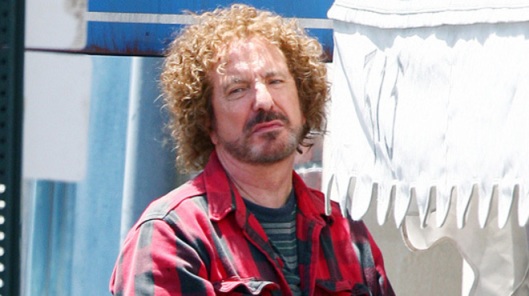