Sequels have been with us since the Silent Era, specifically since The Fall of a Nation (1916), a follow-up to D.W. Griffith’s The Birth of a Nation (1915). Written and directed by Thomas Dixon Jr, it contained much the same contentious and controversial material as its predecessor, but was dismissed by at least one critic as a “preposterous” picture (so even then sequels had a bad rap). The idea of making a sequel to a successful movie never really caught on, but the idea of movie series did, and in the Thirties and Forties, studios such as Universal churned out movie after movie featuring the same characters (often played by the same stars but not always), and adhered to the idea of recycling long before it became fashionable in the Nineties. It wasn’t until the Seventies, and the advent of movies such as The Godfather Part II (1974) and French Connection II (1975), that the studios began to realise that the relatively humble sequel could be a money maker. In the Eighties, independent movie makers jumped on the band wagon also, giving us franchises we never asked for (usually in the horror genre) and unwanted cash-ins that held equal zero enticement. But the makers of these movies knew one thing above else: if you make a sequel to a movie that’s been even halfway successful, and make it as cheaply as possible (okay, that’s two things), then people will pay to see it, either at the cinema or in their own homes.

Sometimes though, a sequel comes along that just leaves the average moviegoer stunned by its existence. This kind of sequel – the sequel you never imagined would be made… ever – usually pops up out of nowhere, unheralded, and with no reason to exist other than that a producer, somewhere, somehow, managed to get financing for it, and people to work on it, and actors to star in it. And with all the effort that goes into the making of a movie, all the time and talent and hard work, how does this particular movie, with all its shortcomings and failures there for all to see, actually get to be as bad as it is? Because that’s the main, major problem with sequels: they pretty much suck big time. Or if they don’t suck big time then they manage to disappoint in other ways, such as retelling the same story as the first movie, or going darker, or refusing to develop the characters, or repeating the same tonal problems that existed the first time around (hello, Batman v Superman: Dawn of Justice). Sequels come with the least level of expectation, and the most sense of a disaster waiting to be viewed. So to illustrate this point, For One Week Only will present seven of the most unnecessary sequels yet made, sequels that were/are so bad that a third movie hasn’t been contemplated or made yet. 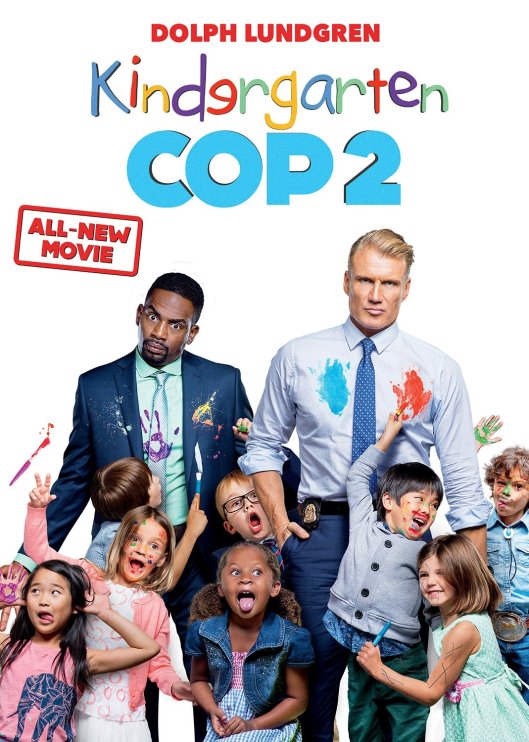 Twenty-six years. Not the longest period between an original and its sequel – that honour goes to Bambi (1942) and its DTV sequel Bambi II (2006), with a gap of sixty-four years – nevertheless Kindergarten Cop 2 arrives with only a minimum of enthusiasm to recommend it, and quite a lot to make any unsuspecting viewer run for the hills (even the ones with eyes). This is the kind of sequel that’s basically a retread of the original movie, with minor changes made, and no attempt to improve on things. If anything, the original Kindergarten Cop (1990) is a work of genius when compared to this drab retelling, what with Lundgren’s lumbering approach to the material (every time he smiles it seems as if the effort’s hurting him), and Paul’s absentee landlord version of directing helping to hold the movie back.

This time around, Lundgren’s FBI agent is on the hunt for a flash drive that contains a copy of details of everyone in the Witness Protection Program. It’s been hidden in a school, and it’s up to Agent Reed (Lundgren) to go undercover and locate it while masquerading as a kindergarten teacher, and trying to keep one step ahead of Russian villain Zogu (Paunovic), who wants it so he can track down the ex-girlfriend who’s going to testify against him in an upcoming trial. The whole thing is plotted so lazily that you don’t need any familiarity with the first movie to work out just what’s going to happen. Even the minor subplot involving one of the kids having an abusive parent plays out exactly as you’d expect, even though the dynamic is changed (it’s resolved by a pep talk rather than a beating). 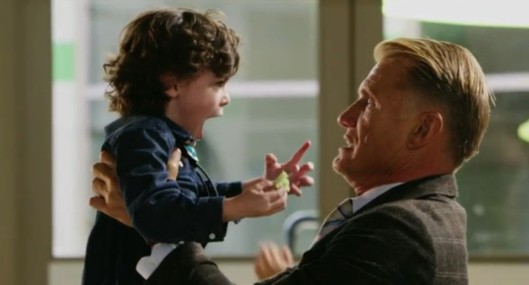 The humour is as bland and uninspiring as expected, and the movie dials back on the original’s more brutal approach to violence. Scenes come and go without any sense of connection to each other, and some characters appear to exist in a vacuum; even Reed’s relationship with his partner, Agent Sanders (Bellamy), appears to be more of a convenience arranged by the screenplay than something borne out of two men working together over a period of years. Reed’s love interest with fellow kindergarten teacher, Olivia (Taylor), is as manufactured and hard to believe in as anything else, and the moment when school principal, Miss Sinclaire (Strange), lets rip with a baseball bat – while intended to be funny – merely reaffirms how lazy (and lousy) it all is. And to add insult to injury (the viewer’s), there’s no prizes for guessing when Reed gets to say, “Class dismissed”.

Rating: 3/10 – professionally made but only just, Kindergarten Cop 2 scrapes all kinds of layers from the bottom of the barrel – and some that no one knew were there until now; leaden and tedious, it’s a movie that drags itself along like a wounded animal that’s unaware of just how badly injured it is, but is in dire need of euthanasia.