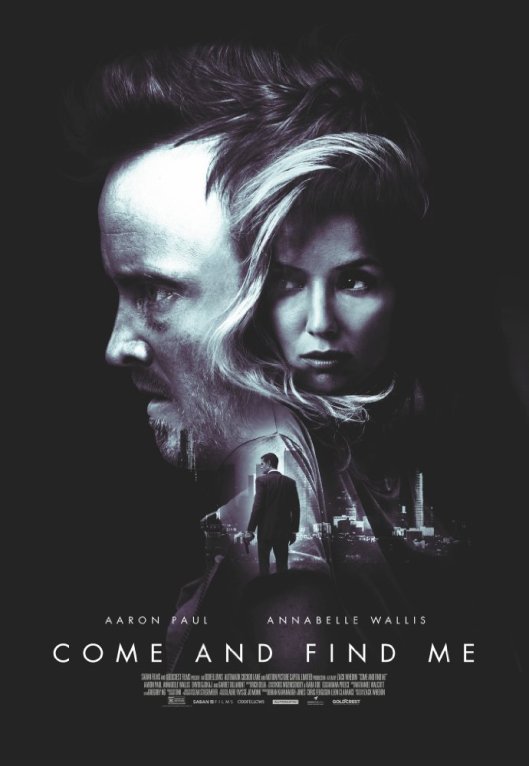 The Black List is an annual survey of the “most liked” motion picture screenplays not yet produced. 2012 was a pretty good year, with screenplays for the likes of Arrival, John Wick, Me and Earl and the Dying Girl, and Hell or High Water all making the list. But so did the screenplay for Come and Find Me, which just goes to show that the Black List doesn’t always get it right.

Written by Zack Whedon (brother of Josh), the script aims for being several things at once: a romantic drama, a thriller, and a mystery. In addition, it seeks to include meditations on what it is to really know someone, and the permanence of love. It’s an ambitious script, and one that has clear intentions to be more than just another run-of-the-mill why-has-my-girlfriend-suddenly-disappeared-when-we-were-so-happy-together? style of movie. Signs of these intentions can be seen throughout Come and Find Me’s drawn-out running time, but however effective these elements may have been on the page, it’s Whedon the director who sabotages any chances they had of being just as effective on the screen. 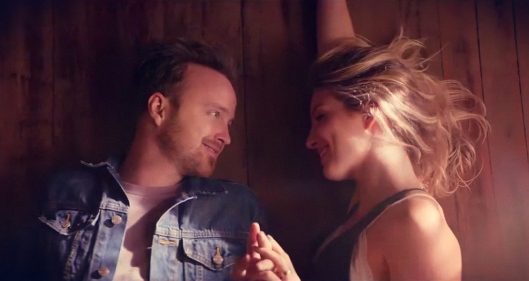 At the beginning, Aaron Paul’s graphic web designer, David, gets on a bus where he spots an attractive blonde (Wallis). When she gets off the bus, so does he. He follows her. Eventually she turns and asks him bluntly if he’s following her. David looks appalled, says no, and carries on past her. Soon, she is following him until they reach a house that they both claim is where they live. David opens the door, the woman goes in without being invited. Inside they find a photograph that shows they know each other… Now, at this point, viewers who have seen way too many movies will know exactly what happens next. But for anyone who hasn’t seen way too many movies, this is an exciting start: how can two people live in the same house and apparently not know each other? Is this going to be some kind of variation on The Lake House (2006)?

Well, no, it isn’t. If Whedon had written a mystery drama that evolved from this opening sequence, and had kept the mystery unfolding piece by tantalising piece then Come and Find Me would have been an entertaining, enjoyable movie. But instead, he explains away this early “mystery” and goes in a different direction altogether – but one we’ve seen in the movies, and on television, and in books and plays, time and time again. And he doesn’t bring anything new to the table, or find a way of presenting his tale with any kind of visual flair or panache. 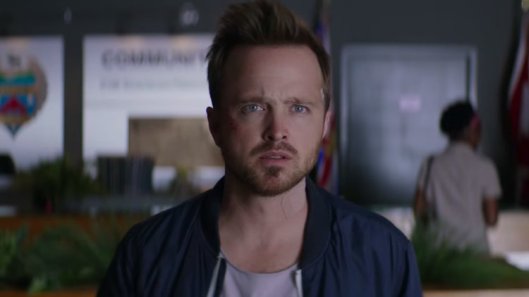 After watching Come and Find Me for a while – say, twenty minutes – the average viewer will be wondering if the bland shooting style, with its dour lighting scheme and flat imagery, is going to continue throughout. Well, it does. Whedon’s framing is a major letdown (which makes you wonder if DoP Sean Steigemeier had any say in the matter), and he constantly shoots from a low angle, as if this will add to the drama unfolding on screen. But all it does is prove annoying and distracting, and make the average viewer wonder if Steigemeier’s back was okay, what with all this low level camera work. With its drab interior design adding to the movie’s visual problems, even when it heads out into the countryside, Whedon and his crew do their best to downplay any of Nature’s beauty. A shot from the top of a hillside looking toward a row of other hills should be a jaw-dropper; instead it’s literally, just a backdrop.

But even that isn’t the worst of the movie’s problems under Whedon’s stewardship. The central mystery, once it’s explained, proves to be underwhelming, but there’s still a long way to go as David engages in a less-than-riveting series of bluff and counter-bluff in his efforts to bring the bad guys to… to… well, actually, we never know if he’s looking for justice, revenge, a combination of the two, or something else entirely, as Whedon doesn’t think to tell us. Throughout, David has one motivation: to find out what happened to his girlfriend, Claire. But he does so in such a ham-fisted, you-won’t-believe-he-did-that kind of way that it’s a wonder he gets as far as he does. He’s a passive-aggressive victim who’s never as ahead of the game as he thinks he is, and as a result, and despite Paul’s best efforts, he remains unsympathetic throughout. 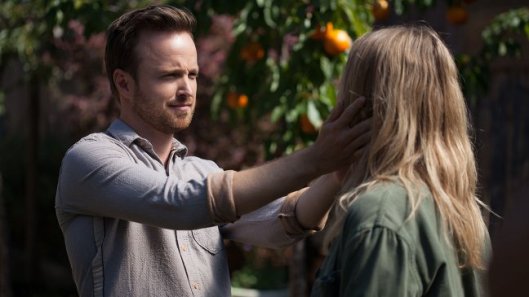 Paul is a good choice for the character of David, but like so much of the movie, is undermined by Whedon’s inexperience in the director’s chair. Everyone else is a supporting character, and though the likes of Dillahunt and Gjokaj do their best with less than challenging material, there’s no chance than anyone is going to stand out from the crowd. Even Wallis, whose role is largely seen through a variety of flashbacks, gets to be less than a fully fledged character and more of a cypher; or more awkwardly, a McGuffin.

When it comes to first-time writer/directors, Whedon is another in a long line of movie makers who believe they can get it right on their maiden attempt, but often the opposite is true. Such is the case with Come and Find Me. Perhaps there should be a moratorium on first-time writer/directors. Perhaps directors shouldn’t make their own scripts until they’ve been directing for a while, and have worked on other writers’ scripts. Perhaps then they’ll have a better understanding of how to assemble a movie without undermining it at the very same time. Who knows? It might lead to them making better movies.

Rating: 4/10 – leaden, and with an ending that will leave most viewers slack-jawed through disbelief, Come and Find Me is a misfire on almost every level; lacking a clear purpose, or any depth or subtext, the movie plods along, then stumbles along, then plods along again etc. in its quest to be an absorbing mystery thriller, when it’s plain to see that it’s so far from that ambition as to be in a different universe altogether.