John Heard was an actor who could have been a star – and briefly he was. Early on in his career, it looked as if A-list status was only a movie or two away. But it wasn’t to be, and though Heard continued to work steadily on both the big screen and on TV, he never achieved the level of fame or fortune that his skill as an actor warranted. He was sanguine about his lack of success, and in 2008 he had these very perceptive words to say about his career:

“I guess I went from being a young leading man to being just kind of a hack actor. When I came to Hollywood, I was pretty much a stage actor, and I expected everybody to be quiet. And they weren’t. They were doing their job, and you’re expected to do your job, and you’re sort of this ongoing co-existence. I was a little bit of an arrogant jerk. Now, it’s a little bit more like, ‘Okay, I realize you have to pat me down with powder every three seconds.’ And I stand there, and I’m a little more tolerant…. I think I had my time. I dropped the ball, as my father would say. I think I could have done more with my career than I did, and I sort of got sidetracked. But that’s OK, that’s all right, that’s the way it is. No sour grapes. I mean, I don’t have any regrets. Except that I could have played some bigger parts.”

Event though from the Eighties onwards he could be found quite low down on cast lists in often minor supporting roles, Heard could still infuse the characters he played with an honesty and a sincerity that often made them better roles than intended. Even in something as bad as Sharknado (2013), he was still worth watching, and he gave several other movies a boost just by being in them. Some careers don’t pan out in the way that actors expect or plan for, and even though Heard was capable of much better roles than he was given, and much better performances when given the chance, he was still an actor who could surprise an audience, as the Emmy nomination for his role as Detective Vin Makazian in The Sopranos (1999/2004) proved. However his career may be viewed now, one thing can be said with certainty: his was a talent that was never fully exploited, and that was, and continues to be, a detriment to us all. 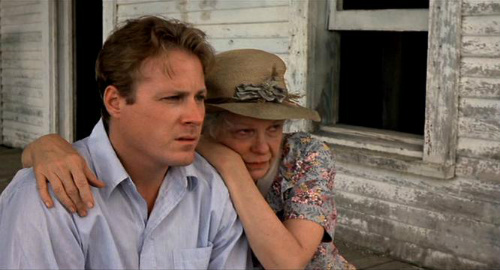