The hype over Justice League, the fifth movie in the DC Extended Universe series, is at fever pitch. Released internationally tomorrow on a tidal wave of an…ticipation, it’s a movie that has so much riding on it, that it can’t possibly meet or exceed the expectations Warner Bros. and DC, and fans, have for it. The criticisms that dogged the first three entries in the franchise – Man of Steel (2013), Batman v Superman: Dawn of Justice (2016), and Suicide Squad (2016) – and which seemed to have been at least partially addressed in Wonder Woman (2017), still appear to be in place. The various trailers that have been released give the impression that there will be more humour (a good thing), and even more destruction porn (a bad thing). These things were obvious, but there was also something else that was obvious from the trailers: the lack of an appreciable story. 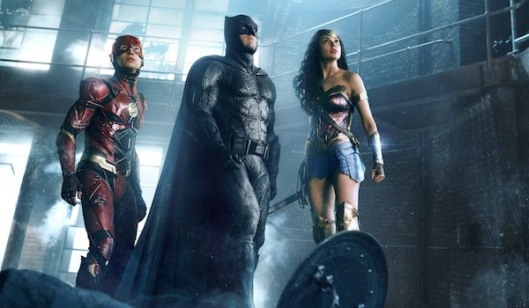 So far, the one thing missing from any advance discussion of the movie is its storyline. We know its plot: evil villain (is there any other kind?) Steppenwolf comes looking for three Mother Boxes on behalf of his master Darkseid and battles the newly formed Justice League. And… that’s it. It’s simple enough, but lacks any appreciable depth. Anyone looking for something more (except for various explosions and the usual one-on-one pummellings these characters endure) is likely to be disappointed. Warner Bros. have at least restricted the run time to two hours, and for this restraint they are to be congratulated, but this just means that the script will have to work extra hard in between the punch ups and the CGI-reliant action sequences to maintain the viewer’s attention. 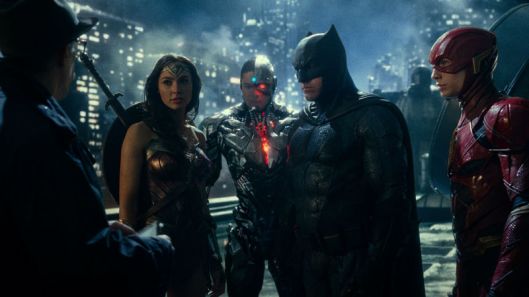 It’s a shame for any franchise to have begun so poorly and so quickly, and not been able to learn from its mistakes. But this and the previous three entries have all been made in the last three years, and the writing of each movie must have overlapped. So, perhaps there’s an overall vision for the DCEU that we may not be aware of yet. If so, then Warner Bros. and DC need to start letting people in on it. Not the details – we don’t need those – but perhaps a better understanding of the ambition behind the franchise, or its goals. There’s a whole raft of DCEU movies heading our way in the next few years, but if the same approach is going to be continued, then it’s likely that we’ll be having the same reaction each time (increased antipathy), and be asking the same, inevitable two-pronged question: when are Warner Bros. going to start focusing on the characters and when are they going to start providing convincing, intelligent storylines, and not just showing us how much money they can spend on a universe that is already in danger of collapsing in on itself?