Hawaii, 1971. Nohea (Kanekoa) has returned home from Vietnam minus his left leg from the knee down, and with an uncertain future. He’s under pressure to sell the land his family has lived on for generations, and his grandmother (Sai), the current family elder, isn’t well enough to stop him. Things become even more complicated when his Aunt Rose (Anapau) appears to have committed suicide. Rose was married to a property developer who came from the mainland, Victor Coyle (Schaefer). In 1959, their adopted daughter, Kimberly, and Nohea’s father (Horcajo), disappeared. Victor accused Nohea’s father of kidnapping Kimberly, but as no trace of them was ever found, both are now presumed dead. Rose’s death brings the past and the present into sharp focus as Nohea tries to make sense of what happened twelve years ago, while also trying to fit back into a life and a culture that he’s lost his connection to. With Coyle intent on buying up as much land as possible for his own financial gain, and Nohea being drawn into Rose’s death, Kimberly’s sudden reappearance brings even further problems. 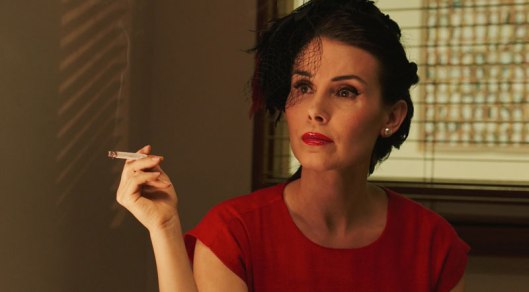 Kuleana is the Hawaiian word for responsibility. It’s a word that hangs heavy over writer-director Brian Kohne’s second feature, a sincere, culturally sensitive drama that unfolds patiently and with quiet skill. It’s a movie that focuses on the characters first and the drama second, but which also ties them together so that as the twin stories unfold in both 1959 and 1971, the characters drive the events that happen much more than they react to them. Pitched against a backdrop of the continued homogenisation of Hawaiian culture by US influences – Coyle’s development plans inevitably make no room for maintaining any traditions or beliefs about the land – the movie shows how the erosion of cultural values was taking its toll. Nohea’s conflicted struggle to make sense of his own future is reflected in the attitudes of his uncle, Bossy (Chun), who supports Coyle’s plans, and The Moke (Richmond), an enforcer for a local mobster (Cabang) who finds it increasingly difficult to put aside his tribal roots. By showing the political and social divisions that were prevalent at the time, Kohne ensures the movie is more than about the mystery surrounding Rose’s death, or if Kimberly’s return will complicate matters. 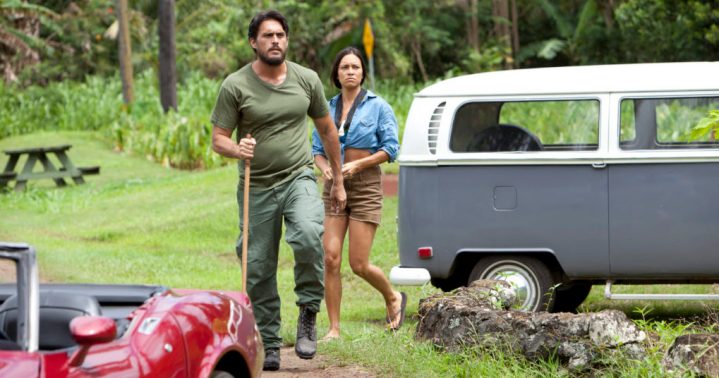 Kohne gets his message across clearly and concisely, and makes the most of a limited budget. Dan Hersey’s cinematography highlights the natural beauty of the Maui locations without making them look like picture postcard versions of themselves, while Adi Ell-Ad’s fluid yet measured editing ensures the narrative plays out in confident style and at a good pace. The performances are good, with Kanekoa giving an understated yet compelling portrayal of a man trying not to be at odds with his heritage, while Balmores carries the weight of the wrongs done to Kimberly with a steely determination. As Coyle, Schaefer is stuck with the one character who doesn’t have an arc but who does have a bad wig, and Anapau, as Rose, doesn’t get the opportunity to do more with her pivotal role than is absolutely necessary. This is due to the demands of the main storyline, and is therefore unavoidable, but Rose is one character we could have spent more time with. Kohne adds some magical realism into the mix to good effect, but scores even higher with his choice of Willie K and Johnny Wilson for the score. Their efforts, combined with a soundtrack that includes a poignant use of Procol Harum’s A Whiter Shade of Pale, add an emotional layer that complements and enhances the material from beginning to end.

Rating: 8/10 – despite some story elements that are either prosaic and/or predictable, Kuleana is an involving, credible drama that ensures its Hawaiian cultural backdrop is just as important as its central storyline; if this is an example of what can be achieved by Hawaiian movie makers working “at home”, then let’s hope that there will be many more opportunities for them to do so in the future.