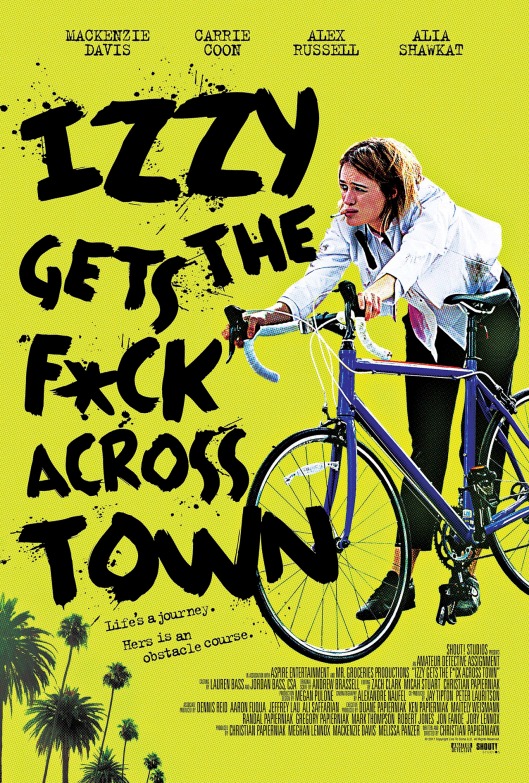 Izzy (Davis) wakes one morning to find herself in the bed of a stranger (Stanfield). As she navigates leaving without waking him, she learns that her ex-boyfriend, Roger (Russell), is getting engaged to her best friend, Whitney (Goldberg), and there’s a party to celebrate that evening. Determined to get to the party and stop Roger from going through with it – she’s convinced he still loves her – Izzy sets off with plenty of time to get there. But obstacles soon present themselves. Her car isn’t ready at the garage, she can’t get enough money for cab fare, she takes a tumble on the bike she borrows and it’s too damaged to keep using, and the one person (Shawkat) who does give her a lift leaves her stranded in a neighbourhood she doesn’t know after going just a short distance. It’s only thanks to the help of another stranger (Potts) that Izzy is able to finally get to the engagement party. But when she does, things don’t exactly go as well as she’d planned… 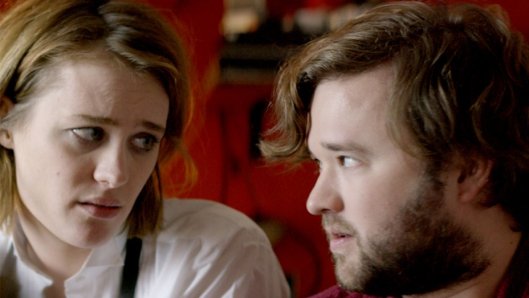 There’s much to like in Christian Papierniak’s feature debut, not the least of which is Davis’s bullish, spiky performance, but Izzy Gets the Fuck Across Town is a movie whose episodic structure hampers both its flow and its effectiveness. It’s to be expected that Izzy will encounter setbacks in her journey to her ex’s engagement party, but it’s whether or not those setbacks are interesting or reflect on Izzy’s own emotional state that is the key. And that’s where Papierniak’s screenplay lacks consistency. Too preoccupied with trying to make eloquent statements about the nature of fate, or the validity of personal expectations and needs in relationships, the script often stops the action to contemplate these matters, and in doing so, negates the urgency of Izzy’s journey. What should be a more and more desperate race against time as the movie progresses, becomes instead a kind of semi-serious, semi-humorous series of bunny hops across Los Angeles as Izzy deals with one uninterested potential Samaritan after another (until Potts’s sympathetic romantic idealist comes along). Izzy herself is someone it’s well worth spending time with, and Papierniak is on firmer ground when she’s the focus of a scene, but the other characters don’t have anywhere near the same impact. 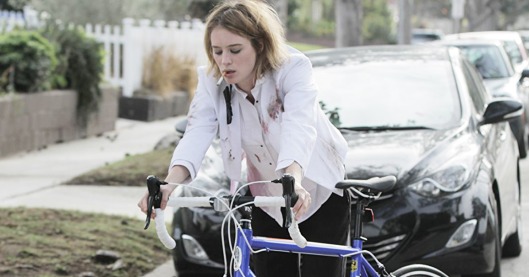 Again, this is largely due to the uneven nature of the script, and Papierniak not fully realising his thematic and subtextual ambitions. But it’s also due to a remarkable performance by Davis, who dominates the movie in a way that makes everyone else seem like they weren’t paying attention when Papierniak gave out notes. As Izzy, Davis is mercurial, fiery, amusing, good-natured at heart, abrasive when pushed, and altogether a person rather than an indie caricature (the drawback of both Shawkat and Osment’s characters). Only Coon as Izzy’s estranged sister, Virginia – they were a musical duo once before Virginia split them up – is as compelling, contrasting Davis’s messed up free spirit with a steely-eyed turn as a woman whose sense of responsibility is just as skewed as Izzy’s but in a way that has deadened her emotionally (there’s a hint that this could be Izzy’s ultimate fate but it isn’t developed any further). When it’s not trying to be serious about life and love, the movie is on much better footing, with a sly sense of humour that elevates the material, and there’s a bittersweet ending that feels antithetical to what’s gone before, but actually proves to be a bold move by Papierniak, and one that rounds off the movie much more effectively than if – well, you’ll just have to see for yourself.

Rating: 6/10 – although Davis steals the limelight and gives an indelible, finely-tuned performance, Izzy Gets the Fuck Across Town is let down by an uneven script and less than interesting secondary characters; that said, Papierniak isn’t afraid to throw in some odd stylistic choices that at least show he’s trying to do something different, and there’s a terrific moment that involves a bathroom, a change of lighting, and the exposure of past regrets.