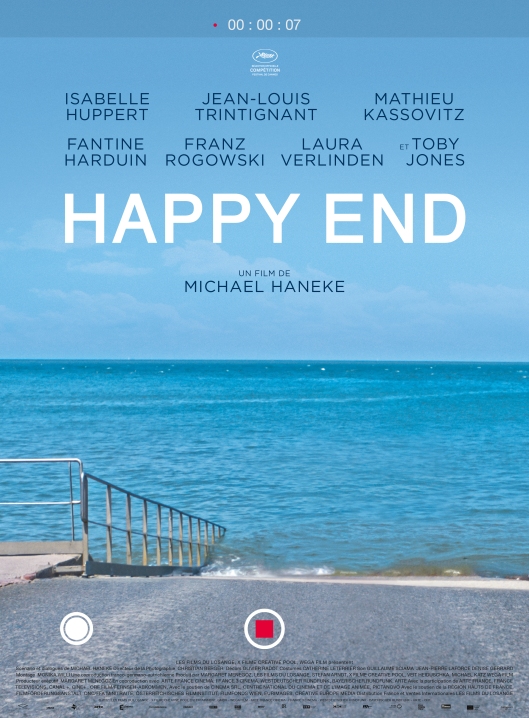 For the Laurent family, life is full of challenges. Patriarch Georges (Trintignant) is in his mid-Eighties and suffering from dementia. He has two children, Anne (Huppert), who runs the family construction business, and Thomas (Kassovitz), who is a well respected surgeon. Anne is divorced, but has a grown son, Pierre (Rogowski), who is in line to take over the family business, but he has a drink problem and is prone to angry outbursts. Thomas is married to Anaïs (Verlinden), who is his second wife; they have an infant child. He also has a twelve year old daughter from his first marriage, Eva (Harduin). Eva comes to live with her extended family when her mother falls ill from an overdose of tablets and is admitted to hospital. As she navigates both a bigger family and a bigger house (in Calais), Eva soon learns that everyone has their secrets, from Georges’ determination to commit suicide while he still has the mental and physical will, to her own father’s extra-marital activities, and Anne’s unwillingness to let Pierre assume control of the family business. In different ways, each supposedly well kept secret is revealed over the course of a short space of time, and the Laurents are exposed as the dysfunctional people they truly are… 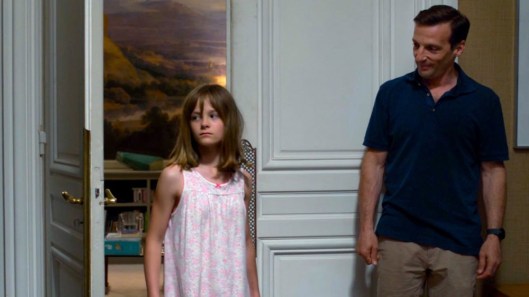 If you’re a fan of the work of Michael Haneke, then you’ll no doubt appreciate the irony of his latest movie being called Happy End. Here, happiness is in very short supply, and when it is “allowed out” (as it were), it isn’t for long. With themes such as suicide, depression, alcoholism and immorality highlighted within the narrative, it’s no wonder that this is at times heavy going, with no light at the end of the tunnel for either the characters or the audience. Sombre movies such as this one don’t necessarily have to be a chore, or “difficult to watch”, and Haneke is a master at teasing out the most obscure of motivations for his characters’ behaviour, and making them telling, but here the knack seems to have abandoned him. This is a dour soap opera populated by people who are stuck in the routine melodramas of their daily lives and have no idea of how to change anything – except to make themselves even more unhappy. The odd one out is Anne, whose relationship with British lawyer Lawrence (Jones), provides the only expression of hope in the whole movie.

With terrible events happening in isolation or viewed from a distance – a collapsed retainer wall at a Laurent construction site early on is a great example – Haneke ensures that the audience is kept at a distance from both the events themselves and the characters who experience them. This has the effect of dulling the emotional pull of such scenes and denying the audience any connection with what’s happening and to whom. When Pierre visits the family of a construction worker injured during the collapse of the retainer wall, Haneke opts for a long shot from beside Pierre’s car. When Pierre is assaulted, the camera remains fixed, even when he staggers back to the car. This distancing has the effect of negating any sympathy we might have for the character, or any sense of shock or outrage. Only the concern of a passerby registers as an emotional response, but again, Haneke’s approach appears unconcerned with such details. Inevitably, it’s hard to work out just what Haneke is trying to say, or even if he has a message for us in the first place. The situations and conversations Georges et al experience are interesting on a basic level but rarely resonate, and when they do, it’s in a superficial, stylistically clever yet empty fashion that makes you wonder why anyone would want to spend time with such a bunch of self-absorbed ingrates.

Rating: 6/10 – with impressive cinematography by DoP Christian Berger that enhances Olivier Radot’s equally impressive production design, it’s a shame that Happy End emerges as a cold, uninvolving melodrama that tries too hard to make you care about its characters; still, the performances are good – Huppert is superb in what at times feels like a supporting role – but as they’re in service to a script that isn’t quite as well thought out as it needed to be, this remains, at best and worst, the movie version of a curate’s egg.