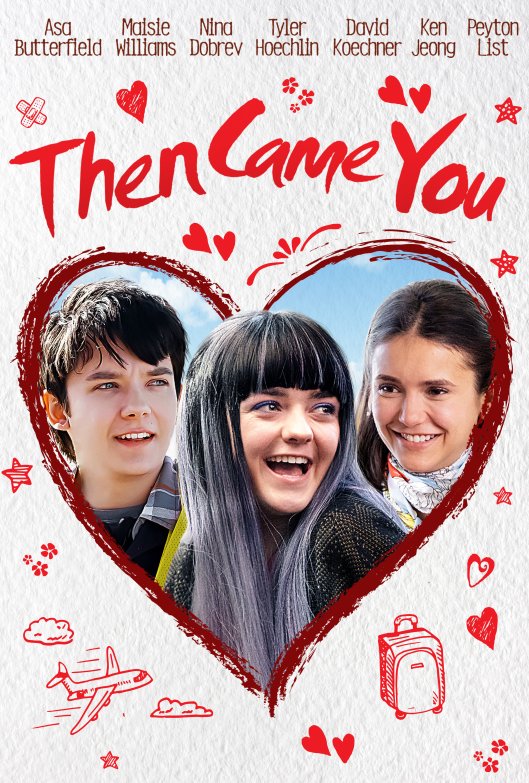 Calvin (Butterfield) is nineteen and a committed hypochondriac: he keeps a journal of his symptoms, and is a regular at his long-suffering doctor’s. When his doctor sends him to a cancer support group in the hopes that it will put Calvin’s “problems” into perspective, he meets Skye (Williams), a sixteen year old whose condition is terminal. Skye latches on to Calvin, and browbeats him into helping her tick off the items on her bucket list. As they get to know each other better, and Calvin sees how Skye copes with her illness (and her impending demise), his own fears and worries begin to fall away, and he even entertains the idea of talking to the woman of his dreams, an air stewardess called Izzy (Dobrov) (Calvin works as a baggage handler at the local airport). With Skye and Calvin’s friendship helping both of them to recognise what’s important in their lives, a reticence on Calvin’s part threatens his budding relationship with Izzy, while Skye comes to realise that the items on her bucket list aren’t as important as she first thought… 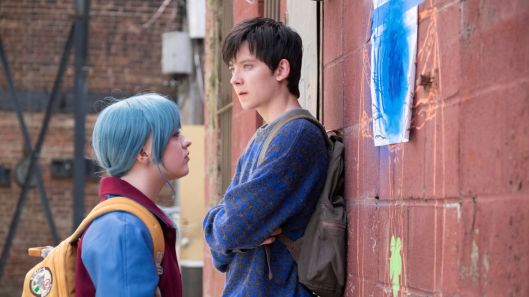 And we’re back… in that strange realm where teenagers are saddled with the kind of emotional baggage that can only come from having back stories forged in the mind of a cruel screenwriter (here the wonderfully named Fergal Rock). Calvin’s hypochondria is the by-product of the guilt he feels for surviving the car accident that killed his twin sister when they were eight. Skye’s devil-may-care attitude hides her genuine fear of dying before she’s had a chance to really experience life. And in true movie fashion, their friendship allows them both to shrug off the emotional chains that they’ve allowed themselves to carry around (like teenage versions of Jacob Marley’s ghost), and to become better people as a result. All of which begs the question, just why is teenage suffering so widely explored in the movies? And why is it so often explored in such a lightweight, overly familiar, and generally superficial manner as it is here? Even if you had never seen this kind of movie before, you’d still be able to work out its dynamic and where it’s headed, and pretty quickly too. It’s a strange conundrum – why keep combining a coming of age drama with a tragic, illness of the week scenario? 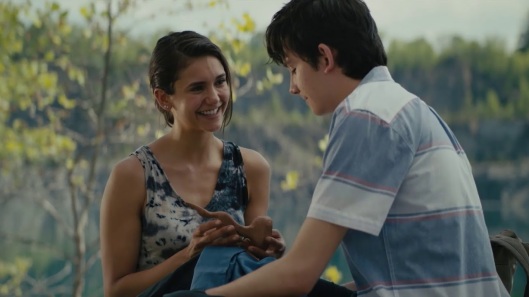 In the hands of Rock and director Peter Hutchings, Then Came You lacks surprises, depth, and any appreciable consistency in the tone of the material, preferring instead to make an amiable comedy out of dying, and to use one character’s terminal illness to make another character feel better about themselves. If this leaves a nasty taste in the mouth, it’s as nothing to the scene where Calvin takes Skye to visit his sister’s grave, and explains how she died. It’s such a monumentally insensitive thing for Calvin to do, and yet you can tell this is meant to be one of those “important” moments that speaks to the pain he’s been suffering (poor thing!). Badly thought out as it is, it could have been a whole lot worse, but thanks to the combined efforts of Butterfield and Williams, scenes such as this one, and many others, look and sound better than they would do under closer inspection. Their performances (and Dobrov’s) are enjoyable, and their efforts allow Calvin and Skye’s relationship to appear more credible than it has any right to be. And this all speaks to the overall problem that the movie struggles to overcome: it never feels real and it never feels as if you could ever meet the likes of Calvin and Skye in real life.

Rating: 4/10 – with its central message – if you’re feeling bad about yourself, go find someone who’s worse off than you – Then Came You is a romantic comedy drama that plays derivatively as a romance, uneasily as a comedy, and disastrously as a drama; its attempts at being quirky fall flat, and without its talented cast to prop it up, it would all collapse like a poorly cooked soufflé, an analogy that is entirely apt once you realise just how little this movie has to say about death, love, and finding happiness.