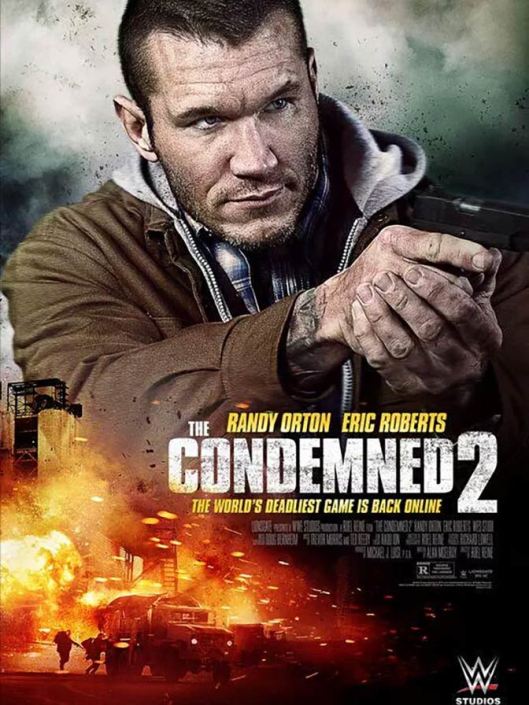 The world of The Most Dangerous Game gets another hackneyed, played out already diversion in the form of The Condemned 2, yet another WWE Films exercise in low budget stupidity. You can imagine the meeting where such a movie is discussed and agreed: men in sharp suits sitting around asking themselves which WWE superstar they should employ in their latest cheaply produced action thriller, and which already expired concept should they put him in. And though Randy Orton has already paid his dues in 12 Rounds: Reloaded (2013), someone clearly felt that one embarrassing WWE movie on his CV wasn’t enough.

But what further movie to shoehorn him into? And then someone had the idea, the creative challenge that would make all the difference, and that would show a solid commitment to enhancing Orton’s onscreen career: a sequel to a movie made eight years before, and which had an actual budget and a degree of in-built credibility with its casting of “Stone Cold” Steve Austin and Vinnie Jones. Yes, someone said, let’s make a sequel to The Condemned (2007).

But then someone else must have interrupted all the cheering and the backslapping and the hearty congratulations for solving such a weighty issue. And that person must have said, “hang on, before we get carried away, we haven’t got the same kind of money to make a sequel that we did the original”. And everyone would have nodded their heads in agreement, acknowledging that the studio’s run of action movies over the last five years had underperformed spectacularly, and that as a result, budgets had been trimmed to within an inch of a WWE Diva’s waistline. So what to do? Come up with another idea? 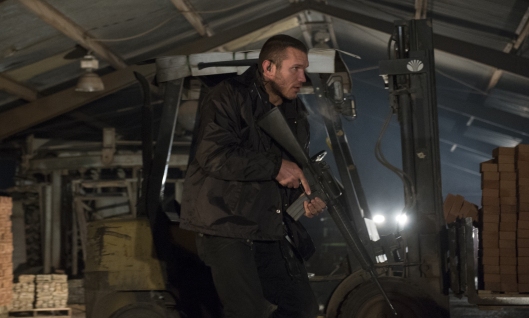 The answer was clearly no. The answer was to scale back the production values of the original – obviously – and scale down the size of the original’s plot. Instead of a nationally televised manhunt taking place on a remote island, and Jones’s twisted psycho hellbent on killing Austin’s noble hero, how about a twisted psycho putting pressure on the team of an ex-bail bondsman to take part in hunting him through the dusty arroyos of New Mexico? Cue more nods of agreement, a phone call to Orton’s agent, the drafting of a production schedule, and hey presto! one more movie out of the starting (Lions)gate.

As quickly and as cheaply made as The Condemned 2 is though, it’s still a masterpiece in comparison to some of WWE Films’ other releases – Knucklehead (2010), and Leprechaun: Origins (2014), yes, we’re talking about you guys. But it does push the boundaries of credibility from the very start, as Orton and his team of heavily armed bail bondsmen infiltrate the hideout of a very bad man indeed (played by Studi), who’s worth a million if they bring him in alive. After much gunplay and a standoff between Orton and Studi, Orton kills the very bad man and is subsequently convicted of involuntary manslaughter (but he’s given a two year suspended sentence, so that’s okay). But Orton quits the bail business and decides he’s having nothing more to do with guns or criminals or running around in the middle of the night chasing bounties.

Of course, that’s what he thinks. In the meantime, Studi’s second in command, a shifty-looking sleazebag called Raul (Quezada) has set up a bizarre gambling casino in an abandoned industrial plant, where high rollers can bet on the outcome of the latest game in town: hunting the ex-bail bondsman. Having coerced/threatened/blackmailed his team to try and kill Orton, Raul encourages his bloodthirsty clientele to bet heavily on each encounter. But Orton proves unsurprisingly difficult to kill (note to WWE execs: how about that for a movie title?). As he struggles to get to the bottom of why his friends suddenly have murderous intentions toward him, Orton looks perplexed and confused, and often seems to have forgotten he has lines of dialogue. In comparison, while Orton underacts, Quezada takes up the shortfall and overacts like a ramped-up kid with ADHD. 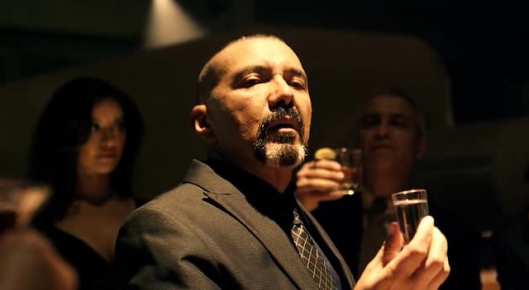 Soon though, Orton finds out what’s going on thanks to one of his team showing some balls, and aided by his father (played by Roberts) and another of his team that he convinces to help him, Orton heads for Raul’s casino-cum-hideout, and against a backdrop of several dozen explosions, comes face-to-face with his nemesis. Yes, it’s not exactly Shakespeare, and nor should it be, but aside from its use of a drone as a way of Raul keeping track of what’s happening with Orton, there’s very very very little that either makes sense or shows any sign of an inventive approach to the material or the narrative. The script is credited to Alan B. McElroy, and if that name rings any kind of a bell, then it’ll be because he wrote Wrong Turn (2003), The Marine (2006), and way back, Halloween 4: The Return of Michael Myers (1988). (You should now have a pretty good idea just how bad the script is.)

Thankfully though, McElroy’s script has been put in the hands of low-budget action movie specialist Roel Reiné, whose recent career has seen him wrestle equally unwieldy storylines and plots to life, and often for WWE Films. One thing Reiné is good at is injecting energy into often tired screenplays. He’s also adept at boosting them by virtue of a visual style that allows for unexpected camera angles during fight scenes, and particularly here, some stunning overhead (drone-PoV) shots that look amazing, and show off the New Mexico landscape to impressive effect. They’re not enough to outweigh the dreary predictability of the script, or the muted performances of the cast (Quezada’s aside – he really needed a moustache to play with to complete the portrayal), but they do add rare moments of sunshine in an otherwise gloomy offering.

There are more WWE movies waiting in the pipeline to be released on an unsuspecting audience, and while there’s no sign that any of them will be better than The Condemned 2, one thing can be taken for granted: they’ll follow WWE Films existing template for making these kinds of movies: take one WWE superstar, add a few fight scenes and a handful of explosions, throw in a psychotic bad guy, and combine all these elements into a less than compelling whole, and on the stingiest budget possible. Next up? Dolph Ziggler and Kane in Countdown (2016). Now how can anyone pass that up?

Rating: 4/10 – there are worse WWE-backed movies out there, but this still takes some explaining in terms of its stitched-together script and performances that make no effort to connect with each other; not even strictly a sequel to the original, The Condemned 2 ambles awkwardly to its pyrotechnic-heavy conclusion, and provides further evidence that rather than enhancing its superstars’ careers, these kind of outings seem more of a punishment than a reward for their work in the ring.