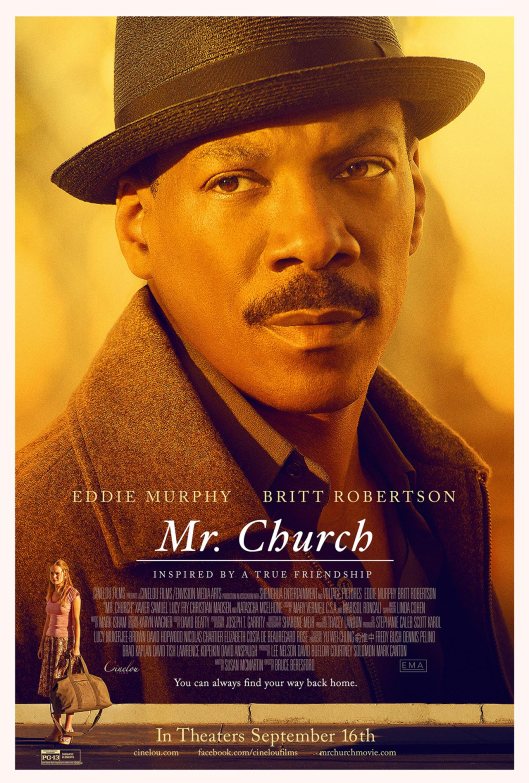 In 1971, something unusual happens to single mother Marie Brooks (McElhone) and her ten year old daughter Charlotte (known as Charlie) (Coughlin): they find they have a cook. His name is Henry Joseph Church (Murphy), and he is effectively a legacy from the man who was Charlie’s father. Employed to look after Marie and Charlie after her father’s death, Mr. Church – as he likes to be called – has been paid to look after them for the next six months. The timescale is important because Marie has breast cancer and has been given that amount of time to live, though she hasn’t told Charlie any of this.

At first, Charlie doesn’t want Mr. Church in their home. But once she tastes his cooking, she slowly comes around to the idea that having him there during the day is a good idea. He brings books into the home that Charlie begins to read, and he makes things easier for Marie. But after six months, Marie is still alive, and is still alive again in six years’ time, though much sicker by now. When Charlie (Robertson) is asked to the prom by the boy she likes, Owen (Samuel), she doesn’t want to accept because she’s afraid Marie won’t be alive by then, but Marie confounds expectations and even helps her decide on a dress. Throughout all this time, Mr. Church has been the rock that both women have relied on; the only thing that bothers Charlie is that after six years, she still doesn’t know anything about him. 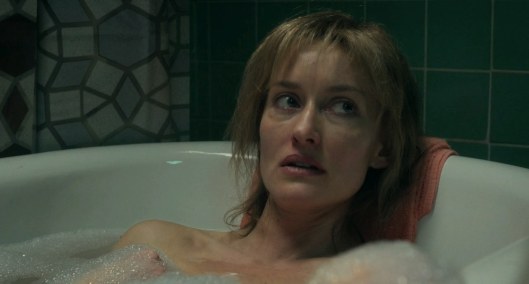 But one night she sees him going into an infamous club called Jelly’s. She doesn’t say anything, and soon after she goes off to Boston University, helped in part by savings Mr. Church has put aside for her. There she meets new people, works hard, and winds up pregnant. Unsure of what to do, she returns home, and with her mother no longer alive, she goes to Mr. Church’s home. He lets her stay on the condition that she continues to respect his privacy. She agrees, but later on, the temptation to find out more about him, leads her to break that one rule and in doing so, bring an end to their relationship.

Putting aside the Beverly Hills Cop retread that was made for TV in 2013, Eddie Murphy hasn’t appeared in a movie since A Thousand Words (2012). In fact, since he made the execrable Norbit (2007) his career has consisted of four theatrical releases, and five outings as Donkey (from Shrek) on both the big and the small screen. Once upon a time, Murphy was the world’s biggest movie star. Now he’s rarely seen at all, and when he is, there’s precious little fanfare. Mr. Church is a movie that has slipped under most people’s radar, and it’s indicative of both Murphy’s place in the acting firmament, and it’s likely reception, that this movie isn’t being promoted more heavily. It’s a small movie, to be sure, but one that has a lot more going for it than might be readily expected. 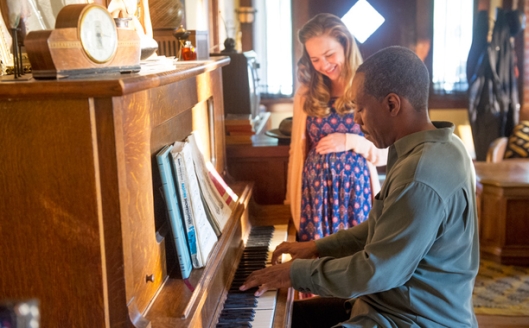 For starters, there’s Murphy’s portrayal of Henry Joseph Church. Henry is a quiet, proud man, though he has his demons (as Charlie discovers when she stays with him). Murphy focuses on the man’s quiet demeanour, his initially reserved, almost calculating approach to being Marie and Charlie’s “cook” (he becomes so much more to both of them), and the way in which his relationships with them give his life a greater meaning. And even when he’s dealing with his inner demons, what is more impressive in terms of the character is the alacrity with which he can forget about those demons and continue to be supportive of Charlie and Marie. Murphy doesn’t strike a false note throughout (though an angry outburst nearly takes the shine off, coming across as an awkward line reading of an equally awkward piece of dialogue). Like a lot of comedians, Murphy is a fine, dramatic actor, and here he judges the character and the emotional links to the narrative with quiet aplomb, grounding a movie that at times can strike the viewer as being cloyingly sentimental.

But Murphy is the antidote to that feeling, even when he’s involved in some of that overly sentimental material. Mr. Church is a guardian angel, someone who knows exactly what to do in any given situation, and the former star of movies such as The Golden Child (1986) and Vampire in Brooklyn (1995), effortlessly redeems himself for some of the dreadful movies he’s made in the last twenty, thirty years. Using a neutral expression for the most part, Murphy still manages to evoke feelings and responses in the viewer that a lot of actors would struggle to achieve across a movie lasting five times as long. And in conjunction with Britt Robertson, he’s found someone who can match him in terms of displaying their character’s emotional stance without resorting to an exaggerated acting style. Mr. Church is a tearjerker, and one that works best because of the understated way in which its characters are played.

That’s not to say that the movie is entirely successful, though. Given the era it all takes place in, you could be forgiven for thinking that at some point, racism will rear its ugly head, but there’s not one scene that addresses the issue directly. This makes it seem as if the story is taking place in an historical vacuum, an idea that is further compounded by the realisation that Mr. Church doesn’t have a family of his own, or even friends, and his emotional well-being is entirely dependent on the white family he works for. There are moments where this is highlighted, and awkwardly, leaving the viewer with the suspicion that any such notions were ignored or removed during the movie’s production. But equally, it’s a measure of the movie that as race isn’t an issue for Marie and Charlie, then their acceptance of Mr. Church is a valuable lesson in how to make a movie about just the characters and their relationships, and not about any extraneous issues such as race or creed.

Some may find that the movie is overly and severely sentimental, but this, for once, isn’t a bad thing. There are several moments where the emotional message behind the movie is turned on like Xmas lights, and while these moments do stick out from the rest of the material, it’s a tribute to veteran director Bruce Beresford (and his cast) that they don’t overwhelm the episodic storyline, or prove too off-putting. There are also times when the characters avoid talking to each other, and almost in deference to Jack Nicholson’s character in A Few Good Men (1992) when he tells Tom Cruise’s character that he “can’t handle the truth”. These moments can be frustrating, but by the time you’ve registered the frustration, the story has moved on and the “danger” has passed.

Having previously directed the likes of Driving Miss Daisy (1989) and A Good Man in Africa (1994), Beresford is a good choice for the director’s chair, adding layers of subtlety when required, and allowing emotional outbursts to happen without their feeling staged, or pulling the viewer out of the narrative. He keeps things very simple throughout, and doesn’t allow the various “tragedies” that occur during the narrative to define the characters, leaving them free to grow in their own way. Even secondary characters such as Madsen’s Army vet with a drink problem are allowed to shine at various points in the movie, and while some of them may feel extraneous to things, they all have their place in driving the story forward. It all helps Mr. Church to become more than just a deft “feel-good Samaritan movie”, and more of an ode to (mostly) uncomplicated, mutually dependent and rewarding relationships.

Rating: 7/10 – with its simple message, and even simpler approach to the material, Mr. Church might seem, at first, to be lacking in depth, but thanks to good performances from Murphy and Robertson, and pertinent direction from Beresford, the movie has more to offer than meets the eye; easy to watch and even easier to admire for what it gets right, Murphy’s latest outing won’t win many awards or attract great swarms of viewers, but it is worth seeing as a reminder that he’s still a very talented actor indeed.