With Halloween and all things spooky just around the corner – unless you’re the BFI and you have the chance to screen John Carpenter’s seminal Halloween (1978), which you do, though not on 31 October, but on the 17th instead – here are ten horror movies you would do well to steer very, very clear of in 2017.

1 – Friday the 13th – After their dreadful remake of the original Friday the 13th (1980), back in 2009, Platinum Dunes try again with another version. Originally planned for release this year, the movie has been put back to October of next year, and with very little in the way of a plot or storyline to be had, this seems to be a production that’s either being made as part of a contractual obligation, or as another attempt at making a quick buck off of Jason Voorhees’s fan club. 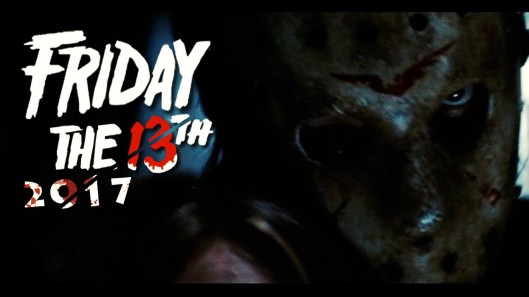 2 – Rings – First there was the Japanese original, Ringu (1998), then the inevitable US remake, The Ring (2002), along with sequels from both countries. And now Sadako Yamamura is back, crawling out of another (the same?) well, and killing more people who’ve watched her doing so. The trailer for the movie shows events happening on board a plane, which begs the question: how is everyone on board going to receive a phone call seconds after the video has ended?

3 – World War Z 2 – The first movie started off strong then fell to pieces in its final third, but made enough money to (financially) warrant a sequel. Scheduling problems saw director J.A. Bayona leave the project early on, and little is known – surprise, surprise – about the plot except that it follows on directly from the first movie. Brad Pitt is back, but right now there’s no word on who will be joining him, and with so much up in the air at the moment, there’s a good chance that the movie won’t even see the light of day.

4 – Saw: Legacy – Proving yet again that if you’re making a horror movie series, and you include the words The Final Chapter in what is supposedly the last in the series, then all it means is that a further sequel will turn up eventually. Saw: Legacy is a continuation of the series, but one that nobody really wants or needs. With Jigsaw having been killed off long ago, let’s hope this one doesn’t get bogged down in trying to connect itself with previous outings, and tries at least to do something different, though the phrase, “Let’s play a game”, now seems a little ironic.

5 – Amityville: The Awakening – If ever there was a property that needed to be torn down and never built on again, then it’s 112 Ocean Avenue in Amityville, New York. Not because of the terrible, tragic events that occurred there in November 1974, but because it might stop movie makers from flogging this particular cinematic dead horse (this is the ninth movie overall). That it’s attracted a crop of well-known names – Jennifer Jason Leigh, Gabriel Mann and Bella Thorne – might encourage some viewers, but with none of the previous entries having garnered much critical support between them, this is unlikely to be any different.

6 – Annabelle 2 – The first movie somehow managed to gross over $250m at the international box office, so a sequel was inevitable, but the basic plotline makes it all sound more confusing than it needs to be, as it seems to provide another origin story for the doll with the rosy cheeks. It’s in the hands of David F. Sandberg (Lights Out), but this is unlikely to stray too far from its The Conjuring roots to be any more effective or challenging (except maybe to watch). 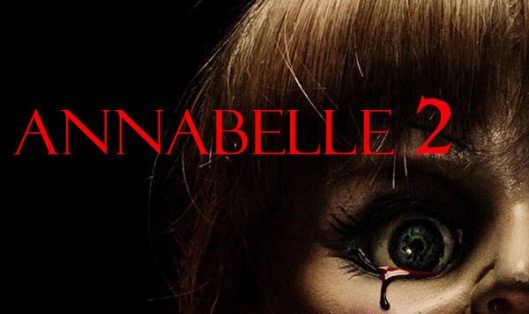 7 – Suspiria – The original, superbly directed by Dario Argento, is a classic Italian horror, and a movie that is a perfect illustration of the phrase “lightning in a bottle”. Argento was never able to replicate or even come close to the power of his now-signature movie, and there’s no indication here that director Luca Guadagnino will manage to come close to it either. And as if to further handicap the movie’s chances of being anywhere near as good as the original, the producers have seen fit to hire Chloë Grace Moretz – a seriously bad move; haven’t they seen Carrie (2013)?

8 – Insidious: Chapter 4 – Another horror sequel where the basic plot is unknown (even to the makers?), this at least brings back Lin Shaye as troubled psychic Elise Rainier, so there’s a degree of quality attached to this movie, but with this many trips to the well already, the likelihood of returning scribe and creator Leigh Whannell fashioning anything really scary is limited. Consistently good box office returns have gotten the series this far, but that’s not necessarily a good thing.

9 – Halloween: The Night Evil Died – With Laurie Strode no longer around to fend off or foil her tortured brother, Michael Myers, this outing (the eighth, ignoring Halloween III: Season of the Witch (1983) and the two sequels made by Rob Zombie) has no option but to fall back on the time honoured tradition of there being a wider family presence for Michael to kill in a variety of semi-cool ways. The series ran out of steam a long while back, and as with every other movie on the list, it seems that the producers haven’t caught on yet.

10 – Hellraiser: Judgment – It’s hard to believe perhaps – and especially because most of the previous entries have gone straight to video – but this will be the tenth Hellraiser movie, and in keeping with that particular milestone, much is being promised by writer/director Gary J. Tunnicliffe. But this has the air of a movie being made to ensure Dimension Films retain the franchise rights, and if history has anything to say about that particular motive, then this will be very disappointing indeed.