NOTE: This is a new strand on thedullwoodexperiment. Each day (hopefully) I’ll be celebrating an actor or actress’s birthday by listing five of their more interesting movie roles. These won’t necessarily be their most famous roles; instead it will be an attempt to highlight some movies that people might not be aware they’ve appeared in, or parts that have been overlooked.

The star of Halloween (1978) and its cleverly titled sequel, Halloween II (1981), has been making movies since she debuted in John Carpenter’s iconic slasher movie. Away from that particular franchise, she’s been married to Arnold Schwarzenegger in True Lies (1994), befriended a homeless Eddie Murphy in Trading Places (1983), swapped bodies with Lindsay Lohan in Freaky Friday (2003), and been seduced by John Cleese in A Fish Called Wanda (1988). She’s a versatile actress who has maintained her career without appearing in too many bad movies (though you might want to give Halloween: Resurrection (2002) a miss), and has a bright, engaging personality that no doubt has contributed to her popularity. Over the course of thirty-seven years she’s made movies in a variety of genres. Below are five of those movies, all of which are well worth checking out, both for her performances in them, and just by themselves.

This romantic drama was a change of pace for both Mel Gibson and Curtis, with its mix of scientific experiment gone awry and requited long-lost love proving successful at the box office. Curtis is the nurse who helps Gibson’s Thirties US Army Air Corps pilot adjust to being adrift in time, and with the help of JJ Abrams’ script, takes a fairly conventional love interest role and makes more of it than expected.

John le Carré’s tale of a con man (played by Geoffrey Rush) who gets in too deep with a British spy (played by Pierce Brosnan) in Panama is a gripping thriller that gives Curtis one of her better dramatic roles as the con man’s wife who hasn’t got a clue just how dangerous things are getting around her. Curtis gives a low-key, sympathetic performance, and her scenes with Brosnan are some of the movie’s best. 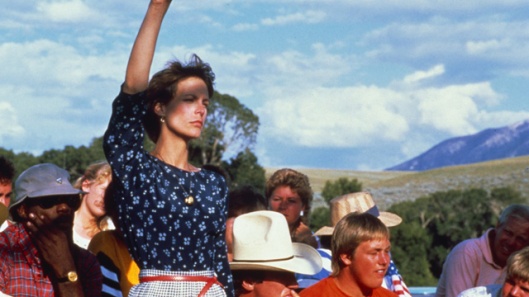 In this earnest slice of wish fulfilment, a young boy who refuses to play another game for his Little League baseball team until nuclear weapons are abolished, and whose decision is taken up by a professional basketball player, features Curtis as the basketball player’s agent. It’s a standard, almost formulaic role – at first she doesn’t agree with her client’s decision, then she sees the light – but again, Curtis adds lustre to a role that most actresses would have just walked through.

Here, Curtis gets to play the bad girl as the unhinged mother who abandons her family for three years, and doesn’t like it when her husband divorces her and starts a new relationship. Curtis’s mad mom isn’t averse to the odd attempt at murder, and the actress plays her character borderline crazy and appropriately nasty, making this the only occasion where she’s played the psycho rather than been chased by one (and she looks good as a blonde). 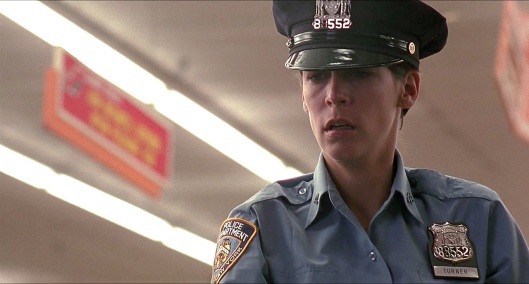 Kathryn Bigelow’s third feature is a twisted obsessive stalker variant that pits Curtis’s rookie cop against Ron Silver’s sadistic killer, and gives Curtis one of her most effective and challenging early roles. Her character is certainly put through the wringer, but Curtis proves to be more than a match for the material, and this is perhaps one of her very best performances, despite how much of it is played at fever pitch.