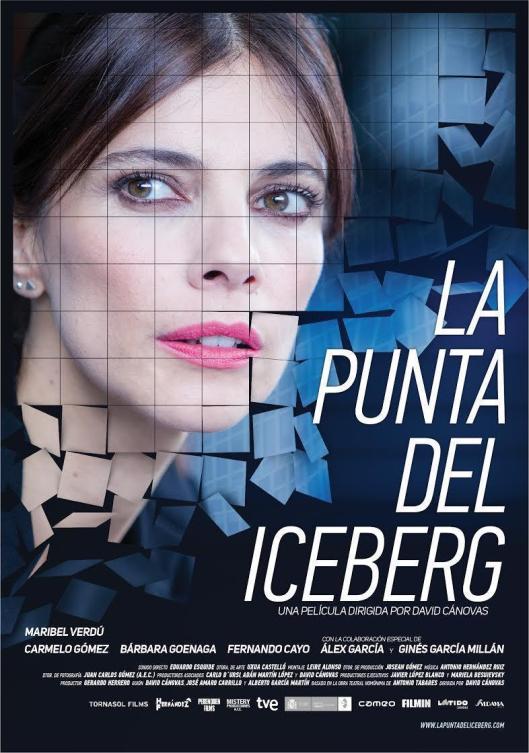 Why have three employees at the Tecnocentro offices committed suicide in the last few months? Is there a link between the three untimely deaths? And if there is, is their work the link? These and other questions, and any answers, become the responsibility of project manager Sofia Cuevas (Verdú). Tasked by her boss, Enzo (D’Ursi), with visiting the offices, speaking to the staff there, and compiling a report, Sofia isn’t too keen on the idea. Unable to get out of it, she arrives there and meets the head of the Tecnocentro division, Carlos Fresno (Cayo). He’s abrasive, abrupt, and won’t entertain the idea that there is any link between the three men other than that they were unable to deal with the pressures associated with their jobs.

Unimpressed by Fresno’s uncaring attitude, Sofia is further dismayed when she learns that the office she is allocated to work from, was the office of the last man to kill himself, Marcelo Miralles (Millán). She talks to Miralles’ secretary, Gabriela Benassar (Goenaga), and begins to get the feeling that not all is right at Tecnocentro. As she learns more about the demands made of the employees there, she begins to suspect that Fresno’s management skills leave something to be desired, and that he’s guilty of bullying people. But is it enough to link the three men, or even to explain why they took their own lives, and all at the Tecnocentro offices? 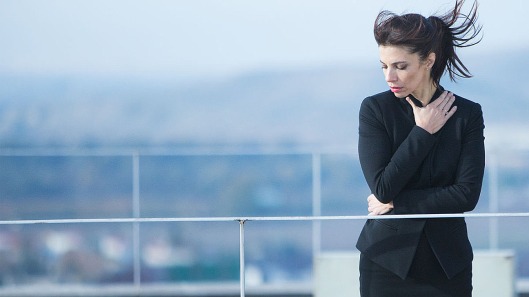 Sofia eventually learns far more than she expected about Fresno’s management style, and is provided with enough evidence to see him dismissed. With a further tragedy looming, and Fresno making it clear to Sofia that if she writes the correct report she can expect a promotion and the commensurate raise, she is faced with the possibility that her investigation is merely a matter of protocol. But if it is, how can she proceed, and how can she ensure that Fresno’s bullying isn’t ignored or swept under the carpet?

The answer to that final question is, in the end, quite an obvious one. The viewer is given advance warning of how The Tip of the Iceberg will end soon after Sofia arrives at Tecnocentro and she receives a certain phone call. Everything that happens between that particular call and the one that closes the movie is largely filler; the viewer doesn’t have to have seen many corporate thrillers to know that the company is up to no good, that it views its employees as entirely expendable, and that the bigwigs in charge have no intention of making any changes – and especially if it will affect the bottom line.

So the movie offers nothing new in terms of plot or storyline. It’s clear from the start that Sofia is regarded by her male bosses as dependable in a way that is also patronising. She doesn’t have much of a life outside the offices where she works, she says she’s still in a relationship with a botanist when anyone asks but later reveals that she isn’t, and her reputation as being tough and uncompromising precedes her to the Tecnocentro building. She’s a “safe pair of hands”, expected to go in there, do her job (as instructed), and come back. She’s not expected to rock the boat. 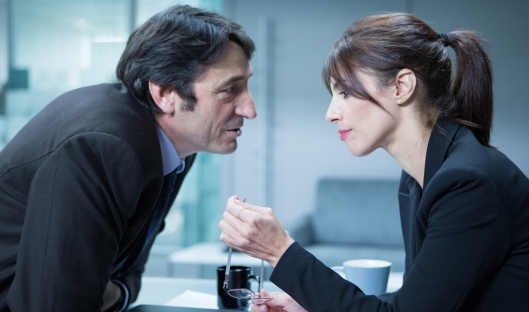 But while Sofia may be tough and uncompromising, she also has standards, and worse still for the company she works for – which is never named – she has principles too. When her investigation reveals levels of bullying for which there can be no justification, it’s Sofia’s quiet outrage that ensures this matter won’t be swept under the carpet, or left to wither and die for lack of attention. But despite all this, she’s still a woman in a predominantly man’s world, and the movie articulates this throughout, sometimes cleverly, though usually with a bluntness that is actually a little tarnished thanks to the way in which it’s driven home.

Elsewhere in the script, which is an adaptation of a play by Antonio Tabares, and was co-written by director Cánovas, José Amaro Carrillo, and Alberto García Martín, there are quite heavy doses of sexism, with Álex García’s super-confident Jaime Salas hitting on Sofia at every opportunity, and her role as investigator being undermined by almost everyone who she comes into contact with. This is meant to be a damning critique of the entrenched ideas at the heart of modern business ethics, but while it has some merit on that level, it’s laboured use within the movie doesn’t add anything to the basic storyline. The same goes for the way in which Goenaga’s exploited secretary, Gabriela, is treated by both Miralles and Fresno (and which leads you to wonder why she works at Tecnocentro in the first place). 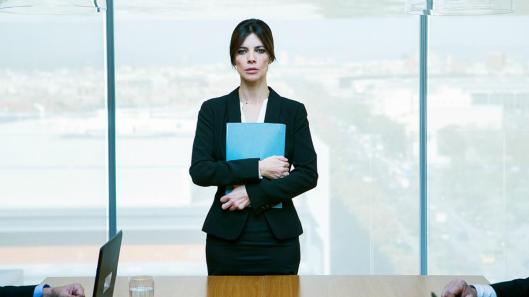 But while the movie doesn’t offer very much in the way of originality, it does feature impressive – and expressive – art direction by Uxua Castelló that is admirably enhanced and emboldened by Juan Carlos Gómez’s chilly cinematography. The Tecnocentro offices are open-plan yet claustrophobic at the same time, and there’s a surface glamour to everything that belies the distress and desperation being experienced by most of the employees. Adding to the sense of unease and dismay that permeates the visuals is a quietly angry performance by Verdú that anchors the movie and provides the viewer with someone to eventually root for (such is our first impression of Sofia: that she has adopted the don’t care attitude of her male colleagues in an effort to fit in, that we don’t trust her to see or understand the problems going on at Tecnocentro).

Making his feature debut, director David Cánovas has created a dangerous world of expediency and mistrust that doesn’t allow Sofia to be herself until she’s faced with the logical, and tragic, extension of the management style – profits before employees – that she is a willing part of. As he explores this notion, Cánovas makes some salient points about modern technology’s demands on people’s time and effort, and the way in which large corporations or companies justify their constant chasing after profits as the only way they can validate themselves. It’s just a shame that these points are used in service of a largely pedestrian plot, and aren’t expanded on to make sure that the somewhat tepid thriller elements are allowed to have more of an impact.

Rating: 7/10 – some viewers may be wondering, “Is that it?” by the movie’s end, but The Tip of the Iceberg is a slow-burn drama that seems like it’s not trying too hard, but which has a steeliness to it that makes up for the lack of originality; Verdú is on fine form as usual, and strong supporting turns from the likes of Gómez (as an unreliable union rep) and Goenaga help bring a strong sense of humanity to a movie that points out how badly some employers can behave – and deliberately so.