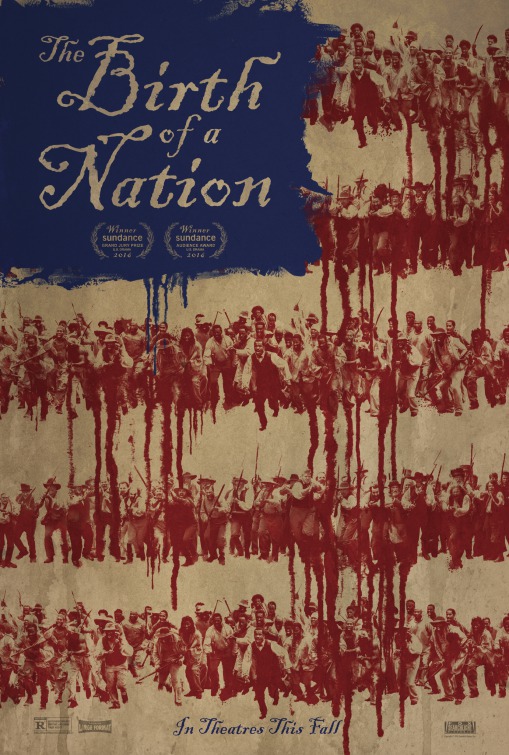 The Birth of a Nation reaches our screens trailing controversy and dismay by being an historical movie focusing on certain direct issues, but having to deal with other indirect issues as well (but more of these later). A retelling of the Southampton County, Virginia rebellion led by Nat Turner in 1831, in which a slave uprising started by Turner led to the deaths of around sixty-five white people – men, women and children – and over two hundred and fifty black people. Turner managed to recruit around seventy slaves and free men to his cause, but the rebellion was quashed after a couple of days. Turner avoided capture for over two months before he was discovered hiding in a field. He was convicted at trial and sentenced to be hanged.

Those are the bare bones of a tale that director/writer/actor Nate Parker has chosen to make into The Birth of a Nation. For anyone unaware of the Southampton County rebellion, this movie will likely prove illuminating on a basic level, but Parker has chosen to make his own version of the rebellion, ignoring certain facts and events in order to make a more dramatic movie (as if a rebellion wasn’t dramatic enough). So, this isn’t an historically accurate movie, it’s an interpretation of the events that took place in Southampton County up to and including the rebellion. It’s important to make this point, “up front” as it were, because in doing so, Parker has actually managed to make a movie that lacks the impact the rebellion must have had at the time.

We see Nat first as a child. He’s taken by his mother (Ellis) to a tribe of blacks living in the woods. They tell him that the birthmark he has means he’s destined to be a prophet. This sets the tone of the movie: that Nat will grow up into an adult whose destiny is to change… well, actually, we never know, because Parker never gets around to telling us. Of course, he’ll eventually fight for freedom and seek to overturn injustice, but as a young child he’s encouraged to read by his owner’s mother (Miller), and is treated with all appropriate fairness for the time and the place he’s a part of. Young Nat takes to the Bible, and from there we see him grow into a young man who is a credit to both himself and the family who remain his owners, and who are now embodied by his childhood friend, Samuel Turner (Hammer).

So for the best part of an hour, Nat is well respected and regarded by Samuel and everyone around him, and life is good, despite the obvious limitations such as needing a written pass to travel outside the grounds of the Turner estate, and being struck repeatedly for offering a kindness to a white woman. He gains a reputation as a preacher, persuades Samuel to purchase a young woman, Cherry (King), who later becomes his wife, and manages to avoid raising the ire of local slave catcher, Cobb (Haley). But although Nat is well aware of the position that he and his fellow slaves are in, and the various ways that things can go wrong for them all, he lacks any will to do anything about it.

It’s only when Nat is hired out as a preacher, and begins to see just how bad things are at other plantations, that he begins to rethink things. One particular incident, followed by the brutal assault of his wife by Cobb and his men, leads Nat to anger, and a desire for revenge against “the white man”. He gathers a number of other slaves, and they begin their rebellion by attacking Samuel and his household before heading to other parts of the county, killing indiscriminately as they go. It’s not long before they come face to face with Cobb and his men, and a fight to the death ensues. Nat manages to escape and goes into hiding. 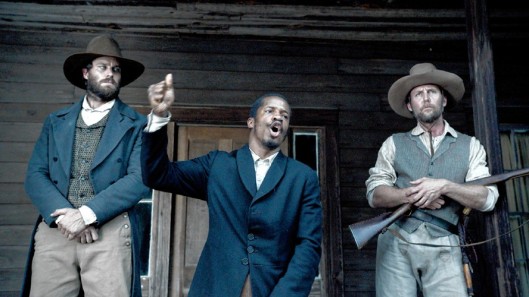 All this is pretty standard fare, with Parker portraying Turner as a man who turns his back on the society that’s treated him well enough until he begins to question that society more closely. Which actually makes the small matter of motivation a bit of a problem, because Parker the screenwriter doesn’t give Parker the actor anything to work with, other than a handful of Bible passages that he gets to deliver in an angry fashion, or, when he’s confronted by Cobb, as a defiant call to arms. Parker struggles in all departments to show us the anger and the passion behind Nat’s decision to rebel, or why he would descend so quickly and easily into violence. Yes, there’s the appalling treatment of slaves, yes, there’s the institutionalised racism of the times, and yes, there’s the personal injuries done to him and Cherry, but in Parker’s hands none of this adds up to Nat being the instigator of a rebellion. The change comes about too quickly, and as with many movies, this change appears to come about solely because the movie needs to move on.

Against other movies such as 12 Years a Slave (2013) or A House Divided: Denmark Vesey’s Rebellion (1982), The Birth of a Nation – a title that doesn’t mean anything in the context of what happens in the movie itself – is too restrained in its approach to be entirely effective. Aside from one very disturbing scene involving a slave being force fed, Parker keeps everything on an even dramatic keel, with plot and story developments coming along when required, and all played out in a way that keeps the viewer at a distance. The look and feel of the movie owes a lot to the style and structure of Roots (1977), but without that series’ attention to character, or its narrative drive. Here, by the time Nat gets around to starting his rebellion, the average viewer will be glad to have gotten through all the sub-par dramatics that have gone before, and will be looking forward to the movie gaining some forward momentum. 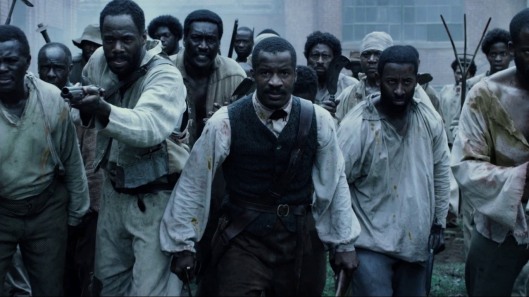 Performance-wise, it’s Parker’s movie, with the likes of Hammer (subdued surliness), Boone Jr (straggle-haired insouciance), Miller (pained resignation), Haley (gnarly aggression), and King (unfaltering sweetness) reduced to minor roles, and having the barest amount of depth or characterisation to work with. But it’s also Parker’s movie in terms of direction, and here he’s found wanting. And like so many other directors working from their own scripts, he’s not able to find solutions to the problems that one provides for the other. There are jarring moments where continuity is derailed (one involving Samuel will have audiences shaking their heads in confusion), moments where the pace of the movie slows to a crawl, and moments where Parker’s inexperience as a director leaves the movie avoiding any complexity in the story he’s telling.

In the right hands, Nat Turner’s story could have been a powerful, impassioned examination of an event that had far-reaching effects on how slavery was regulated, and which could be said to have made things far worse for the slaves of the antebellum South. But for now we’ll have to make do with Nate Parker’s version of events, which strives to make a hero out of an ordinary man who advocated wholesale bloodshed as the drive for his rebellion, and who was found hiding in a hole covered by fence rails rather than nobly giving himself up as Parker shows here. And Parker, whose past has distracted too many people from focusing in the right direction, has made a movie that ultimately lacks cohesion, and in doing so, has possibly done a greater disservice to Turner’s legacy than anyone since those tumultuous days in Southampton County, Virginia.

Rating: 4/10 – a broad, uninspired approach to an important moment in black history, The Birth of a Nation lacks finesse, complexity, and energy; Parker’s attempts at multi-tasking do the movie no favours, and there’s a stale air of tiredness about the whole thing that transmits itself to the viewer, all of which makes the movie a bit of a chore to sit through.