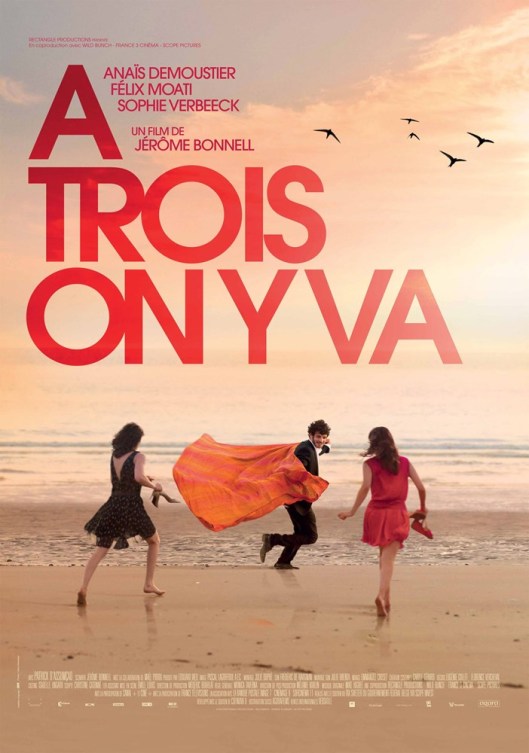 Mélodie (Demoustier) is a young defence lawyer working and living in Lille. She’s also in a relationship with Charlotte (Verbeeck) that’s lasted for five months. Unfortunately, Charlotte has also been in a relationship with Micha (Moati) for four years. Mélodie and Charlotte have managed to keep their affair a secret from Micha, but for Mélodie it’s reached a point where she wants Charlotte to commit to her. Charlotte has been a little distant recently, and following Micha’s return from a trip away, an evening spent together leads to Micha unexpectedly declaring to Mélodie that he has feelings for her. Against her better judgement she kisses him.

Over the next few days, Mélodie becomes further involved with Micha, while both of them attempt to maintain their individual relationships with Charlotte. They take chances that could lead to them being found out, and Mélodie does the same with Charlotte. While all this is going on, Mélodie receives bad news from her boss, William (d’Assumçao); he needs to let her go due to the likelihood of his being disbarred. He does at least recommend her to another law firm based in Paris, but with everything that’s happening, she doesn’t know if she wants to take up the offer. 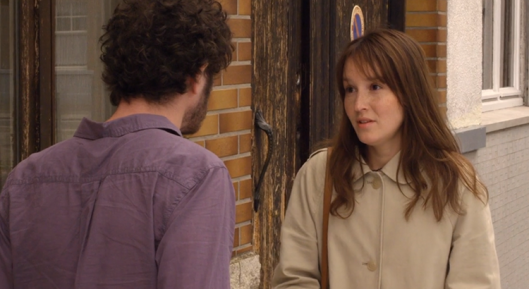 Things almost come to a head at a party that all three attend. Charlotte invites Mélodie who initially begs off because of work, when instead she’s arranged to meet up with Micha. Micha has told Charlotte that he’s going out with work colleagues; she’s told him that she’s tired and will be staying at home. Micha and Mélodie arrive together, but she manages to make it look as if she’s come alone, and Charlotte remains unsuspicious of any relationship between her boyfriend and her lover. Later that night, and back at Micha and Charlotte’s apartment, both of them sneak into Mélodie’s room on separate occasions and attempt to reassure her that each will try and convince Mélodie to live with them now her job is winding up. But when she’s called out to provide defence counsel for someone she’s defended before, it triggers a response for honesty in Mélodie that brings matters to the fore, and the trio to a place that none of them could have predicted.

Ah, the French – they do love an off-beat, quirky romance, especially if it involves two women and a man. Over the years they’ve explored probably every possible twist and complicated convolution in their efforts to provide a wide-ranging exploration of love and romance and the highs and lows that go with them. But All About Them! is possibly the first time that the phrase ménage à trois has turned out to be a completely inadequate description for writer/director Bonnell’s charming, if mostly too broad, romantic drama. By making the inter-relationships between Mélodie, Micha and Charlotte so complicated in terms of arranging the characters from scene to scene, there are times when the movie borders on farce, though thankfully it never falls into the trap completely. 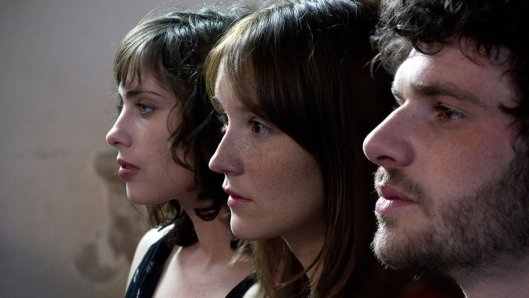 But while Bonnell’s screenplay tries to play it straight with the characters’ feelings, some of the motivations remain obscured by the dramatic need for secrecy between them. Mélodie’s work as a defence lawyer reveals a pride in winning; we see her winning cases involving a pervert and a suspected terrorist. Her ability to avoid the truth of her clients’ innocence or guilt goes some way to explaining why she keeps her relationship with Charlotte a secret, but at the same time she clearly enjoys getting her own way. Why she’s allowed things between them to go on for so long is never properly addressed. Equally, Charlotte’s inability to choose between Mélodie and Micha smacks more of convenience that an actual emotional dilemma. And Micha’s admission of his feelings for Mélodie, although clearly the means by which the main narrative is set up, never loses the sense of its being engineered rather than an organic development.

With the various romantic entanglements lacking any appreciable depth, the movie is rescued by its trio of central performances. Demoustier is a particular delight, her pale, delicate features capable entirely of showing the various degrees of romantic confusion and commitment that Mélodie experiences throughout, as well as a moment of tearful epiphany after she’s called out to attend the local police station. There are times when Demoustier’s open, expressive face tells the viewer everything you need to know about how Mélodie is feeling at any given moment, and it’s her skills as an actress that often elevates the material. As Micha, Moati has the enviable task of being in love with two striking women at the same time, and he plays the role with obvious relish, though not without recognising the often callow nature of his romance with Mélodie. In some ways it’s an awkward role, precisely because of Micha’s carefree, unconcerned attitude towards betraying Charlotte, but Moati makes him surprisingly likeable. As the third member of the trio, Verbeeck has the least to do, and beyond looking melancholy and withdrawn for the most part, plays Charlotte as a free spirit drawn into relationships that she doesn’t feel entirely comfortable with. Even though it’s the minor role of the three, Verbeeck’s distant glances and sanguine approach to the character makes her the most interesting, and when she’s on screen the viewer can’t help but be drawn to her. 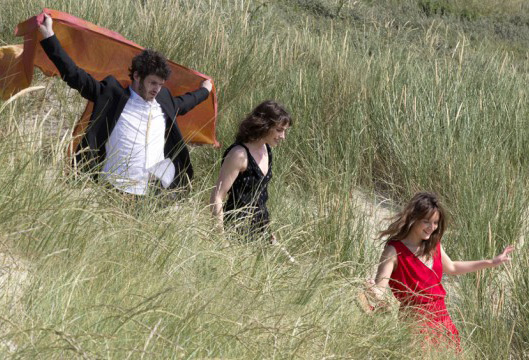 Bonnell orchestrates the various “near misses” with easy-going aplomb, though he does misjudge a scene where Mélodie and Charlotte are kissing in a bar and Micha is outside, oblivious to their presence behind him. Otherwise he avoids banality by peppering the script with witty observations on romance and the craziness of the characters’ situation. The drama remains parboiled throughout but is absorbing enough, though the movie ends too suddenly with one of the characters making an abrupt decision that allows for an unnecessary, and too pat, resolution. By this stage, though, Bonnell and his talented cast have done enough to involve the audience to the degree that they’ll want to know how things pan out (even though they may find themselves feeling disappointed). There are a couple of subplots threaded into the narrative, but Mélodie’s reacquaintance with her pervert client aside, they remain largely ineffective, and add little to the overall proceedings.

Rating: 6/10 – a romantic drama suffused with awkward comic moments, All About Them! shows a lot of promise, but ultimately lets itself down on the drama front by making each relationship less than absorbing; good performances from Demoustier, Moati and Verbeeck keep Bonnell’s semi-effective script from falling down completely, and there’s enjoyment to be had from the various ways that Bonnell keeps his characters in the dark about each other, but otherwise this won’t meet most viewers’ expectations.