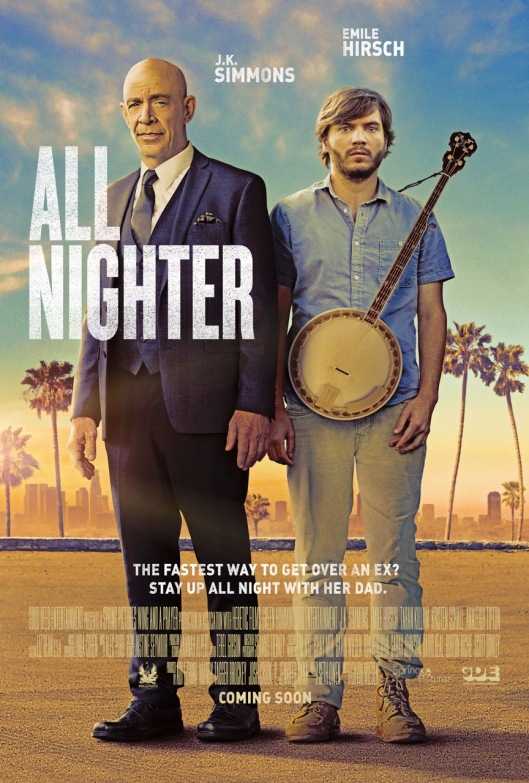 Martin (Hirsch) is a struggling musician who plays the banjo in an on-again, off-again band. Ginnie (Tipton) is his beautiful, confident girlfriend. Frank (Simmons) is her workaholic father who spends most of his time abroad. Frank and Ginnie’s mother are divorced. Martin is intimidated by Frank, even though Ginnie tells him he shouldn’t be. When the three of them meet up for dinner, Martin continues to be intimidated, Ginnie continues to be reassuring, and Frank proves to be aloof and unimpressed by Martin. It’s almost but-not-quite, the dinner from hell.

Fast forward six months and Martin is woken one afternoon by someone at his door. He finds Frank on his doorstep looking for Ginnie. He hasn’t been able to get hold of her for a couple of days and is worried. But Frank is unaware that Martin and Ginnie split up three months before. However, Frank is a resourceful man, and when Martin remembers that Ginnie went to stay with their friends, Gary and Roberta (Killam, Schaal), he coerces a still mostly intimidated Martin into helping him find her. The pair soon find that Gary and Roberta have their own issues (some of it involving cheese) as well as the address Ginnie has moved to. Unsurprisingly, though, they can’t find it, and Frank and Martin begin searching for Ginnie through the places she’s worked at. 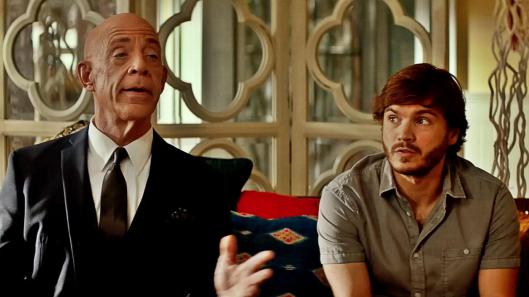 Soon they learn that Ginnie is seeing someone new, someone referred to as Mr Hot Stuff. But they’re still no nearer to finding her, despite some promising nods in the right direction, and Frank’s persuasive way with strangers. Along the way they encounter an assortment of Ginnie’s friends and work colleagues, get into a couple of fights, fall foul of the law, and (inevitably) learn that they have more in common than they thought. And by the end of the night, both men will have also learnt a lot about themselves as well.

A variation on the mismatched buddy movie, All Nighter is an amiable, good-natured comedy that – to its credit – doesn’t try too hard to make its audience like it, and as a result, proves to be endearing and enjoyable. In terms of the hoops that Seth Owen’s script makes Frank and Martin jump through, there’s nothing too outrageous (though a certain sex toy is likely to give the average viewer pause for thought), and if any offence is given, then it’s unlikely to have been intended. The only moment where the script teeters off-balance and seems like it’s about to fall into character disrepute is when Martin calls someone a rapist. It’s an odd misstep in a movie that’s as genial and inoffensive as you’re likely to see all year.

Despite its amiable nature, the movie does have several key strengths. One is the pairing of Simmons and Hirsch. Trading somewhat on his character from Whiplash (2014), Simmons plays Frank as a controlling, no-nonsense, humourless man of mystery (he works in “procurement”), and the actor’s stony, icily bemused features are a joy to watch as he displays his continual annoyance at everything and (almost) everyone around him. He’s contained, conservative, and contemptuous of Martin’s more freewheeling, carefree lifestyle. In contrast, Hirsch portrays Martin as the direct opposite of Frank: he’s insecure, unable to make decisions, and he’s not quite as concerned as Frank is over Ginnie’s apparent disappearance. He even has the solution to the problem of finding her (it involves knowing just who to speak to), but he allows Frank to talk him out of doing it.

As a double act, Simmons is ostensibly the straight man, and Hirsch the funny one, but their characters are such that those roles flip back and forth between them throughout the movie. Each has some damning things to say about the other, and each has some encouraging things to say about the other, and it’s in this way that Owen and second-time director Wiesen tease out the growing friendship between the two. It’s not unusual in this kind of movie for two markedly different characters to find a common ground and a mutual understanding, and All Nighter is exactly that kind of movie, but here it’s done in such a slow, unforced manner that it very nearly creeps up on the viewer before they’ve even realised it’s happened. 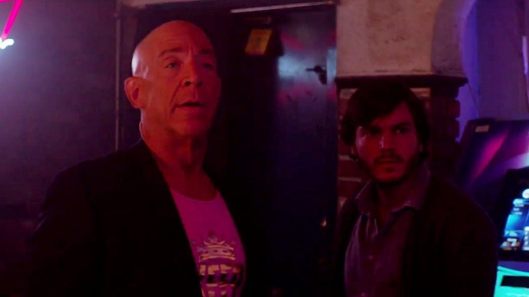 With both actors on very good form, it’s heartening to realise that one of the movie’s other key strengths is the simple nature of its storyline. Too often these days, too many movies feel as if they have to be edgy or dark or quietly subversive (or even openly subversive), and it’s to All Nighter‘s credit that it doesn’t try to be anything other than a straightforward search for someone who’s missing. There are the necessary obstacles that have to be overcome before they can be found, but none of the obstacles here feel forced or contrived. A lot of the humour comes out of the characters rather than the situations they find themselves in, and a lot of the drama – yes, there’s drama as well – is similarly well-rooted. You may not be surprised at what happens, but at least everything is in keeping with the basic set up.

By keeping everything fairly low-key and on an even keel (two more of its key strengths) , the movie does risk losing the viewer’s interest, and some of the minor characters are one step removed from being stereotypes, but this is a movie that needs to be approached purely as a pleasant, undemanding hour and a half that won’t change your life or make you want to take on the world. Instead it’s that rare thing: a movie that has modest ambitions and achieves them through a modest approach and an awareness that what it’s doing isn’t going to have critics falling all over themselves to praise it. Kevin Costner might call it “neat”, others may damn it with faint praise, but if you sit down to watch All Nighter in the right frame of mind, then it won’t disappoint you.

Rating: 7/10 – you won’t find anything original or different on show in All Nighter, but in this case that’s not a bad thing, as this is the kind of agreeable, diverting “fluff movie” that is the cinematic equivalent of comfort food; back in the Thirties, Hollywood used to churn dozens of movies like this every year, and now they’re looked on with fondness, a fate that wouldn’t be inappropriate for this movie in another eighty years from now.