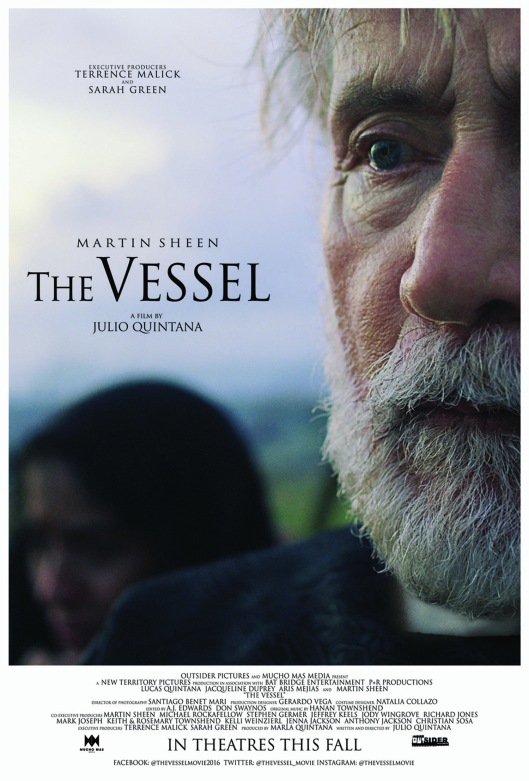 At a small town on the coast of Puerto Rico, tragedy hangs heavy over the residents. Ten years before, a tsunami destroyed the elementary school and claimed the lives of forty-six children. The women, who all wear mourning black, have vowed never to have any more children, and the church services are largely unattended due to the townspeople’s loss of faith in God. Leo (Quintana), whose younger brother was one of the children who died, lives with his mother, Fidelia (Duprey), and is one of the few young men remaining in the town. Fidelia has remained grief-stricken since the tragedy, and has retreated into a world of her own.

Leo feels obliged to stay and look after his mother, even though the local priest, Father Douglas (Sheen), has told him that arrangements could be made for her to live another couple in the town. However, there is another reason for his staying, a widow called Soraya (Mejias). Leo has been entranced by her for years, and hopes one day they can have a relationship. Meanwhile, a chance to leave comes along when Leo’s friend, Gabriel (Delgado) announces his plan to leave town and start a new life elsewhere. On Gabriel’s last night in town they go out, have too many drinks, and at the end of the night, while at the sea wall, both fall into the water below. 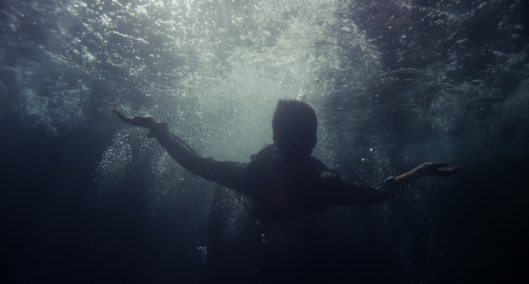 Both are drowned, and their bodies taken to the town’s makeshift morgue. Hours after he has died, Leo returns to life. Father Douglas views it as a miracle (though he makes no more of it than that), while the townspeople view it initially with suspicion, making the sign of the cross when they pass Leo on the street. However, church attendance increases, and Father Douglas sees the beginnings of a return to faith amongst the community as a whole. Leo feels emboldened enough to speak to Soraya, and a relationship begins to develop between them. At the same time, Leo is compelled to build first a shelter, and then a boat from the debris left in the church. Why he does this he doesn’t know, but he is convinced that it will float if it’s put out to sea. He plans to put his own rediscovered faith to the test, but some of the townspeople, wanting Leo to provide miracles for them, turn against him (and the church) when he’s unable to give them what they want, and they turn to sabotage as a means of hurting him…

A movie about renewed faith and rediscovered hope in a community that has shackled itself to the idea of perpetual penance, The Vessel is a rich, contemplative movie that tackles its religious themes with a modicum of proselytising, and which provides a thoughtful and thought-provoking approach to the material. All of the townsfolk – except for Leo – are waiting on a sign, an indication that God has not forsaken them in the wake of the tsunami. They want the deaths of their children to have some kind of meaning, and when finally they receive the sign they’ve been waiting for, it’s not what they’ve expected: a drowned man returned to life is the kind of message that seems to be taunting them: why him and not their children?

Crucially, it’s a question the movie, written and directed by Julio Quintana (making his first feature) never answers, settling instead for alluding to Leo as a Christ figure come to free the townsfolk from their self-imposed emotional prisons. But Leo isn’t interested in helping the townsfolk, in fact, he’s not even sure he’s helping himself. His actions in building the boat certainly have an effect on the people and friends he’s known all his life, but as Quintana the director/writer is keen to point out, whatever message there is, it’s as open to interpretation as any other message might be. This allows Quintana the director to show the townspeople’s varied reactions to the fact of Leo’s resurrection, and to focus on the way that these reactions are less concerned with regaining hope and faith than in exploiting potential solutions to their own grief and fears (and without too much forethought, as well).

Leo pursues Soraya with a determination that brooks no interference or rebuke, and their tentative, sensitively handled courtship shows both of them taking a leap of faith – Leo in acting on his feelings, and Soraya in allowing herself to have feelings again. Their romance provides the movie with a strong emotional core, while elsewhere Quintana focuses on notions of grief, sadness and religious fragility. All of these aspects are addressed in a simple, straightforward way that keeps the movie from descending into unnecessary melodrama, and allows it to maintain an even tone throughout. But it’s still the town’s lack of faith that infuses the narrative, and though it becomes clear by the movie’s end that the townsfolk have regained some of their faith (in God and each other), it’s also clear that it’s not come about because of any religious imperative. This is why Father Douglas appears to be more tolerated than needed.

As the beleaguered priest, Sheen is a major draw for the movie, and his character’s involvement with Leo and the townspeople occupies a good part of the movie’s running time. It’s a measured, delicate performance from Sheen, who provides Father Douglas with a sense of ennui that perfectly explains the priest’s inability to make significant changes to the spiritual health of his flock. He’s too weighed down by the intransigence of the townsfolk, and despite his best attempts, he has no answer for it. As the source of reawakened feelings within the townspeople, Leo is perhaps an unwitting instrument of God, but Quintana leaves that up to the viewer to decide, and uses Leo’s own reluctance to engage with religion as a powerful way of sewing doubt as to the validity of Father Douglas’s claim that his return to life is a miracle.

The Vessel (and there’s no prizes for guessing who or what the title refers to) is also one of the most beautifully shot movies of 2016, thanks to some truly impressive location photography by Santiago Benet Mari. The visual acuity brought out by such spectacular surroundings creates a sense of natural beauty that is almost hyper-real, and even the interiors have a conspicuous harmony that complements the gorgeous exteriors. Quintana organises his characters within the frame so that they too seem like an organic part of the scenery, and some compositions are so striking they’re capable of making the viewer say, “Wow!” – and more than once.

Rating: 8/10 – a modest movie with modest ambitions, The Vessel succeeds in surpassing those ambitions to provide audiences with an earnest, yet genuine look at unfettered sorrow and dissipated faith; bewitching, and with good performances all round, Julio Quintana’s debut feature is honest, unpretentious, and above all, effortlessly absorbing from start to finish.