If you’ve seen the first trailer for The Dark Tower, and if you’ve read the series of novels by Stephen King, then chances are you’re already wondering what the hell is going on. While fans and non-fans alike of King’s fantasy magnum opus have been in agreement over the casting of Idris Elba as Roland Deschain, the Gunslinger, and Matthew McConaughey as Walter Padick, the Man in Black, there’s been little understanding of the movie’s structure or the makers’ intentions in telling King’s vast story. How much of the first volume, The Gunslinger, is going to be included? Is this the first of a series of movies, or as suggested in the past, will the next incarnation be shown on television as a mini-series before it all returns to the big screen? And how long will it be before we reach the conclusion of King’s tale? 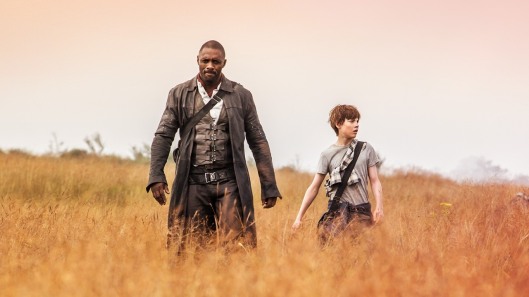 Well, again, if you’ve seen the first trailer then you might have noticed that all those questions are actually irrelevant. For while The Dark Tower takes elements from all eight volumes, it is essentially a sequel to all of them, as the action takes place some time after the events of the final volume. Now bearing that in mind, is this the first adaptation in a series of projects derived from The Dark Tower novels, or is this the first in a series of projects based on The Dark Tower novels? It seems to be the latter, which means that credited screenwriters Akiva Goldsman, Jeff Pinkner, Anders Thomas Jensen, and director Nikolaj Arcel have decided to come up with new material. Which makes the next question a resoundingly obvious, Why? King has given them everything they need to produce a movie (or series of movies/TV shows) that would do justice to his literary endeavours. Instead, like so many adaptations of his work, it appears they’ve decided to go their own way with the material.

King himself appears to be happy with the way The Dark Tower is going, but for anyone who’s read the books and feels the same way about them as fans of The Lord of the Rings did when Peter Jackson stepped up to bring Tolkien’s classic to the big screen, this feels less and less like a viable proposition and instead like one more cinematic offering to join the dozens of other below-par movies that have been made out of King’s work in the past.

Agree? Disagree? Couldn’t give a ka-tet one way or the other? Let me know by leaving a comment.