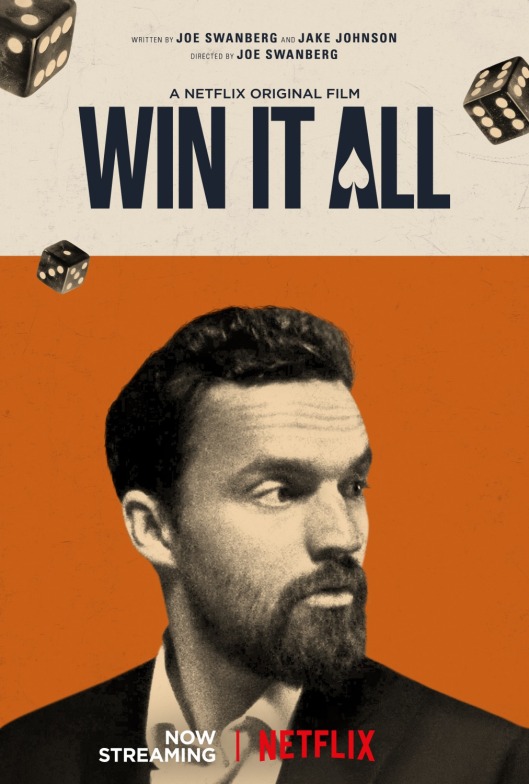 Eddie Garrett (Johnson) is a compulsive gambler. He supports his addiction by working at odd jobs such as parking cars at a sports stadium. He’s in his thirties, isn’t in a relationship, and has no ambition beyond having enough money to bet at his local casino each night. One day an acquaintance of his called Michael (García) makes him a proposition: if Eddie can look after a bag for him while Michael spends time in gaol, there’ll be $10,000 for him when Michael gets out. The only proviso is that Eddie doesn’t look in the bag. Believing himself entirely able to look after the bag, Eddie accepts, but it’s not long before he looks inside it and discovers it contains a lot of money. Eddie convinces himself that it’s okay to take $500 from the bag and use it to gamble. He does so, and he wins over $2,000.

While he’s out celebrating his good fortune, Eddie meets a nurse called Eva (Derbez) and they hit it off. But while they tentatively begin a relationship, Eddie’s gambling addiction leads to him losing the money he’s won, and then using even more of Michael’s money until he’s lost over $21,000. At this point, Eddie decides to turn things around. He goes to work for his brother, Ron (Lo Truglio), at his landscaping business, starts attending GA meetings under the supervision of his sponsor, Gene (Key), and stays away from gambling. He and Eva grow closer and closer, but just as it looks as if everything is going to be okay, Michael calls to say he’s going to be released early. With no other way of recouping the money he’s lost, Eddie takes the rest of Michael’s money and gambles on winning big at a high stakes game… 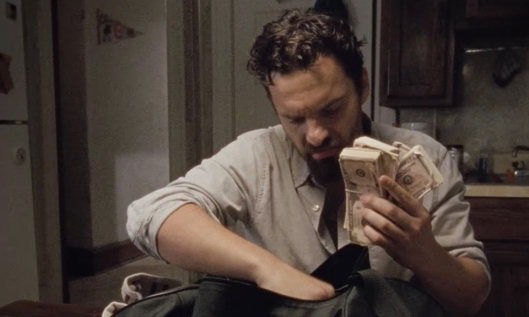 The directorial career of Joe Swanberg is one that has been consistently entertaining and enjoyable, from early low-budget features such as Hannah Takes the Stairs (2007), and Uncle Kent (2011), through to more polished outings such as Drinking Buddies (2013) and Digging for Fire (2015). The common component in those last two movies and Win It All is Jake Johnson, an actor for whom Swanberg’s off centre, idiosyncratic style of moviemaking (albeit heading toward a more mainstream vibe with each release) seems a perfect match for the actor’s ability to play the careworn, loveable loser with humanity and disarming depth. Such is the case here, with Johnson and Swanberg’s collaboration on the screenplay giving the movie a rough charm that belies the darker themes of addiction and personal dysfunction. Eddie is a classic indie loser: he’s a good person with everyone except himself, and he can’t always understand why Life treats him so badly.

With Eddie being such a recognisable character, it’s not a surprise to learn that the movie as a whole is predictable, although it’s a benign predictability that actually serves the movie well. Win It All is awash with honesty and charm, and it tells its familiar story with a great deal of sincerity. Swanberg has a way of exploring well worn themes with a fresh eye, and with Johnson’s input has made a movie that speaks of redemption in terms of doing what is best and not necessarily what is right. It’s a refreshing angle, and it isn’t delivered in a preachy, patronising manner, but instead it arises naturally out of the situations that Eddie finds himself in. Johnson is ably supported by Derbez and Lo Truglio while Key contributes yet another terrific supporting turn as Eddie’s credulous sponsor. Swanberg and Johnson cram a lot in, but it’s all delivered at a considered, effective pace that suits the narrative well… until the end, that is, which is rushed and feels out of sorts with what’s gone before. But then, just as you think the story is over, a mid-credits scene flips the ending on its head and reveals that the price of redemption is much higher than Eddie, or the viewer, could have expected.

Rating: 8/10 – a winning look at the efforts of a gambling addict trying to go straight, Win It All has plenty to lure in the viewer and reward them for their attention; the movie makes a virtue of its simple plot and flawed central character – and the milieu he inhabits – allowing the material to shine in often unexpected but very, very enjoyable ways.