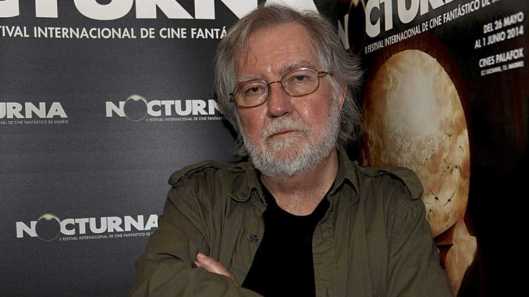 Like many of his horror movie contemporaries, Tobe Hooper began his career with a bang, but then saw fewer and fewer of his movies gain a similar kind of recognition. And like so many of his contemporaries, he retreated to television, where he worked steadily for around fifteen years. His career was one he might not have been able to predict, though, as during the Sixties he worked as a college professor and documentary cameraman. It wasn’t until he assembled a small cast of college students and teachers and made a small, yet hugely influential feature based upon the infamous Ed Gein, that Hooper stepped into the limelight as a movie maker. The movie, the uncompromisingly titled The Texas Chain Saw Massacre (1974), broke new ground in the horror genre, and is still as uncomfortable to watch today as it was over forty years ago. It also introduced audiences to a new horror icon in the form of Leatherface.

The movie was such a success that Hooper’s future career seemed assured, but projects didn’t always come his way, and some that he took on, such as The Dark (1979) and Venom (1981), led to his being fired once filming had begun. Around this time, Hooper redeemed himself enough to land the job directing a script written by Steven Spielberg, called Poltergeist (1982). To this day, Hooper’s credit as the movie’s director has been continually challenged, with members of the production crew adamant that Spielberg directed the movie and not Hooper. Hooper himself always said that Spielberg did some second unit work “to help out”, but whichever way the truth lies, the movie bolstered Hooper’s reputation but still not enough for him to be working regularly. It wasn’t until he signed a three-picture deal with Cannon Films that it appeared he was fully back on track, but those pictures were heavily cut by Cannon during post-production, and Hooper’s intentions for all three movies were dealt a series of savage blows that helped critics afford Hooper some of the worst reviews of his career so far.

Following his terrible experiences with Goram and Globus, Hooper turned to television where his credits included work on series such as Freddy’s Nightmares, Tales from the Crypt, and Masters of Horror. He made the occasional movie during this period, but a couple of better than average shockers aside, he made the kind of horror movies that made audiences question how the same director could have made something as visceral and uncompromising as The Texas Chain Saw Massacre. However he felt about the way his career had turned out, Hooper never complained about his seeming lack of good fortune over the last thirty years, and appeared content to be regarded as the creator of a genuinely disturbing horror movie, and a handful of cult classics.

There was always more to Hooper than most people gave him credit for, and he was always aware that his career could have been so much better in terms of the quality of his movies. But he always persevered and did the best he could with often very limited resources (as he did back in 1974), but there were too many occasions where his skill as a director was at odds with the needs of his producers, and Hooper’s work was bowdlerised in the process. Nevertheless, he continued to work exclusively in horror and science fiction, and unlike, say, George A. Romero or Wes Craven, he never tried to work outside those two genres. Hooper knew where his talents lay; it was just a shame that few producers – including Spielberg – were ever prepared to let Hooper have free rein. If they had, perhaps there would be more classic movies on his resumé than just the one that launched his career.