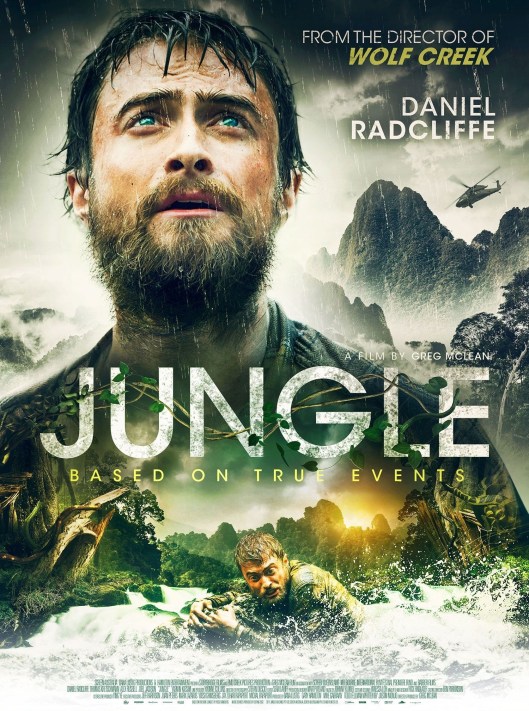 After serving three years in the Israeli military, and forgoing his father’s wish that he study to become a lawyer, Yossi Ghinsberg (Radcliffe) travelled to South America where he spent time travelling around the region until he wound up in Bolivia in 1981. There he made two new friends, Swiss school teacher Marcus Stamm (Jackson), and Marcus’s friend, Kevin Gale (Russell), an American and an avid adventurer-cum-photographer. Yossi also met an Austrian named Karl Ruchprecter (Kretschmann). Karl persuaded Yossi and his two new friends to go on an expedition into the jungle to find a lost Indian tribe that Karl was certain could be found. They set off on foot, and were soon miles from any kind of human habitation. But the dynamic of the group began to sour, especially when Marcus’s feet became badly blistered and he became unable to keep up the pace. With the expedition only partly completed, Karl announced that he was going back on foot, but that the others could use a raft to traverse the river that would take them to their destination. Marcus went with Karl, and Yossi and Kevin put together a raft and set off. But when the current proved too strong, and an accident caused the two to be separated, it left Yossi alone in the jungle, and with no tools to help him survive or find his way to safety…

As Jungle is based on the book of the same name by Ghinsberg himself, there’s no surprise in how the movie ends, but what is surprising is how compelling it all is once Ghinsberg is separated from Kevin, and the perils of being lost in the jungle become all too apparent. However, before all that, the viewer has to wade through some fairly tortuous scenes in the first hour, where the four main characters are introduced but without providing them with any appreciable depth, or Yossi aside, any clear motivations as to why they’re all there in the first place. Karl remains a mystery right until the end, when we learn something very important about him, while Kevin and Marcus come across as the unfortunate tag-alongs who share part of Yossi’s trials and tribulations, but whose own dilemmas don’t rate as much interest in Justin Monjo’s straightforward screenplay.

Once tensions arise within the group, it’s Yossi’s unintended lack of sympathy for Marcus’s plight that provokes the turning point where the quartet split up, but once that happens, the movie seems to breathe a huge sigh of relief, as if now it can concentrate on the story it really wants to tell. And aided by yet another impressive performance from Daniel Radcliffe, the movie quickly comes into its own and puts both Yossi and the viewer through the wringer as days pass and Yossi’s situation worsens with every step. He has to combat starvation, fatigue, disorientation, hallucinations, jungle predators, and the likelihood that he will wander round and round in circles without ever coming close to being found. It’s a horrifying situation to be in, and the script (perhaps unfairly) revels in giving Yossi moments of hope only to have them dashed a moment later. But these occasions also help to sharpen the narrative and accentuate the idea that the jungle has no time for sympathy if you’re unprepared for what it can do.

As the beleaguered Yossi, Radcliffe provides further evidence that he’s a more than capable actor, and though the role of Ghinsberg could be considered as just another in the long line of physical endurance roles that actors take on from time to time, thanks to Radcliffe’s commitment and understanding of the effects these rigours can have, Yossi’s deteriorating physical appearance and fast-eroding mental stability is made all the more credible and shocking when at last he reveals the extent of his (admittedly CGI enhanced) malnourishment. Ghinsberg somehow managed to survive for nineteen days before he was found, and though McLean fumbles the moment of discovery through some poor editing choices, there’s still an emotional kick to be found that is undeniable. 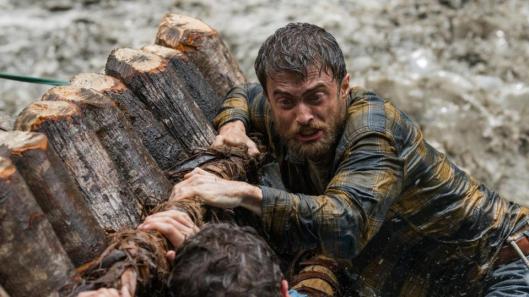 In telling such a dramatic true story, McLean and Monjo have crafted an old-fashioned survival story that focuses (eventually) on its central character’s will to cheat death and find their way back to civilisation, no matter how remote. McLean knows how to maintain dramatic tension – even if he hasn’t applied that ability to some of his more recent movies; The Darkness (2016) anyone? – and he uses close ups and an always unsettling, always encroaching soundscape to highlight both the pressure and the impending sense of doom that Yossi is experiencing. It’s a shame then that all this tension and pressure doesn’t come into play until around the halfway mark, and that McLean hasn’t been able to make Munjo’s script as compelling from the first page as it is to the last. Still, it’s a movie that goes someway to redeeming McLean’s “street cred” as a director, and there are plenty of moments where his skill as a director can be recognised in the claustrophobic nature of the jungle itself, and the ease with which he integrates Yossi’s hallucinations into the narrative so that they look and feel like an organic part of the whole.

True stories ultimately stand or fall based on the risks a movie maker is willing to take with the material, and though McLean has been stuck in something of a creative rut in recent years, here those risks relate to the various hallucinations/dream sequences that Yossi has, some of which provide some much needed humour into the mix. By taking Yossi, and the viewer, away from the threatening environment of the jungle, McLean gives both a chance to grab a breather and prepare themselves for the next part of Yossi’s heroic journey. The jungle itself is a fearsome opponent, and helped by cinematographer Stefan Duscio, McLean disorients and distracts both Yossi and the viewer so that each new setback to his finding safety increases the sense of fearfulness and increasing despair that the real Yossi must have felt all those years ago. That his predicament has proven so effective in terms of his will to survive, is as much a testament to the man himself, as it is – for the most part – to the movie itself.

Rating: 7/10 – an unfortunate first hour aside, Jungle is a harsh, unblinking look at a stranger in a strange land and the unwise decisions that cause him to be lost and alone in an inhospitable and deadly setting; Radcliffe is the main draw here, and then it’s McLean, and though McLean could have been tougher with some of the narrative decisions that were made, all in all this is a tough, unsentimental true story that impresses more than it disappoints.