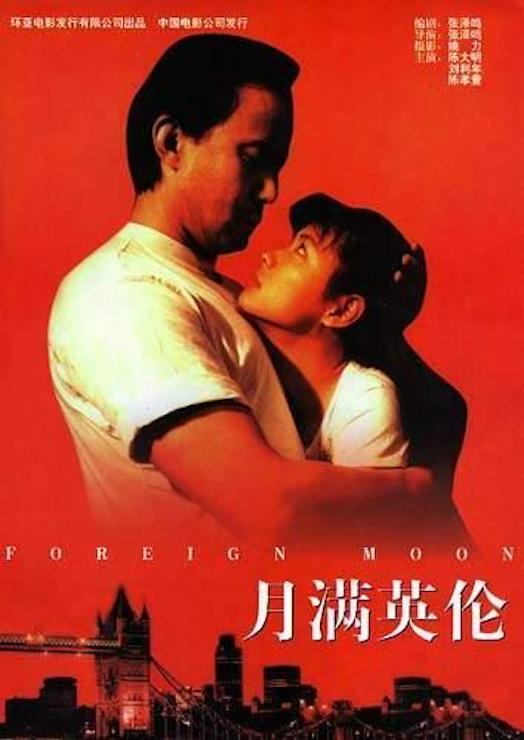 Arriving in London from Mainland China, Lan Lan (Chen Hsiao-hsuan) is a music student finding herself stranded at Waterloo Station when her sponsor doesn’t show up to collect her. She approaches a Chinese man, Su Tong (Liu), who helps her find her sponsor’s home, but when she learns her sponsorship comes with a major string attached – marriage to her sponsor’s son, Charles (Tse) – she soon leaves. With nowhere else to go she turns again to Su Tong who finds her somewhere to live and helps her navigate the confusing requirements of college scholarships and living in London. In time, Su Tong persuades her to live with both him and his younger friend, Deng Lin (Chen Daming), and help them with their new Chinese takeaway/delivery business. Despite Su Tong having a wife and a young son back in China, Lan Lan begins to develop feelings for him, feelings that he appears to have for her in return. With both of them too afraid to reveal their feelings for each other, it takes a violent intervention to highlight the strength of the emotional bond they’ve developed, but also why they shouldn’t act on it…

What first appears to be an examination of the experiences of a Chinese student coming to London for the first time, Foreign Moon soon morphs from a promising (if lightweight) fish out of water tale into something quite different. Unconcerned with making Lan Lan’s story one that sees her hampered by bureaucracy – which would have been a more predictable path to take – writer/director Zeming instead develops it into a delicate romantic drama, one that retains a healthy respect for Chinese norms of behaviour, while also recognising that China and its influences are a long way off. 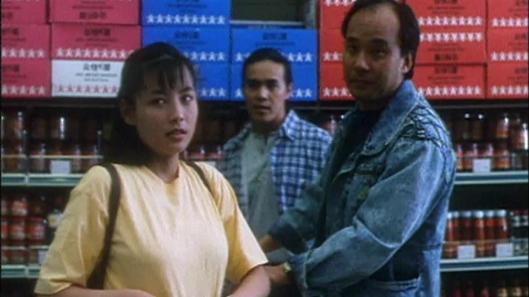 The trio of central characters all act and behave in ways that are understandable given the close quarters that all three live and work in, and Zeming ensures that the drama that unfolds as strains are placed on all of them – Lan Lan tries to hide her feelings for Su Tong, he has to deal with the disappointment of his wife and child having to remain in China, Deng Lin allows his hedonistic lifestyle to get him into trouble – isn’t allowed to become melodramatic, but remains realistic instead. Zeming achieves this through close attention to the characters’ emotional states, and dialogue that remains naturalistic throughout.

It’s a shame then that the performances aren’t always able to match the quality of Zeming’s script. Chen Hsiao-hsuan makes her feature debut here, and though she’s a beguiling and appealing presence, there are moments where her inexperience catches her out, and the demands of the role remain unfulfilled. Similarly, Daming Chen, though exuding confidence in his role as a young Chinese man with only three things on his mind: sex, money, and a passport, is allowed to overdo the angry young man that Deng Lin is required to be at times. Liu however, is a strong focal point, his grasp of the emotional and cultural responsibilities facing Su Tong adding gravitas to a role that could have been far less complex, and easily so. On the plus side, Zeming doesn’t make London another character in the drama, but uses it as an ordinary backdrop (though Piccadilly Circus does get more than the one look-in). The interiors are equally well handled, stage sets that don’t feel like stage sets, and they’re explored more throughly than expected thanks to Lik Lu’s probing camerawork, creating a verité feel that grounds the action effectively and with a fine attention to detail.

Rating: 8/10 – with its story of two not-quite lovers wanting to connect with each other but afraid to do so, Foreign Moon isn’t an original piece by any means, but it has a sincerity and a humanity that singles it out from other, similar movies; Zeming directs with a directness that doesn’t allow for ambiguity or misunderstanding – which in some ways is refreshing – while his cast, despite the drawbacks mentioned already, help make this a perceptive and engaging viewing experience.