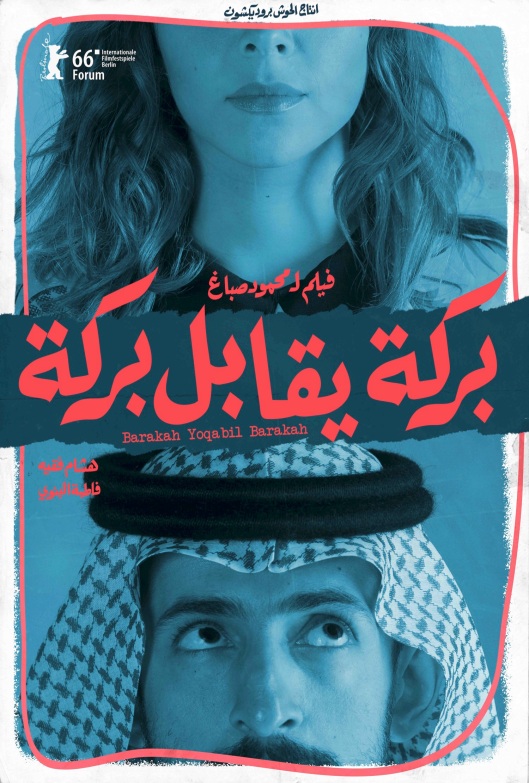 Barakah (Fageeh) works for Riyadh’s Municipal Police, issuing fines for minor offences such as selling goods outside a store’s permitted area. He’s single, amiable, and despite the overbearing intentions of the local midwife (and his surrogate mother) Daya Sa’adiya (Nazmi), not in any hurry to find a wife. A report of a civil disturbance brings him into contact with Bibi (AlBanawi), a fashion model who uses carefully cropped images of herself on Instagram as a way of promoting her own political and social agendas (while staying within the law). Barakah is instantly smitten, and thanks to some unwitting help from his friend Maqbool (Al-Ruhaidi), he’s able to meet Bibi at an art exhibition. As their relationship develops, obstacles arise such as the controlling nature of Bibi’s mother – and head of the fashion chain Bibi is the face of – Madame Mayyada (Habib), Barakah’s own naïve approach to romance, and Saudi Arabia’s strict laws regarding public interaction. But it’s a misunderstanding over a push-up bra that may just prove to be the biggest obstacle of all… 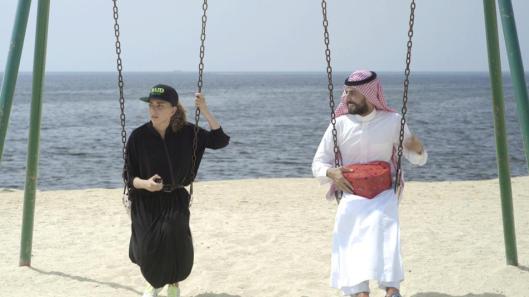 When you think about the rom-coms churned out by Hollywood, there’s always something that keeps true love from conquering all (until the last five minutes, that is), but one of the most refreshing things about Barakah Meets Barakah is that the “something” in question is Saudi Arabian law. The very real threat of imprisonment that hangs over the heads of Barakah and Bibi gives the movie a depth and a resonance that you rarely see in an average rom-com. First-time writer-director Sabbagh rarely alludes to it head on, happy to let it hover in the background while his script concentrates on providing viewers with one of the sweetest, and most endearing romantic comedies of recent years. Barakah is simply one of the nicest protagonists you’re ever likely to encounter: good-natured, a pleasure to spend time with, and like a puppy that’s eager to please in his pursuit of Bibi. She’s more fiery, able and willing to challenge the accepted order of things, but in such a way that she builds support for her efforts through her careful manipulation of social media. As a way of expressing female empowerment, it’s a clever conceit, and Sabbagh is equally clever enough not to wield the idea like a big stick.

In many areas of the movie the key word is restraint, as Sabbagh tells his story with admirable economy of style, and a minimum of fuss. His talented cast ensure that each character appears fully formed from the moment we meet them, with Fageeh proving that gauche and awkward can be charming as well, and AlBanawi investing Bibi with a seductive vulnerability (like Barakah, you can’t help but be captivated by her). Sabbagh peppers his script with wry observations on contemporary Saudi culture, has Barakah co-opted into a local amateur production of Hamlet to play Ophelia, provides unnecessarily pixellated images as a barb to state censors, and gets overtly political by contrasting the more liberal Saudi Arabia of the 60’s and 70’s with the restrictions that have been in place since 1979. But none of this is to distract from the central romance that anchors the movie and makes it so appealing. The movie brings its chaste lovebirds together at the end, but not in the traditional “love has conquered all” way that Hollywood approves of. Instead, Sabbagh offers us a reunion that speaks of hope for the future, a message that is both simple and powerful, and as much about Barakah and Bibi, as it is about Saudi Arabia itself.

Rating: 8/10 – an example of what can be achieved when you don’t have to follow a clichéd narrative pattern or formula, Barakah Meets Barakah is beautifully shot by Victor Credi, and hugely entertaining; by keeping things natural and straightforward, Sabbagh has created a movie where you never feel like you’re being led by the hand, and where you’re more than happy to share in the journeys undertaken by the characters.