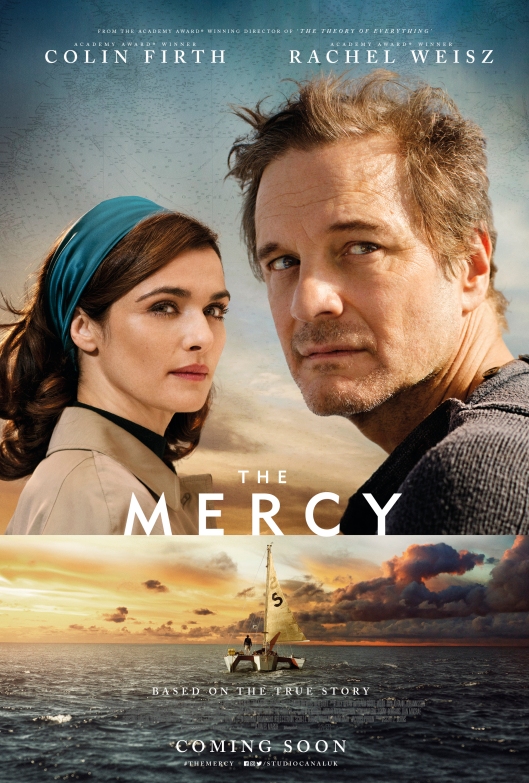 In the summer of 1968, and with his electronics business failing, amateur sailor Donald Crowhurst (Firth) hears about the Sunday Times Golden Globe Race, a single-handed, round the world yacht race with a prize of £5,000 to the yachtsman who completes the race in the fastest time. Determined to win the prize, Crowhurst gains financial backing from businessman Stanley Best (Stott), and sets about building a purpose-desogned trimaran for the voyage. He also hires a crime reporter for the Daily Express, Rodney Hallworth (Thewlis), to act as his publicist. Problems with the design of the trimaran and getting the right materials delay Crowhurst’s start in the race, and in order to maintain Best’s sponsorship, Crowhurst signs over his business and his home; now he has to succeed. Eventually, Crowhurst, in his boat Teignmouth Electron, sets sail on 31 October, the last day allowed. Leaving his wife, Clare (Weisz), and three children with promises of being back in nine months’ time, Crowhurst soon encounters problems early on in his voyage, problems that contribute to his making a number of rash decisions… 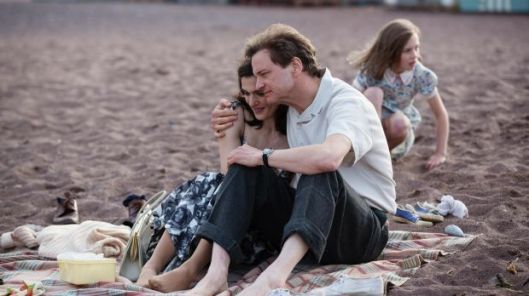 If you’ve never heard of Donald Crowhurst – and fifty years on, it’s unlikely given the circumstances – watching The Mercy may prove a singularly frustrating experience. It’s the true story (modified as ever for the movies) of a man pursuing a dream but lacking in the abilities and skills required to achieve that dream – and knowing it, deep down. On the eve of sailing, Crowhurst tells Hallworth and Best that he thinks it’s a good idea for him not to go, to abandon the idea. It’s a moment of desperate clarity for Crowhurst, and he wants the two men to agree with him and support him in his decision. But the opposite happens: Hallworth acknowledges Crowhurst’s fears as being a normal reaction to the enormity of what he’s about to do. And in that moment, Crowhurst’s last hope is crushed through good intentions. Firth’s performance says it all: Crowhurst is doomed; whatever happens, he won’t win the prize. It’s a terrible, disconsolate moment for the amateur sailor, and for the audience. Now we’re set up for a tale of tragedy. The only thing to do is to wait it out and see just how things go wrong, and why. 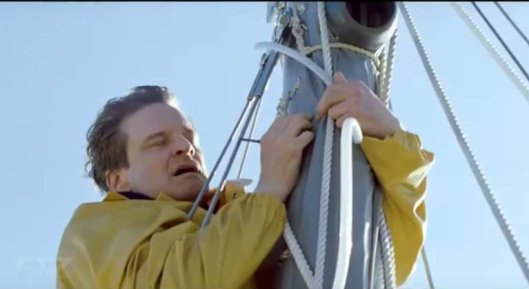 But Crowhurst’s story – and this is where the frustration comes in – requires a great deal of guesswork and supposition. What actually happened isn’t in doubt, but the why remains tantalisingly out of reach, which means that the movie has to fill in the gaps as best it can. As a result, Scott Z. Burns’ script becomes less and less gripping as Crowhurst’s voyage continues, and becomes a series of loosely connected scenes that leave the viewer as stranded as the movie’s central character. Marsh is a terrific director – Man on Wire (2008), The Theory of Everything (2014) – but somehow the tragedy of Crowhurst’s story isn’t conveyed as forcefully as it could have been. Firth is good in the role, showing Crowhurst slowly coming to terms with the futility of chasing a dream he can’t ever catch, but Weisz is stuck with a typical wife-at-home role where she’s required to look worried a lot and little else (proving there’s still plenty of “thankless female” roles around in this day and age of the #MeToo Movement). Thewlis is also good as Hallworth (another man whose ambitions weren’t realised), even if he’s more spiv than publicist, and the movie has a beautiful sheen to it thanks to Eric Gautier’s sparkling cinematography. But there’s still a sense, once the outcome is known, that the voyage getting there isn’t as affecting as it should be.

Rating: 6/10 – laced with a sympathetic streak that, given some of Crowhurst’s pre-sailing decisions, is debatable for its presence, The Mercy remains a hollow effort that keeps Crowhurst at a distance from the audience; still, there’s enough in terms of the non-seafaring narrative to semi-compensate for this, and there’s another fine score from Jóhann Jóhannsson to further ameliorate matters.