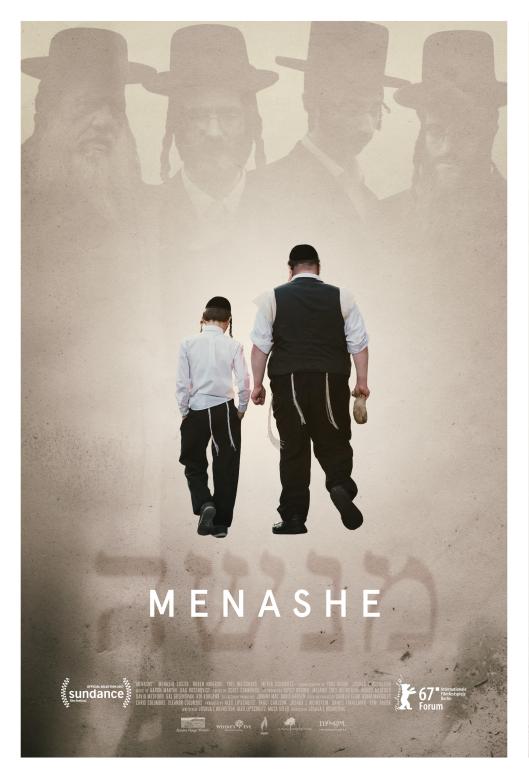 Menashe (Lustig) is an Hasidic Jew who works as a clerk in a grocery store. He’s a middle-aged widower with a ten year old son, Rieven (Niborski), who is being looked after by his Uncle Eizik (Weisshaus) because the Torah says that Menashe can only look after him if he has a wife; being a single parent is forbidden. But Menashe doesn’t want to remarry. His marriage wasn’t a happy one, and partly because it was arranged, so he has no wish to run the risk of being unhappy a second time. A year on from his wife’s death, he is struggling to make ends meet, is regarded as a schlimazel – someone who is chronically unlucky – and is doing his best to maintain his relationship with his son. As the day of his wife’s memorial service draws near, Menashe is allowed to have Rieven stay with him for a week, but his run of bad luck continues, and though he and Rieven become closer than ever, events conspire to make the likelihood of his keeping his son with him all the more unlikely… 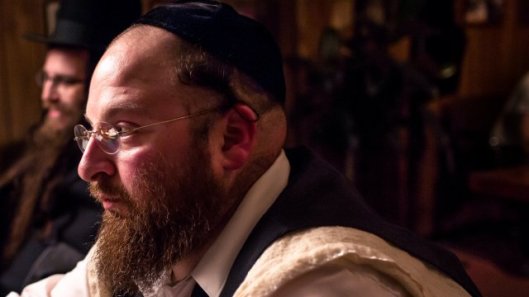 If you’re wondering, how much can there be to enjoy in a movie about an Hasidic Jew given to butting heads with centuries of tradition and societal conditioning, then wonder again: it doesn’t matter that Menashe is an Hasidic Jew, and it doesn’t matter that the movie takes place in Brooklyn’s Borough Park, and it matters even less that there are moments where Jewish rituals and religious practices are portrayed in an almost documentary style. This is a movie that may take place in a specific cultural environment, but its themes are entirely universal. We can all sympathise with Menashe’s plight. He’s the perpetual underdog, doing his best to get along in the world but failing to gain the respect of his wife’s family, his friends, and his boss (Klein). He tries his best but he seems doomed to experience continual disappointment. But each setback merely spurs him on with even greater determination. He’s prideful, somewhat belligerent (though usually at the wrong time), but he has a heart of gold. He may not be the best father in the world – he may not even be in the running – but his love for his son is as sure as his good intentions. 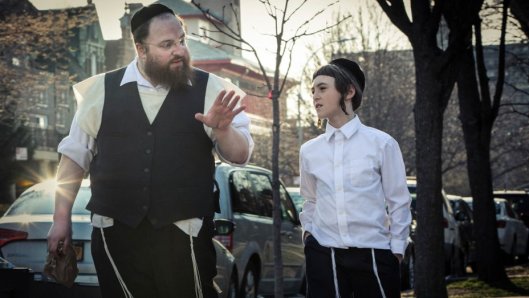 All of this makes Menashe a pleasant and rewarding diversion from the usual run of the mill family dramas that involve fractured families and/or long-buried secrets. It’s based in part on experiences from Lustig’s own life, and these have been expertly woven into a screenplay (by director Weinstein, Alex Lipschultz, and Musa Syeed) that blends an authentic Jewish milieu with problems and dilemmas that we can all relate to. Weinstein, whose background is in documentaries, approaches the material in much the same fashion, choosing camera angles and compositions within the frame that highlight the emotions being felt in any given scene, and in doing so, he avoids any need for sentimentality or misguided pathos. It’s an impressive directorial effort, as Weinstein, with no previous experience of the Hasidic community, sets about making them as recognisably “human” as the rest of us. Good as Weinstein is in the director’s chair, though, it’s Lustig as the eternally hopeful Menashe who provides the movie with the utmost sincerity and charm. It’s a dogged yet sprightly performance, carefully assembled so that even when Menashe is clearly in the wrong, you want him to be right. Alongside him, Niborski and Weisshaus offer terrific support, and there’s a subtly affecting score courtesy of Aaron Martin and Dag Rosenqvist, all of which goes to show that a story set in an Hasidic Jewish community doesn’t have to be a challenge to sit through.

Rating: 8/10 – shot through with an amiable, wry sense of humour, Menashe offers a glimpse into a world that isn’t so different from ours, and which has the same kinds of problems and issues it needs to deal with as well; the central father/son relationship is handled with skill and aplomb, and if at times it all seems a little too simplistic, it doesn’t detract from the quality of the production as a whole.