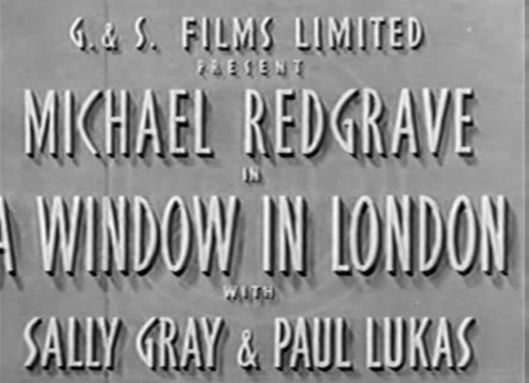 aka Lady in Distress

Peter (Redgrave) and Pat (Roc) are a young married couple whose jobs are keeping them apart. Peter is a crane driver working construction on Waterloo Bridge during the day, while Pat works as a hotel telephonist overnight. One morning, while travelling to work by train, Peter witnesses what looks like a murder being committed at an open window in one of the buildings opposite the rail line. He gets off the train and makes his way quickly to the flat where he saw the murder, only to find a couple – stage magician The Great Zoltini (Lukas) and his wife, Vivienne (Gray) – both alive and well and with an explanation for what Peter saw. A reporter covering the bridge’s construction hears about Peter’s heroism and the story ends up in the papers. But when Peter learns that Zoltini and his wife have duped him, it leads him into a world of sexual jealousy, showbusiness and danger that has potentially terrible consequences, both for Peter and his marriage, and for Vivienne, whose unhappiness proves to be the catalyst for a whirlwind twenty-four hours… 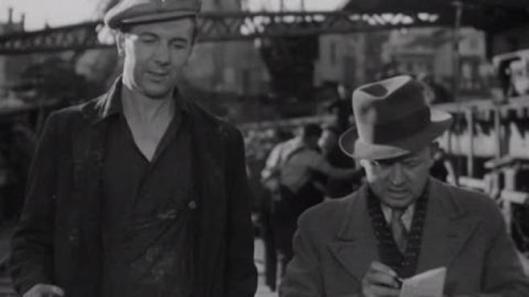 A remake of the 1939 French movie Métropolitain starring Albert Préjean, A Window in London had, until 2015, been unseen in its original UK version since its release (the US version was trimmed by eight minutes). It’s a shame, as the movie is a deceptively dark thriller that deserves better recognition than it’s received since 1940, and which features strong performances from Redgrave, Gray and Lukas in what is really an unlikely love triangle. An early scene sets the tone for Peter and Pat’s marriage: two years in and only able to spend any quality time together on a Sunday, Peter goes to kiss Pat “goodnight” only for her to yawn and turn away. It’s a telling moment, rendering the increasing awkwardness of their situation in one small action, and in Peter’s disappointed reaction, paves the way for his becoming embroiled in Vivienne’s wish to get away from her abusive husband. It’s rare for a British movie from the early Forties to deal with the subject of domestic abuse, but here the script by Ian Dalrymple doesn’t shy away from the violent emotions that underpin the Zoltinis’ marriage. It makes the scenes between Gray and Lukas crackle with tension, and when that tension boils over, what happens is abrupt and shocking. 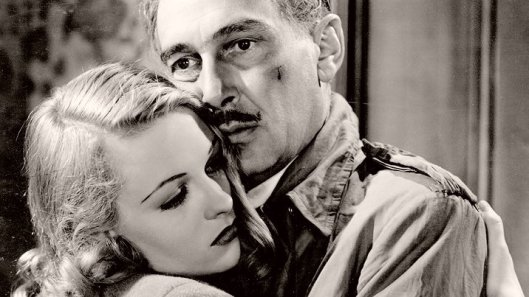 What’s also fascinating is the ease with which Peter allows himself to become attracted to Vivienne. It’s as if she reminds him of the feelings he had when he first met Pat, when their relationship was new and exciting (if not so perilous). Drawn along in her wake, Peter is in way over his head, and doesn’t seem to care; Pat is forgotten as he follows Vivienne down the rabbit hole of her showbiz connections and a past that could be her only salvation. The movie maintains a terrible hold over the viewer, as it continually teeters on the edge of a happy ending – surely there’ll be a happy ending – but there’s a continual sense of foreboding throughout. And when the ending does arrive, it’s like a gut punch delivered full force. It’s a movie that’s tough and uncompromising in its own way, and which doesn’t pander to the accepted values of the time, preferring instead to retain the fatalistic Gallic flavour of the original. With an intriguing look at pre-war London, and scenes taking place at the site of Waterloo Bridge’s construction, this is an intimate and unsettling reflection of a time before things became really, really dark.

Rating: 7/10 – with fine performances from its three leads, and a dark, unnerving tone that Mason exploits to maximum effect, A Window in London is a minor British classic that deserves a wider, modern audience; a psychological drama in many respects, it’s also a nervy thriller and a doomed love story – though not in the way that you might be expecting.

NOTE: There’s no trailer currently available for A Window in London.