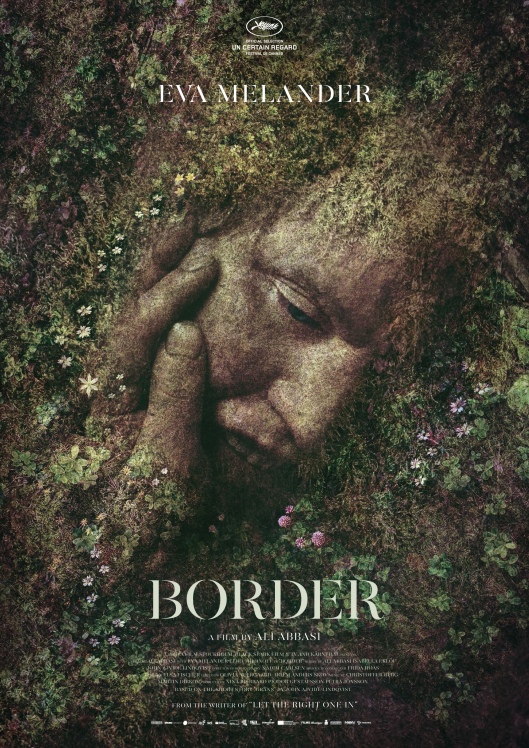 Tina (Melander) is a Swedish customs agent who has a very special gift: she can literally smell people’s guilt. One day, she stops a man whose phone (it’s later revealed) contains child pornography. She explains her gift to her boss (Petrén), and she’s asked to help with the investigation into who filmed the images on the man’s phone. At around the same time, she encounters a man (Milonoff) who has similar facial features to her own, and it turns out, a scar in the same place where she has one. His name is Vore, and he tells her he will be staying at a local hostel. Puzzled by the number of things that they appear to have in common, Tina visits Vore, where she finds him eating maggots off a tree. Despite this strange behaviour, Tina invites Vore to stay in her guest house. Her partner, Roland (Thorsson), is unhappy about this, but as she gets to know him better, much of Vore’s approach to life begins to make sense to her, including his disdain for other people. However, it’s not until a fateful walk in the nearby woods that Tina’s life is turned completely, and unexpectedly, upside down… 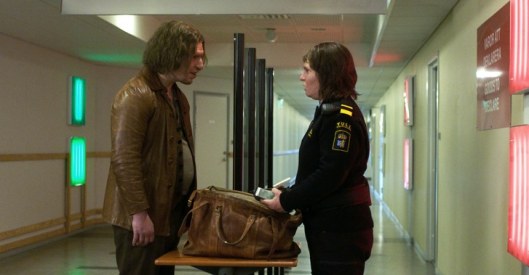 What if you felt completely different from all the other people around you – including your parents – but you could never work out why? And what if that sense of being different kept you apart from everyone? How would you react if you met someone who could answer those questions for you, and put your feelings into perspective? Would you embrace wholeheartedly what you’re told, or would you be frightened by what it all means? And how would you feel if the truth was darker, much darker, than you could ever have expected? Those questions and more are at the centre of Border, an adaptation of the short story by John Avjide Lindqvist. And the answers take Ali Abbasi’s second feature into uncomfortable territory indeed, a fantasy world where Tina’s life and sense of reality are challenged at every step. For some viewers, it may prove to be too much of a challenge as well, because where the narrative takes us is somewhere so strange and so off-kilter that it almost dares us to look away. It’s a twilight world of unspeakable horror, with character motives that are both unjustifiable and strangely appropriate at the same time. Watching as this dynamic unfolds, the movie exerts a terrible grip that keeps us watching even though we might not want to.

Giving away too much of the plot and storyline would be to spoil what happens once Tina and Vore take that fateful walk in the woods. Suffice it to say, there’s not another movie like it, and it’s as grim and unrelenting as possible, with malevolent undercurrents that make for a chilling, uneasy, and yet unforgettable experience. Featuring sombre, melancholy visuals courtesy of DoP Nadim Carlsen, Border is strong on atmosphere, and also features several moments where it projects an eerie, oppressive nature that is both unnerving and compelling. It also has two equally compelling performances from Melander and Milonoff as the outsiders who have a common origin, and who might share a common destiny. Both buried under layers of prosthetic makeup, the pair still manage to explore and reflect their characters’ emotions and their desires, and though the expression of some of those desires may not be entirely palatable, there is a sincerity to both portrayals that is affecting (albeit for different reasons). Working with Lindqvist and Isabella Eklöf – whose own disturbing look at a dysfunctional relationship, Holiday, was released in 2018 – Abbasi has fashioned a grim fantasy for our times that speaks to the darkest impulses of human behaviour but which still offers us hope from the unlikeliest of sources.

Rating: 9/10 – with a sex scene that ranks as a first in cinema history, and a number of moments of true, visceral horror, Border begins as a dark, brooding thriller before morphing into something that’s darker and more sinister than could ever be expected from its low-key opening; not for all tastes, and unwilling to compromise in telling its story, it’s a movie that unsettles as much as it fascinates, but it’s a rewarding experience nevertheless.