Rating: 7/10 – when Batman (O’Mara) is missing believed dead after an encounter with  The Heretic (Willingham), it falls to Nightwing (Maher), Robin (Allan) and newcomer Batwoman (Strahovski) to discover if he really is dead, or if his disappearance is part of a bigger plot; continuing Warner Bros. impressive streak of animated Batman movies, Batman: Bad Blood is as moody and psychologically sombre as its live action counterparts, even if some of its characters behave like children in their attempts to get along.

Rating: 5/10 – the Oriental detective is tasked with finding the murderer of several bank employees, but the mystery turns out to be connected to an old case Chan was involved in years before in Shanghai; another conveyor belt Monogram/Charlie Chan movie, The Shanghai Cobra is hardly distracting, or distinguishable from any of its Forties brethren, but it’s entertaining enough in its way, and Toler still seems to be enjoying himself in the role (which is no mean feat).

Rating: 3/10 – Olympics wannabe sprinter Shania Andrews (Crichlow) makes it onto the UK team but finds her progress hampered by a rivalry with fellow athlete Lisa Temple (James), as well as personal problems of her own; for Fast Girls, writer and star Noel Clarke has fashioned a cliché-strewn drama that lacks cohesion between scenes and is laden with unconvincing dialogue, not to mention the paper-thin plotting and some extremely wayward performances.

Rating: 6/10 – Count Dracula (Sandler) has a grandchild – but will the little sprog turn out to be fully human, or will he sprout fangs and make his grandfather eternally happy?; a serviceable sequel, Hotel Transylvania 2 lacks momentum in the first hour and then pulls it together to provide a fun conclusion, which makes it okay for children, but adults will probably be wishing they were watching the first movie instead. 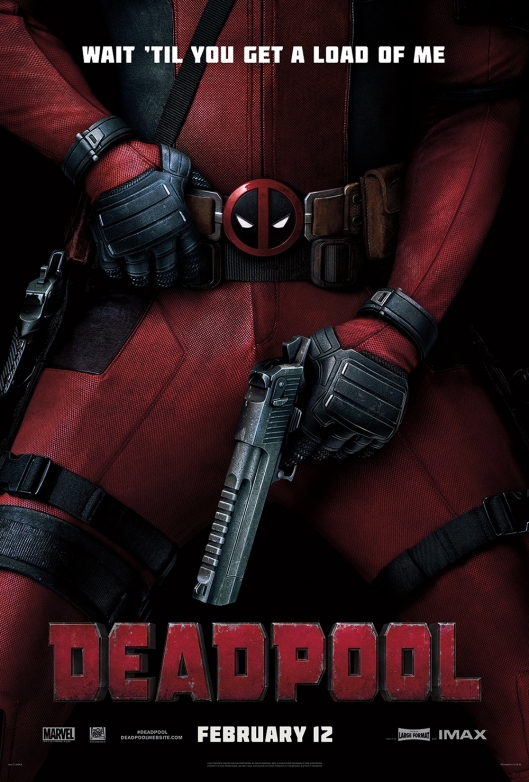 You can use any of the above words to describe Deadpool, and they would all be appropriate. Deadpool is the kind of movie that attracts accolades by the inevitable bucket load, its twisted, hyper-real take on the superhero genre at odds with the more predictable, family-friendly approach favoured by Marvel et al. In fact, this is so far beyond anything you’ll have seen since Robert Downey Jr kitted himself out as Iron Man back in 2008 that it’s practically a reinvention of the superhero genre. The jokes are still there, and the sense that there’s one more quip just waiting around the corner is still prevalent, and there’s the usual over the top, physics-defying action sequences, but here it’s all about the tone. And the tone says: fuck ’em if they can’t take a joke. 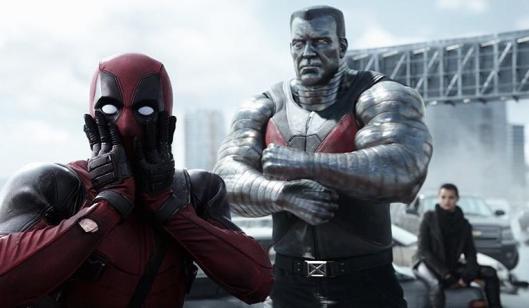 Of course, we’ve seen Ryan Reynolds as Wade Wilson before, in the poorly devised and executed X-Men Origins: Wolverine (2009). Unforgivably presented with his mouth sewn shut, the self-styled Merc With a Mouth was little more than an obstacle put in the way of the movie’s hero towards the end. But now we have a movie that does him full justice, and in the process, blows away any lingering cobwebs from previous incarnations, and raises the bar for what superhero movies can be.

That said, the basic plot and storyline isn’t the most original, and nor does it have to be, because it’s what the script does with it that makes it all so memorable, along with Reynolds’ relaxed, committed performance. Having found love with Vanessa (Baccarin), a prostitute who shares Wilson’s sense of humour and somewhat jaundiced outlook on the world, our principled mercenary learns he has terminal cancer. But he’s offered a chance: a secret experimental procedure that will both cure his cancer and make him virtually indestructible at the same time. With nothing to lose he takes up the offer, but Wilson finds himself at the mercy of super-soldier Ajax (Skrein) and his sidekick Angel Dust (Carano). Several tortuous procedures later and the dormant mutant genes in Wilson’s system have been awoken, but in doing so they’ve left him looking hideous (“like a testicle with teeth”). 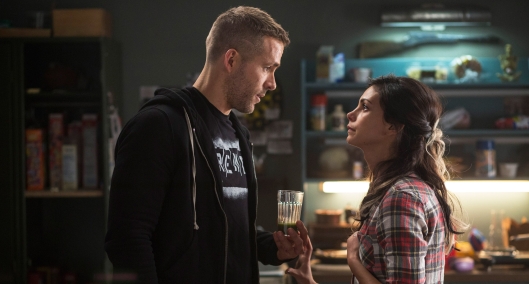 One spectacular building explosion and subsequent collapse later, and Wilson decides to go after Ajax, who has boasted he can fix his appearance (“like an avocado had sex with an older, more disgusting avocado”). It all leads to a huge showdown at a salvage yard between Deadpool, X-Men Colossus (Kapacic) and Negasonic Teenage Warhead (Hildebrand), and Ajax, Angel Dust and their expendable goons. Oh, and Deadpool has to save Vanessa, who’s been kidnapped by Ajax (what else is a movie girlfriend for?).

There’s a whole lot more and it’s all as entertaining and enjoyable as you could have hoped for. Kudos should be given to 20th Century Fox for giving Deadpool a second chance – they made X-Men Origins: Wolverine – and for letting the movie develop in such a way that the character from the comics hasn’t had his reprobate behaviour curtailed. Of course, much of the credit is due to Reynolds and the way in which he stuck by the character over the last seven years. This may well be the role for which he will always be remembered, but if so, it’s unlikely the actor will have any qualms about it. His own deadpan sense of humour shines through, and his casual delivery of Wilson/Deadpool’s dialogue only adds to the overall effect (in fact, some lines are dispensed with so casually you’ll be wondering if you heard them properly).

But in amongst the genre-bending violence – the opening freeway assault is one of the most slickly produced and wince-inducing action sequences ever seen, purely for what happens to some of Ajax’s men – what makes Deadpool even more impressive is the romance between Wilson and Vanessa. As the besotted, sexually adventurous couple, Reynolds and Baccarin imbue their characters’ relationship with an unexpected and plaintive depth; when Wilson is diagnosed with cancer the script ensures it’s not just him that’s affected by the news. Baccarin is a good foil for Reynolds, and their scenes together exude a warmth that’s been missing from other superhero romances.

With moments where Deadpool breaks the fourth wall with gleeful abandon, to others where the movie pushes its luck in being scurrilous, the movie freewheels and pirouettes through its standard plotting with complete abandon. Reynolds’ Deadpool look (“like Freddy Krueger face-fucked a topographical map of Utah”) actually makes him look amazingly like Ted Danson after an horrific skin peel, while Hildebrand’s teen mutant is a cross between Teddy Munster and any number of Goth princesses. The only “look” that doesn’t quite work is Colossus’ CGI gaze, his lack of pupils making him look a little creepy, as well as a little backward.

All in all this is a tremendous romp, and one that breathes new life into what is fast becoming a moribund genre. Whether or not it prompts other superhero franchises to up their game (though not in the same direction; that would be a big mistake) remains to be seen, but it’s very likely that right now studio executives throughout Hollywood and beyond are looking at existing projects and wondering if they can (as Mark Watney might put it) “Deadpool the shit out of them”. Let’s hope wiser heads prevail, because otherwise, we’re in for a shedload of movies that will fall well short of what is a very impressive mark.

Rating: 9/10 – there’s often talk about superhero movies remaining true to the source material, but Deadpool embraces this idea with relish and comes up trumps as a result; exciting, profane, whip-smart and just plain FUN, this is a movie you can watch over and over again and never tire of.