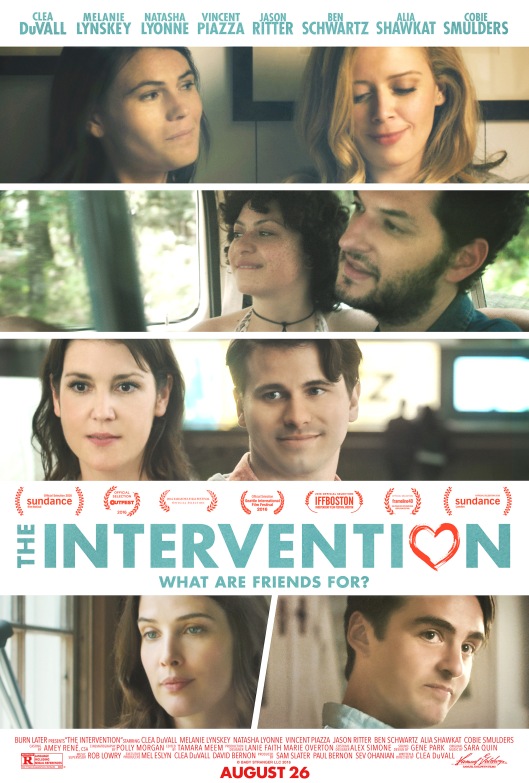 Annie and Matt (Lynskey, Ritter) are travelling to meet up with their friends, Sarah and Jessie (Lyonne, DuVall), Peter and Ruby (Piazza, Smulders), and Jessie’s brother, Jack (Schwartz), for a weekend get together. There is an ulterior motive for the get together: the rest are convinced that Peter and Ruby’s marriage is on the rocks and that an intervention is needed; they intend to suggest the couple divorce for both their sakes. When Jack arrives he brings a new girlfriend with him, Lola (Shawkat), but while this is initially regarded as inappropriate, it’s quickly forgotten with the arrival of Peter and Ruby. The couple bicker and squabble in front of their friends, and though Annie appears to the group’s prime mover, she fumbles a first attempt at confronting Peter and Ruby by getting drunk. Before another attempt can be made, divisions between the other couples are brought to the fore, partly because of Lola’s freewheeling sexuality, but also because of long-buried animosities. And things don’t improve when the intervention finally takes place, and Peter and Ruby react in ways that prove unexpected and which threaten the group’s friendship – perhaps irrevocably… 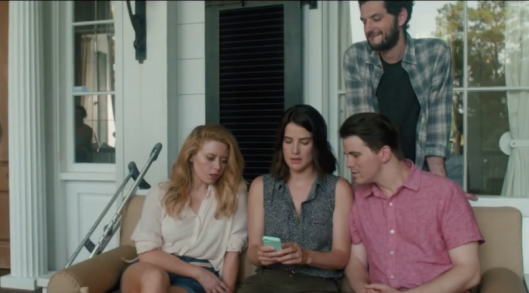 DuVall’s debut as a writer/director, The Intervention is a broadly optimistic, genial and amusing movie that works surprisingly well despite its largely conventional narrative and collection of characters. The basic premise plays out as you’d expect, adding fault lines in each relationship as the movie progresses, but thankfully not to the point where it looks as if each marriage/partnership needs their own intervention. Instead, DuVall does something that’s a little bit sneaky (maybe even underhanded): she pulls the rug out from under the viewer by revealing said fault lines but without wrapping them up neatly in a nice dramatic bow by the movie’s end. In doing this, she keeps the material fresher than it appears to be at first, and allows the main storyline and its various sub-plots to make much more of an impact than usual. Little betrayals and far from imagined slights have their place, but it’s the characters’ reactions to them – their bemused, uncomprehending reactions – that provide much of the enjoyment to be had from DuVall’s astute observations and the movie’s overall tone. If there’s one caveat, it’s that the drama is often underplayed in favour of the humour, but when it needs to, the script stings deliberately and painfully. 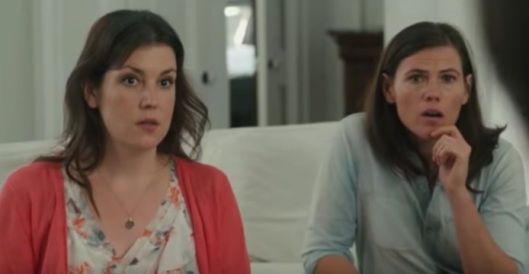 If DuVall’s first outing as a writer isn’t always successful – Lola is too obviously a catalyst for upset, the male characters aren’t as clearly defined as their female counterparts – as a director she’s on firmer ground, orchestrating matters with a great deal of confidence and precision in the way scenes are staged, and knowing when to focus on the appropriate dynamics relating to each couple. She’s aided by a terrific ensemble cast that’s headed by the always reliable Lynskey. As the commitment-phobic Annie, Lynskey invests her character with a pliable sense of responsibility and a survivor’s ignorance of individual culpability. It’s yet another performance that reinforces the fact that she’s one of the best actresses working today. Almost matching her (it’s really close) is Smulders, her portayal of Ruby as melancholy and subdued as you’d suspect in a woman whose marriage is visibly imploding (Smulders broke her leg shortly before shooting began; rather than re-cast, DuVall wrote it into the script). The rest of the cast enter into the spirit of things with gusto, and thanks to DuVall’s actor friendly approach, it’s the performances that prove to be the movie’s main attraction.

Rating: 7/10 – uneven in places, but with a sincerity and a sharpness to the material that keeps it (mostly) fresh and appealing, The Intervention is rewarding in an undemanding yet enjoyable way; bolstered by a raft of good performances, it’s unpretentious stuff that doesn’t outstay its welcome, and which knows not to resolve all its characters’ problems.