You could argue that Albert Finney was destined for acting greatness by the company he kept in his first outings on the stage. Fresh from the Royal Academy of Dramatic Art (RADA), one of Finney’s earliest roles was alongside Charles Laughton in The Face of Love, and later he replaced an unwell Laurence Olivier in a production of Coriolanus. He made his first appearance on the big screen, and this time with Olivier, in The Entertainer (1960), but his breakthrough role came in the same year, as the disaffected factory worker, Arthur Seaton, in Karel Reisz’s Saturday Night and Sunday Morning. It was a blistering, angry performance, and one that put him in the running to play T.E. Lawrence in David Lean’s Lawrence of Arabia (1962). But at the point of being offered the part, he baulked at the idea of being signed to a multi-year contract, and returned to the stage until another screen role came along that did change his life: that of the lust-driven rogue Tom Jones.

Established internationally as a major star, Finney eschewed the limelight for further returns to the stage, and throughout the Sixties he would alternate between treading the boards and appearing on the silver screen. His body of work during this period – and on into the Seventies – was astonishing for the breadth of the roles he took on, and the consistent high quality of his acting. Finney became dependable in a way that few stars would ever match in their careers, turning his hand equally well to dramas, comedies, and musicals. He was versatile, and unafraid to take risks, though his role as Hercule Poirot in the star-studded Murder on the Orient Express nearly typecast him with audiences for years. In the early Eighties he had a string of roles that cemented his position as one of the leading actors of his generation, and even though the projects he chose from the middle of the decade onwards weren’t as successful as his previous choices, Finney always gave his best, and in the case of movies such as Orphans (1987), was often the best thing about them.

The Nineties saw Finney continue to work steadily across all media, and on television he made memorable contributions to a couple of plays by Dennis Potter, even appearing in one of them, Cold Lazarus (1996), as a disembodied head. He had something of a banner year in 2000, thanks to a wonderfully expressive performance in Steven Soderbergh’s Erin Brockovich, and by refusing a knighthood from the Queen because he felt the UK honours system “perpetuated snobbery” (though he did accept a BAFTA Fellowship in 2001). The rest of the decade again saw Finney working steadily, and continuing to pick up awards for his work, and maintaining a level of quality in his work that was always hugely impressive (and which over time was heavily rewarded, though he never won an Oscar, despite being nominated five times). He was always a challenging, instinctive actor, true to the characters he played, and no stranger to versatility. Like many of his peers – he was at RADA with Peter O’Toole, and he was born on the same day as Glenda Jackson – Finney came to prominence at a time when cinema and the theatre were pushing at the boundaries of what both disciplines could achieve, and to his credit, he continued to do the same for the rest of his career. 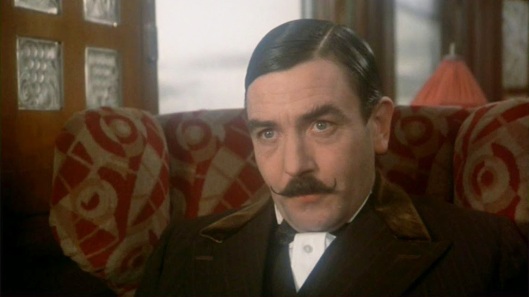 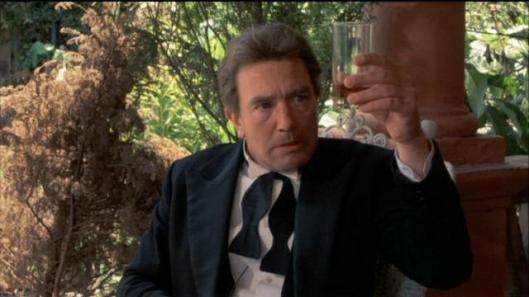 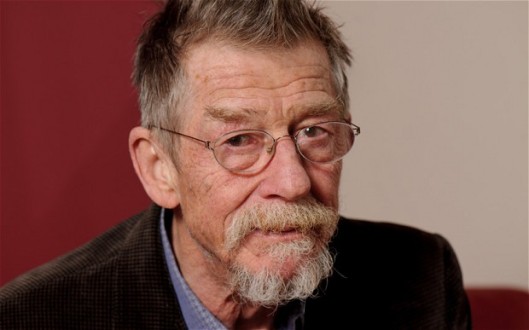 With his distinctive voice, and even more distinctive features, John Hurt was an actor who was rarely out of work, from his first appearance in 1962 in an episode of the British TV series Z Cars, to his final role as Neville Chamberlain in Darkest Hour (due in November 2017). But Hurt’s acting career might never have started; when he was a young boy he lived opposite a cinema but his parents forbade from seeing movies there. It wasn’t until he went to an Anglican Preparatory School that he developed a desire to act. However, his parents didn’t encourage him, and his headmaster told him he “wouldn’t stand a chance”.

Luckily, Hurt persevered, and he won a scholarship to RADA in 1960. Two years of studying later and he was finding work on TV and in movies, and making a name for himself. It was A Man for All Seasons (1966) that brought him to the attention of a wider audience, and from there he never looked back, and over the next fifty years he made over a hundred and twenty movie appearances as well as numerous TV and video appearances. Aside from the movies listed below he was notable for being the mad Emperor Caligula in I, Claudius (1976); the first victim – spectacularly so – of the Xenomorph in Ridley Scott’s Alien (1979); himself in Mel Brooks’ Spaceballs (1987); and the renowned wandmaker Garrick Ollivander in the Harry Potter movies. His commitment and passion to acting were rewarded twice: with a CBE in 2004, and a knighthood in 2015.

His career also encompassed various outings as a narrator or voice actor on a variety of animated projects, from Watership Down (1978) (and the 1999-2000 TV series) to Thumbelina (1994), and Ultramarines: A Warhammer 40,000 Movie (2010). But whatever the movie, Hurt was one of those actors you could always rely on to give a great performance however good or bad the material was. He had a natural integrity, and a straightforward approach to acting that focused on the character almost exclusively, which led to so many compelling performances over his fifty-year plus career. Despite his slight frame, he was a persuasive physical presence, unafraid to push himself in the search for the reality of the role he was playing, whether made up as Quentin Crisp, or suffering torture as Winston Smith. And he was a member of a rare group of actors, those who’ve played the Time Lord, Doctor Who. With his passing, Hurt leaves behind an incredibly varied and impressive body of work that will continue to provide endless hours of entertainment for fans and future generations alike.

2 – Little Malcolm and His Struggle Against the Eunuchs (1974)