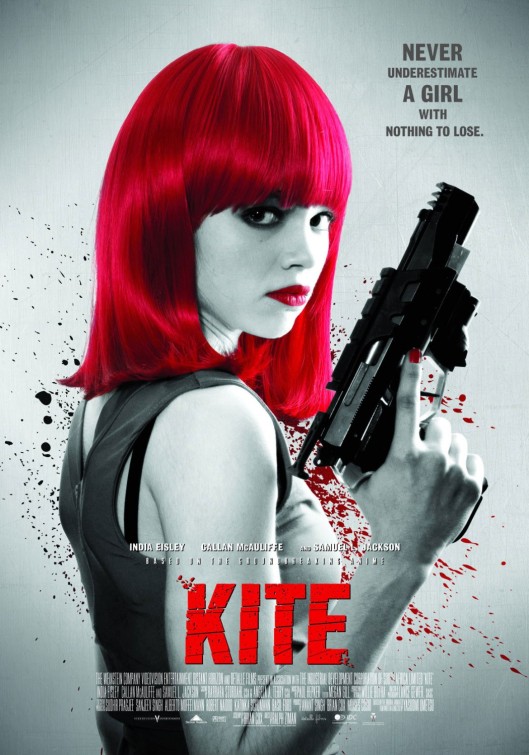 Some time after the death of her parents, Sawa (Eisley) starts killing members of the criminal organisation headed by the Emir (Meas), the man held responsible for her parents’ deaths. Sawa is helped by Karl Aker (Jackson), a detective who was her father’s partner. As she kills the Emir’s people, she gets closer and closer to him, but her dependency on a drug called Amp causes her to begin making mistakes, and soon her identity is in danger of being revealed.

While Aker covers up any evidence she leaves behind, Sawa is also helped by a young man named Oburi (McAuliffe). He says he knows her from before her parents’ death, and that they were friends, but thanks to Amp, Sawa’s memories of him are hazy and indistinct (along with most of her past). When a hit sees her being chased by some of the Emir’s people, Oburi helps her escape and, with no access to Amp, her withdrawal symptoms begin to help her remember exactly what happened when her parents were killed. And when she finally comes face to face with the Emir, the encounter leaves her with more questions than answers. 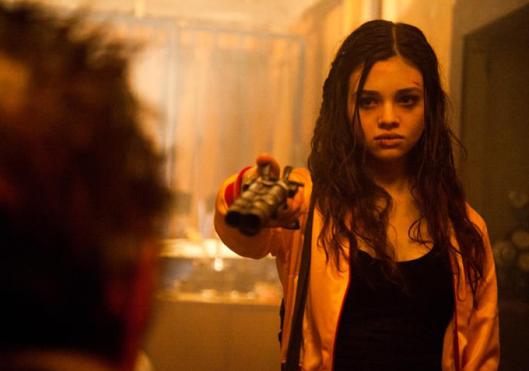 A live action version of Yasuomi Umetsu’s A kaito (1998), Kite was probably hoping that arriving so long after the original might mean any comparisons would be kept to a minimum. Sadly for the makers of this version, the gap in time isn’t an advantage, and the decision to “go live” has led to yet another dystopian vision of the future where street gangs dominate, crime appears to be the only growth industry, and the police are so jaded as to be little more than bystanders. We’ve seen this kind of movie so often now that it’s hard to get any kind of enjoyment out of it; the viewer can only sit back and watch as Kite ticks the boxes it so resolutely refuses to think outside of.

In the end, it’s all about the action, but despite some well choreographed moments of mayhem, including a bathroom shootout that’s reminiscent of the one in True Lies (1994), there’s nothing here that has any real impact. The characters are bland and/or one-dimensional, and nothing the cast does elevates the material in any way (not even Jackson, not exactly a stranger to crass or unconvincing dialogue, can do anything with lines that include “I can’t do this anymore”). As a result, there’s no one to care about, not even Sawa herself, and as the plot staggers towards the inevitable “twist” (that can be seen coming before the movie even starts), the sense of despair rises accordingly.

Rating: 3/10 – looking and feeling like a compendium of scenes and locations from every other ghetto-based action movie made in the last few years, Kite suffers from leaden direction and a script that fosters complacency all round; tiring and dispiriting, with missed opportunities galore, potential viewers should skip this altogether.