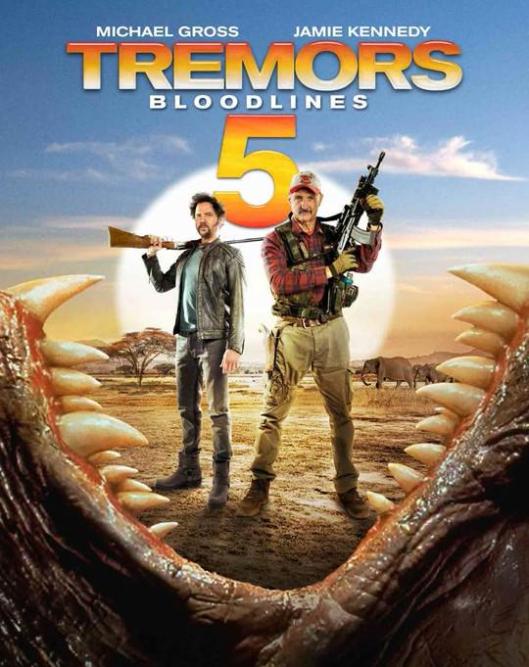 After successfully hunting down and restricting Graboid outbreaks to the south-western United States, Burt Gummer (Gross) is restyling himself as a survivalist. He films his treks into the wilderness with the aid of a cameraman, but when his regular cameraman is replaced by bike-riding, smart-talking Travis Welker (Kennedy), Burt isn’t too pleased by his attitude or his suddenly showing up out of the blue. While Travis tries to tell Burt how he can improve his profile, they’re interrupted by the arrival of a South African called Erich Van Wyck (Janks). Van Wyck tells Burt there is a problem with Graboids in a wildlife reserve, and he wants him to travel there to help solve the problem. Naturally, Burt agrees, and Travis goes with him to document everything.

At the wildlife reserve, Van Wyck introduces them to their guide, Johan (Auret), and the facility’s doctor, Nandi Montabu (Thusi). An attack on an archaeological dig reveals the existence of a different form of Graboid, and while Burt tries to figure out how these particular creatures have come to exist and why they don’t behave in the same way as their American counterparts, the attacks become more frequent and claim more lives. The discovery of an egg leads to the realisation that somewhere there’s a nest, and if they’re allowed to hatch then the area will be overrun. But Burt’s plan to eradicate them is foiled by Van Wyck who reveals a different plan for the Graboids – one that has the potential to put a lot more people in danger, and not just in South Africa. 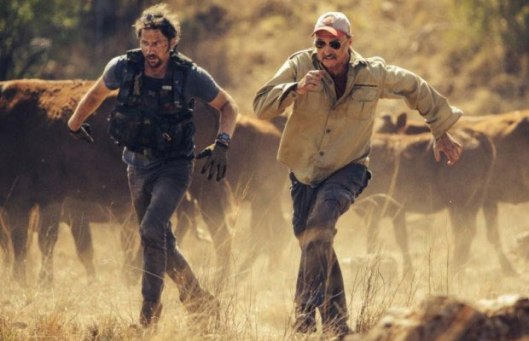 Eleven years after we last saw Michael Gross as a member of the Gummer family, in the wonderfully left-field Tremors 4: The Legend Begins (2004) (where he played Burt’s ancestor, Hiram), the trigger-happy, gun-loving “survivalist” is back, and though as expected this fourth sequel to the 1990 original is severely let down by a lazy, focus-lite script, it’s good to see the man back again, and doing what he does best: blasting Graboids, because he can. It’s a good thing too, because without him the movie would be a complete disaster, with only some unexpectedly impressive creature designs to save the day. (Forget about the rest of the cast, who range from perpetually annoying – Kennedy, Auret – to mildly embarrassing – Thusi, Janks – to just plain woeful – the couple at the archaeological dig.)

Any film with a 5 in the title is always going to be a bit suspect when it comes to quality, but here, with the participation of series’ creators Brent Maddock and S.S. Wilson reduced to providing the storyline only, the finished script by Woodrow Truesmith, M.A. Deuce, and John Whelpley is a hodgepodge of dreary dialogue, lazy character motivation, clumsy nods to the other movies in the franchise, a blatant steal from Jurassic Park (1993), and a couple of moments of casual racism. It’s all put together in unconvincing style by Paul, who’s made a career (of sorts) out of directing rubbish sequels such as Lake Placid: The Final Chapter (2012), Jarhead 2: Field of Fire (2014), and the upcoming – God help us all – Kindergarten Cop 2 (2016). Between Paul and DoP Michael Swan, the movie looks like it was shot by someone with very bad Parkinson’s, and Vanick Moradian’s editing is so uneven it looks as if the footage used in the final cut was chosen at random.

It’s a shame, as the Tremors series has, by and large, been a source of surprising thrills and sometimes wicked humour, as well as introducing us to a monster that exists with a clear set of boundaries as to its behaviour. This movie abandons that idea, but in trying to expand the threat – flying Graboids anyone? – it merely reinforces how lazy it all is. And even though Gross is the icing on the cake in the previous movies, here he’s the icing, the cake, and the cake stand as well.

Rating: 3/10 – bottom of the barrel stuff that “ass blasts” over the series’ legacy, and doesn’t even have the courtesy to pretend to care, Tremors 5: Bloodlines is far and away the worst instalment yet, and should remain the last; dead in the water from the word go, this gets by on Gross’s professionalism and little else, while every frame serves as a reminder of just how good the original movie was.