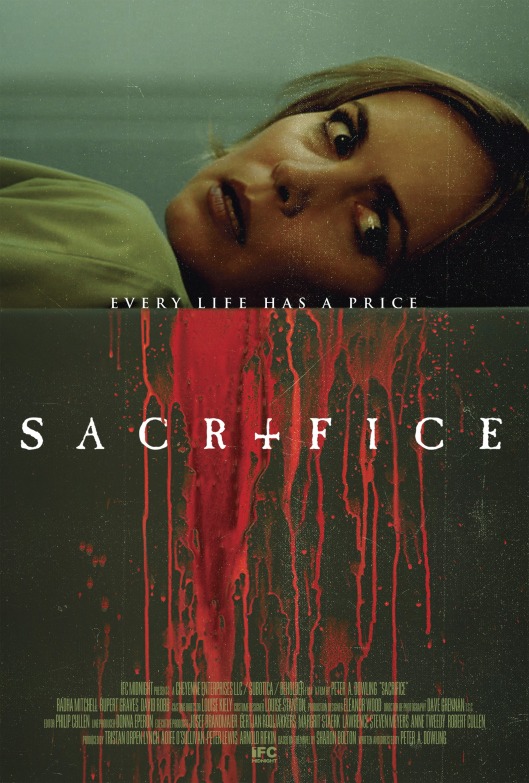 Consultant surgeon Tora Hamilton (Mitchell) wants to have a baby. After four miscarriages – and with no real reason why they should be happening – Tora and her husband, Duncan (Graves) relocate to his hometown in the Shetland Islands from New York. She starts afresh in the local hospital, while he works on an industrial project elsewhere on the island. She’s welcomed by one and all, especially by Duncan’s parents, Richard and Elspeth (Robb, Monaghan), who have arranged both their jobs, the house they live in, and the hassle-free adoption of a baby eight months from then via a specialised clinic on a neighbouring island. Everything is perfect.

But then Tora discovers the body of a young woman buried in the peat at the rear of the house, and everything stops being so perfect. The woman had died as her heart was cut from her body, and strange runes have been carved into her back. Tora also notices tell-tale signs that the woman had given birth a week or two before her death. The later discovery of a ring bearing the initials of a local councillor’s wife makes Tora believe she’s identified the young woman’s body, but she’s dismayed to learn that the woman in question died several years before. Unconvinced that she could be wrong in her belief about the woman’s identity, she challenges the local police, led by D.I. McKie (McElhinney), along with Sgt. Dana Tulloch (Crawford), to look into the matter further. She begins her own parallel investigation, one that touches on a local legend involving male firstborns.

She also finds herself becoming suspicious of Duncan, as well as several of the more important men on the island, all of whom have a single male child that was the result of a pregnancy with their first wives; what makes it all so strange is that these women all died soon after their pregnancies, and some from a stage four cancer that precludes their being pregnant in the first place. She and Sgt. Tulloch find linking evidence of a fraudulent use of charity funds, as well as a connection with the adoption clinic. But when Tulloch is killed, her death leads to the confession of the local solicitor; he admits to killing the woman found by Tora, and more besides. Everything is resolved – or, at least it seems to be – until eight months later, when Tora and Duncan are on the verge of completing their adoption of an unwanted baby.

The Denver Post had this to say about the novel on which Sacrifice is based: “The page turner of the summer… Extraordinary”. High praise indeed, but the same can’t be said for Peter A. Dowling’s muddled, plodding adaptation, which struggles to maintain a coherent or consistent tone, and which steadfastly refuses to explain its fractured storyline in any great depth or detail. So much goes unexplained that after a while, the viewer has no choice but to either go with the movie and hope for the best, or stage a King Canute-like attempt to stem the tide of narrative short cuts and poorly handled plot developments that make up large parts of Dowling’s untidy screenplay. 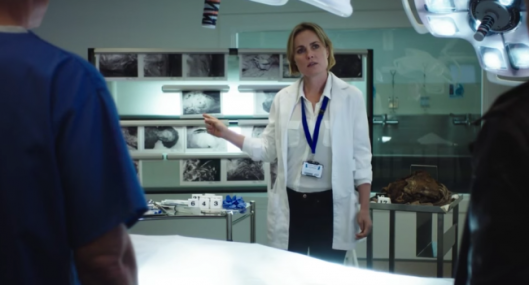 Thrillers like Sacrifice often require more of a commitment to suspended disbelief than usual. The quiet, seemingly idyllic island community, the hint of magical fantasy that informs local beliefs and behaviours, the sense of a long-term mystery needing to be solved, the plucky heroine going up against a shadowy menace that will protect itself at any cost – all these elements, if mishandled, can undermine the overall mood that the movie is attempting to create. And so it proves here, with Bolton’s well-received novel churned over repeatedly and reduced to a mass of warmed-over clichés. It’s almost as if Dowling couldn’t be bothered to make any of it even halfway plausible, from Tora’s opening miscarriage (which takes place while she ministers to a woman about to give birth – oh, the irony!), to the scene where a conveniently placed cleaner allows her access to the dental wing of the hospital, and all the way to the end and the moment where the chief villain hands Tora a sacrificial dagger and then stands directly behind her (what could possibly happen next?).

These and other moments will have even the most casual of viewers scratching their heads in disbelief, and faced with such ill-advised decisions, the cast have no choice but to keep a straight face and do their best against all the odds. Mitchell, an actress who just doesn’t seem to get the right breaks career-wise (seriously, 2016 has seen her in this, London Has Fallen, and The Darkness – time to rethink her representation perhaps?), and while she’s often been the brightest thing in some truly mediocre movies, not even she can rescue a movie that doesn’t allow its central character to grow or develop in any way. Likewise, Graves is saddled with the kind of secondary role that requires him to pop up from time to time, act shady on occasion to attract suspicion, and then pull action hero duty against a secondary villain in a vain attempt to inject some excitement into a movie that’s been determinedly second-rate up until then. It’s a thankless role, and Graves looks increasingly put out by the role’s lack of, well, everything, as the movie progresses. 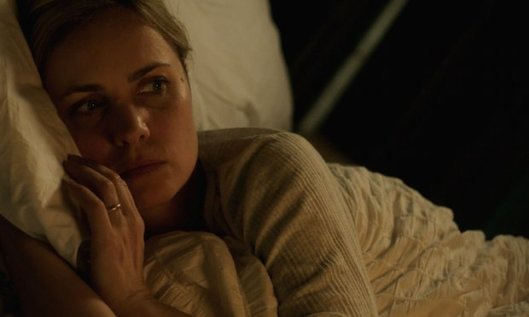 Dowling also fumbles the use of local folklore, neither explaining it fully or giving the viewer any clue as to why its practices would be maintained in a more contemporary setting (though, on the plus side, this does mean the chief villain doesn’t get to monologue his way through the inevitable cliff-top showdown). And the whole thing is so unnecessarily convoluted it’s a wonder any of the participants can keep track of what they’re doing and why – just like the audience. Ultimately, Sacrifice is a movie that doesn’t try hard enough to be anything other than just about acceptable as a time waster.

Rating: 3/10 – another low-budget, poorly made thriller that at least acknowledges it doesn’t have pretensions, Sacrifice is so bad that at times you wonder if it wouldn’t have been improved by the introduction of some humour to leaven things out; a “meh” movie then, and one that cuts corners both narratively and through the erratic editing process, leaving the unsuspecting viewer to wish that they too had been killed and left in a peat bog, thus ending their misery at watching a movie that wants to be like The Wicker Man (1973) but ends up being more like The Wicker Tree (2011).