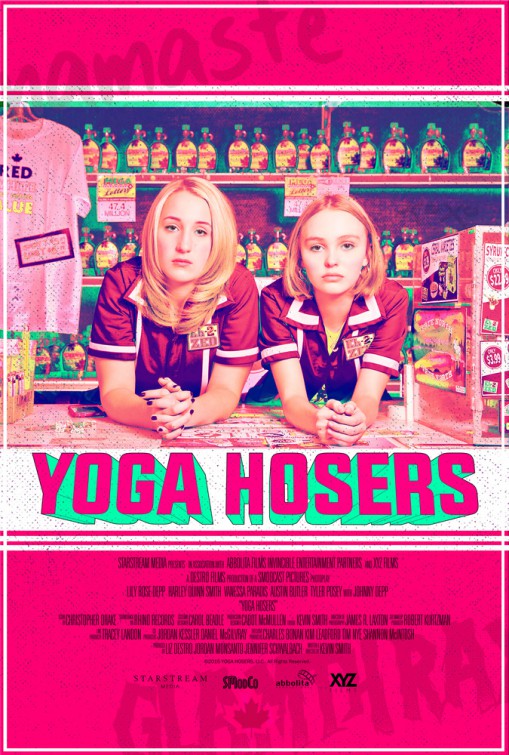 Twenty-three years ago, a young, bearded denizen of New Jersey made his first movie, the very low-budget indie comedy, Clerks. It was an overnight sensation: acutely funny within the milieu it created, and introducing audiences to two unforgettable characters in the stoner forms of Jay and Silent Bob. The young movie maker who maxed out around a dozen credit cards and sold off a large portion of his comic book collection to make his first movie was, of course, Kevin Smith. He followed it up with Mallrats (1995), a TV pilot, Hiatus (1996), Chasing Amy (1997), Dogma (1999), an unreleased Prince documentary, and Jay and Silent Bob Strike Back (2001), a string of projects that cemented Smith’s reputation, increased his fanbase, and garnered a fair amount of critical approval.

But somewhere around the time of Jay and Silent Bob Strike Back, Smith’s energies seemed to wane. Both Jersey Girl (2004) and Clerks II (2006) felt as if Smith was treading water, while Zack and Miri Make a Porno (2008), despite the kind of premise that Smith could have had a lot of fun with, proved to be even more underwhelming than his previous two movies. He followed Zack and Miri… with the dreadful Cop Out (2010), a director-for-hire gig that made audiences and critics wonder why the King of Static Camerawork would be asked to make an action comedy. Red State (2011) came next, and while it was well-received by critics, and looked on as a return to form, it’s still a movie that only needs to be watched once. Smith took a break, and didn’t return to our screens until 2014, with Tusk. That particular movie, a Kafka-esque body horror comedy, was even more of a return to form (and despite an unnecessary cameo from Johnny Depp). Now, Smith has chosen to follow Tusk with Yoga Hosers, a movie for kids, and the second in the True North trilogy (Moose Jaws will complete the series). 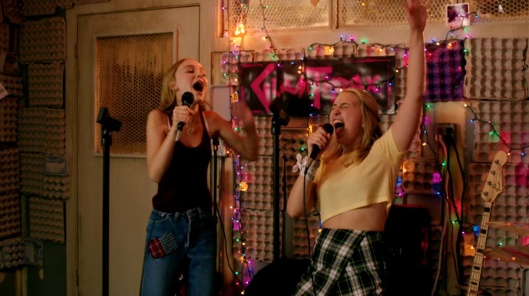 For all that Smith has been making strides in regaining the kind of critical and audience mass that went with his work in the Nineties, Yoga Hosers remains Smith’s worst movie to date, a sprawling, endlessly disappointing concoction that lies flat on the screen like the title character in The Autopsy of Jane Doe (2016) (and without that character’s internal life to help it). By taking two minor characters from Tusk – the store clerks who didn’t even have names – and spinning a whole movie around them, Smith has managed to do three things all at the same time: one, write his lamest script yet; two, bring back Depp’s eye-swivelling private detective Guy Lapointe to no greater effect than before; and three, prove that nepotism is alive and well when it comes to making movies.

This time, the two store clerks are given names – Colleen Collette (Depp) and Colleen McKenzie (Smith) – and are portrayed as vacuous fifteen year olds who can’t live without their phones for more than five seconds, who disparage everyone and everything around them, and who seem destined to be the lead characters in Clerks III (should Smith ever write it). Working at the store owned by Colleen C’s dad (Hale), the pair spend much of their worktime rehearsing songs with their only other bandmate, drummer Ichabod (Brody) (cue a string of “inspired” jokes such as “Dickabod” that will give you an idea of the level Smith is aiming for). One night, one of their customers is murdered in a nearby park (though why in a park is a mystery the movie doesn’t have an answer for). The killer? Ah, there’s the rub (as Shakespeare would put it), because the killer is a six-inch tall Nazi bratwurst – or Bratzi. 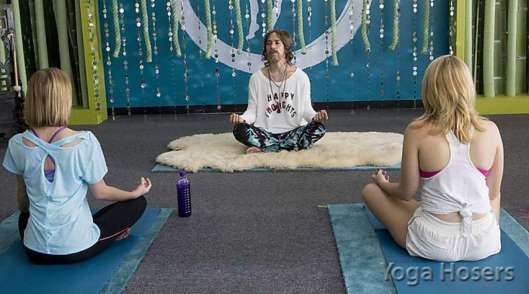 Inevitably, there’s a back story, a tale of Nazis in Canada, and the legacy of Aryan supremo Andronicus Arcane (Garman). There’s cryogenesis, an arrested experiment that gives rise to the Bratzis, and a Bratzi-filled creature that’s made out of body parts and is technically inanimate, but which can still be kicked between the legs as a means of hindering it. And in an extended scene that matches Lapointe’s lone scene in Tusk for abject pointlessness, Garman gets to monologue by doing impressions of actors such as Al Pacino (‘hoo-ah!”) and Sylvester Stallone. So clever is Smith’s script, he has the Colleens unable to recognise any of Arcane’s impressions, thus reinforcing the notion (already made several times) that they don’t know about anyone or anything that hasn’t happened within their lifetime, or who isn’t their friend on Facebook, Twitter, or Instagram. (When Smith includes social commentary like that, it’s a shame he doesn’t realise how much it’s been done before.)

But being clever, and putting together a script that gels in all the right ways, is something that Smith seems unable to do anymore. Along with the Bratzis, the Colleens have to endure Collette C’s irritating stepmom (Lyonne) (quite lame), two teen Satanists (Butler, Posey) out to claim their virgin souls (very lame), and the snarky comments of their customers (not lame, just boring). What’s most dispiriting about the script is that Smith no longer seems to have that distinctive ear for dialogue that he had back in the days of the Quick Stop. Here, it’s all about providing the Colleens with the kind of empty-headed dialogue that confirms their latent idiocy, while poking fun at the Canadian accent, particularly the way they say words like about, which sounds like ah-boot, as in “I’m sorry ah-boot that”. Stress the word once and it’s mildly funny; stress it a hundred times and it becomes tedious. 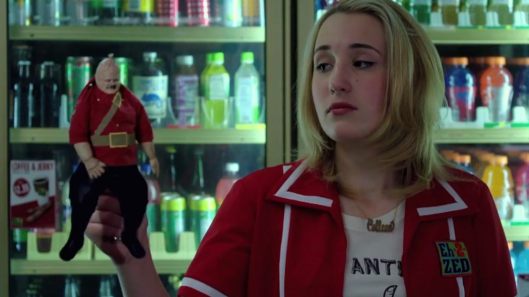 Ultimately, the whole thing looks and sounds like a mess that’s been made off the back of a draft script that Smith couldn’t be bothered to tidy up or give a proper shape to. The performances range from grating (Depp as Lapointe, Rodriguez as the Colleens Phys Ed teacher), to one-note (Depp as Lapointe, Lyonne, Hale, Posey, Garman), to passable (Depp as Colleen C, Smith as Colleen M, Long as their yoga teacher), but it’s hard to stand out when the script you’re working from is determined to be as juvenile as possible while also trying to hold onto a semi-adult sensibility (this is only a movie for kids if those kids are fourteen to seventeen in age). Smith just doesn’t seem to have the focus or the fire that would make this movie even partially entertaining, and long stretches of it pass by without making any difference to the plot, any of the storylines, or any of the characters. And the Colleens remain the same at the end as they were at the beginning.

Whatever’s going on with Smith at the moment, one thing is very clear: like Austin Powers in The Spy Who Shagged Me (1999), Smith needs to get his mojo back. How he’s going to do that – or if he can – remains to be seen, but right now he’s fast becoming a member of that singular group of movie makers, the ones who are fast out of the gate with their first movie, but who struggle to maintain the initial quality of their work. Directors such as Tobe Hooper and Spike Lee, movie makers for whom the news of a new project is no longer cause for the kind of interest they garnered earlier in their career. Smith is at that point, where his career may be better suited to podcasting and one-man shows than it is to making movies. Time, perhaps, for a rethink going forward, before his career is littered with more bad movies than good.

Rating: 3/10 – if this is what Kevin Smith is happy to see released with his name attached, then Yoga Hosers is a sign that any ideas relating to originality he may have had have long since left the building; he’s already proven that low budget doesn’t have to mean low quality, but this has all the hallmarks of a movie made cheaply and with the idea of making a quick return before anyone realises just how awful it is.