Based on a true story, that of the Überlingen mid-air collision which occurred on 1 July 2002, Aftermath examines the lives of two men affected by the tragedy. One is Roman Melnik (Schwarzenegger), a construction worker whose wife and pregnant teenage daughter (Sherrick) are aboard Flight AX112, and the other is Jacob “Jake” Bonanos (McNairy), the air traffic controller on duty when the collision happened. When Flight AX 112 and Flight DH616 collide, causing the deaths of two hundred and seventy-one people, both men’s lives are changed forever.

Roman is consumed by shock and anger and disbelief. He can’t understand how it happened, and some part of him still clings to the idea that his wife and daughter somehow survived the collision. He poses as a volunteer at the crash site, but in a cruel trick of fate, he finds the body of his daughter. Further subsumed by grief he waits for an apology from someone – anyone – from the airline companies involved, but is treated dismissively, and the compensation he’s offered is insulting. Of all the relatives of the victims, only Roman refuses to sign an agreement that effectively lets the airlines off the hook. Following his family’s funerals, he retreats from the world and remains at home. 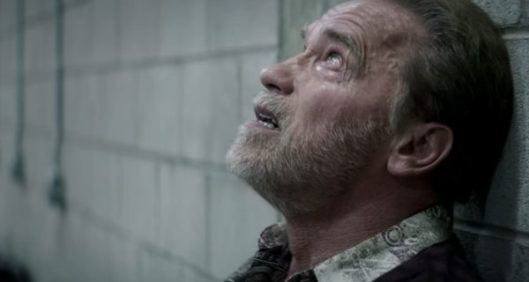 While Roman is consumed by grief, Jake is consumed by guilt. Even though the circumstances of the crash were beyond his control, Jake hides away with his family – wife Christina (Grace) and young son Samuel (Nelson) – but even though they are supportive, his inability to deal with his feelings and the knowledge that so many people died “on his watch” causes his marriage to falter. When his bosses advise him to start afresh with a new identity somewhere else – for his own good – Jake takes the deal and begins a new life as a travel agent, Pat Dealbert. Meanwhile, Roman receives a visit from a journalist, Tessa Gorbett (Ware), who intends to write a book about the collision. She leaves copies of articles she’s written on previous plane crashes as evidence of her sincerity, and it leads Roman to become aware of Jake’s existence and his role in the tragedy. Soon, Roman blames Jake for everything.

A year passes, a year during which Roman gets by doing odd jobs as a carpenter, and Jake has settled into his new life. One day, Roman is contacted by Tessa who tells him her book is ready to be published. He asks her if she can find out Jake’s whereabouts; initially she refuses but eventually she agrees to tell him Jake’s new name and job, but not his address. Nevertheless, Roman manages to find out where he lives, and travels there to confront him. Unbeknownst to Roman, Jake is spending the evening with his wife and son, a situation that leads to further tragedy…

From the outset, Elliott Lester’s approach to the script by Javier Gullón is to provide audiences with the gloomiest, bleakest movie he can manage. Even before the crash, where Schwarzenegger’s gruff but friendly Roman is over the moon at being reunited with his wife and daughter, the visuals are uniformly subdued. Colours are muted, the lighting makes indoor scenes look as if a thunderstorm is coming, and even the costumes have the air of having been chosen deliberately for their nondescript appearance. And of course, Mark D. Todd’s original score is appropriately cheerless and troubling. But while this is a movie about grief and guilt and the way both emotions can eat away at a person, Lester has made a parlous mistake in terms of the way the movie looks. Grief and guilt are sombre topics, and can contribute to some seriously affecting drama, but do we really need everything to look and sound so dreary?

Because everything about Aftermath is dreary. It’s as if the movie is afraid that audiences will abandon it for want of trying, as if its focus on the mental anguish of two men connected by a terrible tragedy can’t be presented in any other way. But that’s not true, and Lester and his cast and crew have opted for the dour, oppressive leanings that are on show in the finished product. It’s as if someone, somewhere decreed that movies about negative emotions or tragedies or bad luck stories didn’t deserve to be produced in any other fashion. So, where does this leave Aftermath? The answer is simple: it makes it a proficient movie with two good central performances that never overcomes the style in which it was made.

Which is a shame as those two central performances – from Schwarzenegger and McNairy – are pretty much all that stand between Aftermath and a shorter shelf life. Since his retirement from politics, the former Governor of California has made a number of action movies (as expected), but in amongst them are a couple of low budget dramas that have required him to considerably up his game acting-wise and concentrate on character instead of fitting in amidst all the spectacle. Maggie (2015) showed he was more than up to the task, and now Aftermath shows that it wasn’t just a flash in the pan. There are still the occasional verbal mishaps – thanks to his accent more than anything else – but otherwise this is a quietly authoritative performance from Schwarzenegger that showcases an emotional range that’s improved since his appearance in Maggie and which makes him (now) the go-to guy for grieving father roles.

He’s ably supported by McNairy, an actor whose career keeps him popping up in all kinds of features and always to the movie’s advantage. Here he’s nervous, afraid, despairing and contrite – sometimes in the same scene – and on such good form that you’re never sure what he’s going to do next. The storyline plays out in much the same way that the real life story did, but what doesn’t work so well on screen is the antipathy toward Jake that Gullón’s script prompts the audience to feel. He’s not a bad man, but between the script, and Lester’s decision to present Jake as weak-willed where Roman is strong-minded, what should have been an even-handed look at how two men badly affected by a terrible tragedy regain the meaning in their lives, pivots more toward the real life outcome of their meeting, and seeing Roman getting “justice” for his family. Sadly, this isn’t the movie’s best scene, thanks to some very clumsy framing and editing, and the final coda – while not exactly unexpected – doesn’t match the tone of the rest of the movie. It’s a safe choice with which to end the movie, but, like a lot of other scenes, it’s not as effective as Lester probably hoped.

Rating: 6/10 – a real life tragedy given a visual drubbing, Aftermath takes a spartan approach to its subject matter, and only does it the barest of favours; away from its real life source material, the movie offers fine work from its two leads, a never say cut-and-dried stance that’s abandoned fifteen minutes from the end to the detriment of the movie as a whole, and the sense that a bit more time with both characters would have benefitted the movie greatly.