In December 1958, while working in Kenya, twenty-eight year old tea broker Robin Cavendish (Garfield) was struck down by polio, leaving him paralysed from the neck down and dependent on a mechanical respirator in order to remain alive. He was brought back to England where at first he was given three months to live, and then a year. His own reaction was to have his respirator turned off. He saw no future for himself and wanted his wife, Diana (Foy), whom he’d recently married and who was still only twenty-five, a chance at a better future for herself. To her credit, and his good fortune, Diana refused to entertain the idea, and told Robin in no uncertain terms that she wasn’t going to give up, even if he wanted to. They also had an infant child, Jonathan, to consider. Still facing a bleak future though, Robin’s only wish was to leave the hospital where he was effectively confined. Against the advice of his doctor (Hyde), he left the hospital, and the Cavendish’s moved into their own home in the countryside, where Diana took on the roles of wife, mother and nurse with the help of friends such as Colin Campbell (Speleers), and her twin brothers Bloggs and David (both Hollander).

In the way that only real life can manufacture, that could, and perhaps should have been the end of Robin’s story, but a truncated lifespan wasn’t on the cards. With the aid of his friend, Oxford professor Teddy Hall (Bonneville), Robin conceived the idea of a wheelchair with a built-in respirator that would allow him to leave the house, and eventually go on trips with the further aid of a converted van. Now more mobile than he could have ever predicted, Robin decided to show the progress he’d achieved to other disabled people, and the medical community. Thanks to private funding, Hall was able to construct a fleet of wheelchairs such as Robin’s, and these enabled other disabled people to leave hospital, and to function in the “outside” world. Robin soon became an advocate and champion for the rights of the disabled, and by the time of his death in 1994, was regarded, quite rightly, as a medical phenomenon, having lived with his deteriorating condition for thirty-six years. 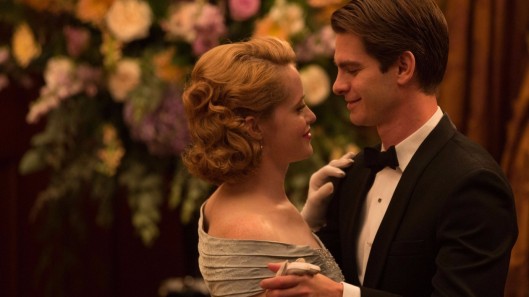 The directorial debut of Andy Serkis – it should have been his version of The Jungle Book, but delays on that production have pushed it back to 2018 – Breathe is exactly what it looks like from the poster and anything you may have heard about it: a tale of inspiration and personal courage. Though Serkis is best known for his motion capture performances as Gollum, King Kong and Caesar, as a director he’s clearly learnt a lot from those he’s worked with over the years because the movie is an assured, likeable production that tells its story in a measured, positive manner that allows the viewer to fully understand Robin’s plight, and the feelings that come with it. Thanks to an equally assured script by William Nicholson, Breathe tackles the various issues related to quadriplegia (though it studiously avoids the issue of sex) with sympathy and no small amount of understanding, most of which is provided by yet another excellent performance by Andrew Garfield. Following on from impressive turns in Silence (2016) and Hacksaw Ridge (2016), Garfield makes sure that every emotion, every feeling, every consideration or decision that Robin makes is clearly expressed so there can be no misunderstanding for the viewer. It’s a performance that also reflects the innate humanity that Robin possessed, and his complete and utter love for Diana, something that could have caused the movie to become cloying and overly sentimental, but which Serkis avoids through a combination of his knowing direction and Garfield and Foy’s awareness of, and immersion in, the characters.

Inevitably, it’s not all triumph over adversity and lives lived happily ever after. This is a movie that starts off on a bright summer’s day at a cricket match where Robin and Diana meet. It couldn’t be more lovely, a replication of happier days when falling in love seemed so easy and uncomplicated. But once he’s struck down by polio and his lifestyle is curtailed, Robin’s life takes on an urgency and a scariness that makes for a number of scenes that are nail-biting even though we know the outcome must favour Robin. At home, their dog catches the lead to the respirator and pulls it out of the electrical socket. We already know that he can’t survive for more than two minutes without it (or someone using a manual respirator), and Serkis plays out those two minutes to the second, creating tension even though we know everything will be fine, but still making the viewer apprehensive and nervous as to how he’ll be saved. 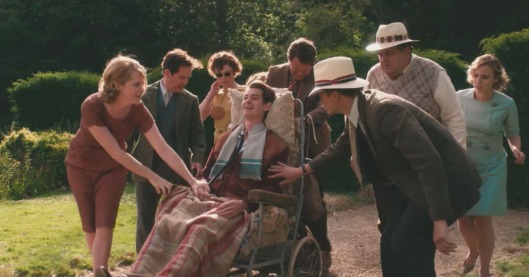 Other moments such as the wheelchair respirator blowing up on a trip to Spain, and the deterioration of the lining of Robin’s lungs, serve as reminders as to the reality of his situation, and they’re used for maximum impact. But if there’s one scene, one image that highlights both Robin’s past predicament, and those of thousands of disabled people across the world at that time, the Sixties, it comes during a visit to a German hospital that is highly regarded for its treatment of the disabled. It’s the movie’s most impressive moment, one of tragedy and despair as we see rows of disabled people like Robin stacked on top of each other in gleaming iron lungs. And when Robin enters the room, the reaction of the head doctor (Groth) is one of horror and embarrassment: horror at the difference between Robin and his patients, and embarrassment at being so badly caught out for treating said patients so appallingly. It’s moments like this one, where the movie challenges the medical and social attitudes of the time that adds depth to the narrative and reminds us all that Robin wasn’t just making these improvements to his life for his own sake, but for the thousands of others just like him.

Breathe is also one of the most beautifully realised movies of the year, with Serkis and cinematographer Robert Richardson combining to provide a richly detailed series of shots and compositions that are often breathtaking in their simplicity, and in their ability to add an emotional layer to scenes that accentuate and support the performances at every turn. The score by Nitin Sawhney is another aspect of the production that Serkis uses to good effect, never allowing the music to overwhelm a scene or prove intrusive, using it instead to provide another sensitive layer to the proceedings. Garfield and Foy have a definite chemistry that makes the enduring love between Robin and Diana entirely credible, and there are terrific supporting turns from Hollander and Mangan (as Robin’s doctor in later life). In covering nearly forty years of one man’s life, the movie is necessarily episodic, and there are occasional lulls in the drama as the story moves from one period to the next, but other than this and some of the supporting characters having little to do except hang about marvelling at Robin’s progress, this is an admirable and accomplished feature debut by Serkis that isn’t afraid to “go dark” when it needs to, and which is inspiring without sounding like it’s preaching.

Rating: 8/10 – a sincere and affecting look at a man’s life and the positive choices that can be made even in the face of extreme adversity, Breathe is a testament to Robin Cavendish’s determination to still lead a fulfilling life, and the equal determination of his wife, Diana, that he should be able to; a moving and immensely entertaining movie, it bodes well for any future turns behind the camera that Serkis embarks on, and is one of the few “lead character with a disability” movies that doesn’t seem like it’s been made just so it can garner nominations and win awards in the year ahead.