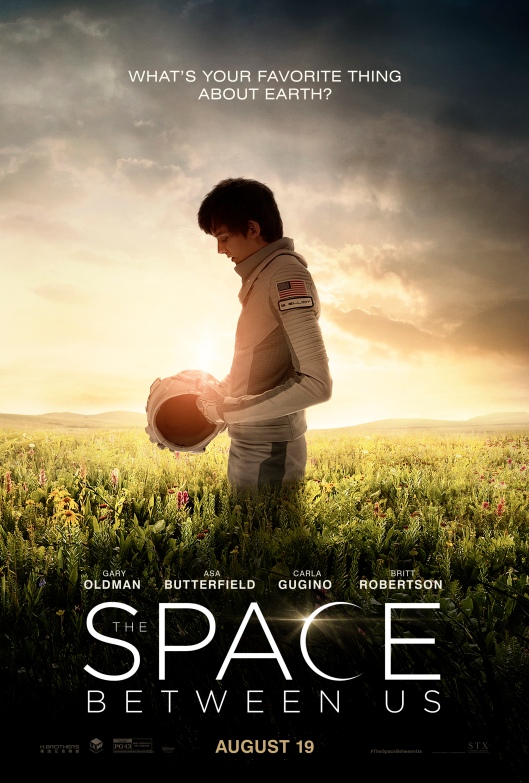 In a strange version of the future that appears to be happening today, space exploration bigwig Nathaniel Shepherd (Oldman) announces the latest mission to Mars, and the crew that are going there to continue the Red Planet’s colonisation. But in one of those “What if?” scenarios that jump start way too many movies, the lone female astronaut, Sarah Elliot (Montgomery), proves to be pregnant. She gives birth to a son on Mars, and promptly dies from eclampsia. And from that moment on, The Space Between Us throws all sense and logic out of the window, and gallops headlong towards absurdity with all the gusto of a starving man at an all-you-can-eat buffet. It’s unsurprising to learn that the movie has been in development in one form or another since 1999, when it was titled Mainland and its central protagonist was a boy born on the Moon. Put in turnaround until it was picked up again in 2014, the basic idea has remained the same – boy born in space wants to visit Earth – but the idea that his physiology would be compromised, perhaps fatally, has also remained. Tough break for the kid, huh? Just don’t think it about it too much, though – no, really, don’t. 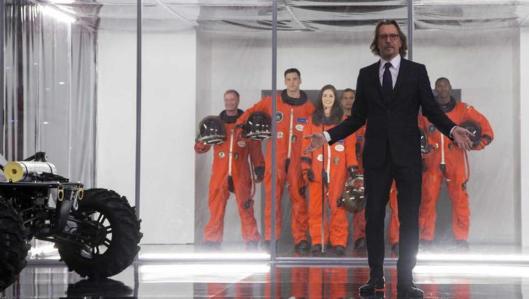 The Space Between Us is a movie that wants to tell its cute romantic story against a backdrop of new-fangled technological advancement and old school moral dilemmas. It’s a movie that bounces from scene to scene with no clear through line, and which lets its lovers on the run scenario get sillier and sillier as Gardner and his only friend on Earth, Tulsa (Robertson), avoid capture by stealing cars at every turn staying one step ahead of a pursuing Shepherd and astronaut-nominally-playing-stepmother-to-Gardner Kendra (Gugino) (with all the technology at Shepherd’s disposal you wonder how he’s so bad at catching up to them). Gardner’s mission on Earth is to find his father, something that should be easy enough as he has a photo of the man with his mother, but the script throws huge curve balls in the way of this, including a detour to a shaman (Birmingham), and a sidetrip to an ER where Gardner’s bone implants (don’t ask) barely register as a concern. And along the way, Gardner gets a crash course in human relationships including how not to sound weird, and losing your virginity (not to be funny, but does anyone remember that Eighties movie, Earth Girls Are Easy?).

There are far too many moments and scenes where the average viewer will be asking themselves, Really? Most of them involve Oldman, whose performance can best be described as desperately seeking relevance. Stuck with some of the movie’s worst dialogue, the more than capable Oldman has no redress against the inanities of both the script and his character. It’s a similar situation for Butterfield, playing a role that requires him to be a science whizz on the one hand but one who’s learned absolutely zero social skills while growing up on Mars (yes, he’s smart and dumb at the same time). Gugino and Robertson have interchangeable roles once you take out the sex, and everyone else has no option but to go along with it all and hope for the best. In the director’s chair, Chelsom keeps things moving in the haphazard way the script (by Allan Loeb) dictates, but he appears to lose interest early on, while Barry Peterson’s sharp and detailed cinematography proves to be one of the movie’s few blessings. At several points, Gardner asks people, What’s your favourite thing about Earth? One answer seems obvious: being able to avoid seeing this inane, stupid movie.

Rating: 3/10 – with its tortured science (just think about the environment Gardner has been living in since birth and ask yourself, would he really suffer on Earth?), and equally tortured YA theatrics, The Space Between Us is a movie that trips over itself continually in its efforts to tell a coherent, relatable story; a waste of everybody’s time and effort, the hint should have been taken back in 1999 when rewrites on the original Mainland script proved unworkable.