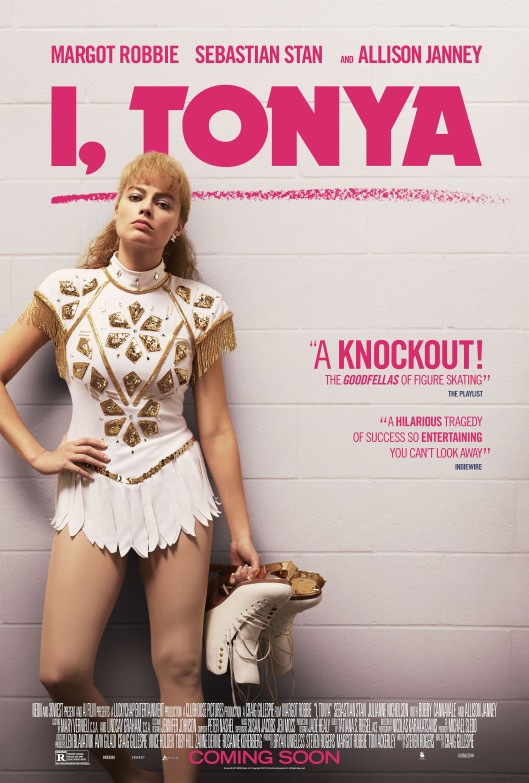 When a movie is said to be based on a true story, then chances are it won’t bear any resemblance to what actually happened. The movie becomes an approximation, an interpretation of events that took place, of conversations that people had, and their outcomes. Many movies use this idea to tell their own version of what they think happened and why, but often it’s in disservice to the original – and correct – story. If you want the truth, purists might argue, go see a documentary (like they don’t have their own biases). With so many movies released each year that are based on true stories, it’s often difficult to determine which ones are more accurate than others. But the makers of I, Tonya address this issue right from the start, with a caption that states: Based on irony free, wildly contradictory, totally true interviews with Tonya Harding and Jeff Gillooly. It’s a clever, and very effective tactic. By the movie’s end, and with no two individuals agreeing completely on the events that led to Tonya Harding’s fall from grace, the viewer is left to make up their own mind about what really happened. It’s akin to doing cinematic jury service. 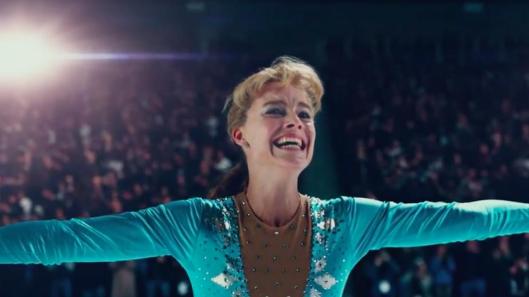 Harding’s story (again if true) is another one that’s concerned with achieving the American dream, but it’s also a story that highlights the unspoken class divide that exists in the US and is still prevalent today. Born on the wrong side of the tracks and with a fearsome, domineering mother, LaVona (Janney), Harding (Robbie) was always going to find it difficult to adapt to and fit in with the somewhat rarefied surroundings of US professional figure skating, but even her ability to carry off a triple axel jump (she was the first American female figure skater to do so in competitions) couldn’t offset the disdain that her behaviour both on and off the ice prompted in both judges and followers of the sport. What didn’t help was her relationship with her husband, Jeff Gillooly (Stan). Harding was often the victim of domestic violence – something the movie goes to some uncomfortable lengths to illustrate – and the battles she waged at home were reflected in her demeanour during competitions. The movie doesn’t shy away from any of this, and Harding’s struggles to maintain an acceptable balance on the ice (no pun intended), point toward the reason why she was never entirely accepted by the figure skating cognoscenti.

Steven Rogers’ extremely fascinating and absorbing screenplay tells a mostly linear story but isn’t afraid to take detours that allow the characters to express themselves more fully during recorded interviews. There are other moments where the fourth wall is broken, but these again allow the characters to provide their own opinions on what’s happening, and it’s largely this approach to the material that keeps the movie from feeling routine or a best available reconstruction of recent history. The performances are uniformly superb, with Robbie and Stan giving career-best turns, while Janney almost steals the movie from everyone (everyone that is apart from Hauser, who plays Harding’s bodyguard, and self-professed “spy”, with such unorthodox charm that the character’s innate stupidity remains likeable throughout). Gillespie, bouncing back after the less than stellar The Finest Hours (2016), gives the movie a pace and a vibrancy that is upheld by Nicolas Karakatsanis’s stylish cinematography, and Tatiana S. Riegel’s flawless editing, while the soundtrack is peppered with songs that relate both to the period the movie covers and to the emotional peaks and troughs threaded throughout the screenplay. If Tonya Harding’s story is one that you’re unfamiliar with, then this is a great place to start if you want to find out how someone goes from being arguably the best female figure skater in the world, to someone who ends up being banned from the sport for life.

Rating: 9/10 – a dazzling concoction that mixes high drama with low comedy, and which also has time to be poignant, mournful, ecstatic, sad, joyous, profane, and reproachful, I, Tonya is a whirlwind of a movie that impresses at every turn; based on a true story, and open and honest about its various source materials, this gives everyone involved a voice and treats them all with respect, even when they do things that are irretrievably dumb – and that happens a lot.