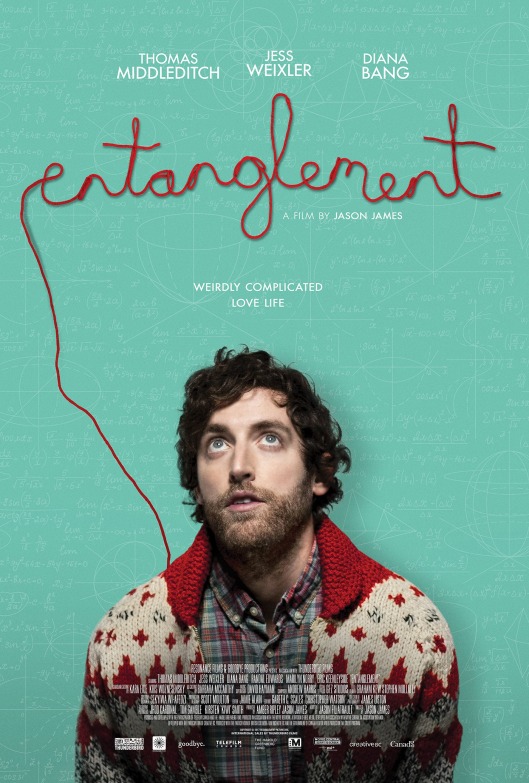 When we first meet Ben Layten (Middleditch), he’s trying to kill himself. He’s recently divorced, increasingly depressed, and all alone. But death isn’t going to let him off so easily, and despite cutting his wrists, Ben survives. As he begins to get his life back on track, he learns he almost had a sister: his parents (Norry, Keenleyside), believing they wouldn’t have children of their own, had adopted a baby girl. But on the very day the baby was given to them, Ben’s mother discovered she was pregnant. The baby was returned for adoption, Ben was born nine months later, and now Ben has a mission: to find his near-sister and see how she’s turned out, and if he’s lucky, to establish a brother-sister relationship with her. His search leads him to Hanna Weathers (Weixler), a free-spirited young woman who slowly brings Ben out of his shell. In the process, Ben begins to find more and more reasons to continue living, and ways of putting the past behind him. But then he learns a truth about Hanna that challenges his perception of his new-found happiness… 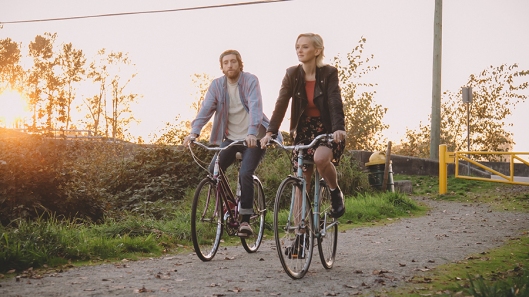 Entanglement is the kind of indie movie that comes along several times a year, plays at various festivals, gets a good buzz behind it, and then goes out into the big wide world of cinema releases or VOD, and then promptly vanishes from people’s radar. It’s not the movie’s fault – after all, there are just sooooo many movies out there, all jostling for our attention – but it does make finding such a movie all the more rewarding. This is the case here, with the combination of Jason Filiatrault’s adroit, cleverly constructed screenplay, and Jason James’ easy-going yet focused direction. Between them they ensure that Ben’s attempts to make sense of his life and where it’s going aren’t just the actions of a pretentious, navel-gazing nebbish (which could have easily been the case), but a sincere and heartfelt look at how easy and difficult it can be to find the courage to move on after a traumatic experience. Deep down, Ben knows he can move on, but he doesn’t know how to; being with Hanna helps him find out – just not in a way he ever expected. (Some viewers may find themselves ahead of Ben for most of the movie, but rest assured, this doesn’t detract from the enjoyment to be had in waiting for him to catch up.) 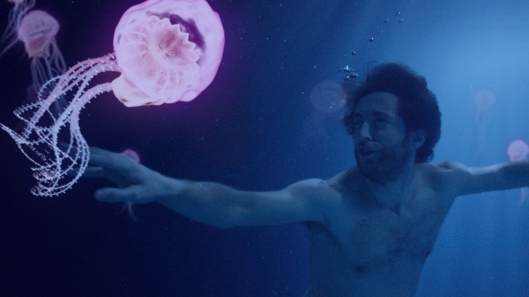 The movie isn’t afraid to throw in some whimsical fantasy elements, such as the planets on a bowling alley wall that begin to rotate while Hanna speaks to Ben, or the puppet in the office of Ben’s therapist that takes him to task over his relationship with Hanna. These elements serve as psychological cues for Ben’s state of mind, and are introduced at various points in the narrative, but with a great deal of circumspection attached. Are these signs of progress, or backward steps? Filiatrault wisely leaves it up to the viewer to decide. By the time the truth about Hanna is revealed, the movie has become intriguing and absorbing, and thanks in no small part to the performances of Middleditch and Weixler. Middleditch is self-contained and vulnerable as Ben, giving a shy, diffident portrayal that is affecting and quietly impressive. Weixler, an actress who deserves to be better known, is more extrovert but in a way that is considered and entirely apt for her character. There’s good support too from Bang as Tabby, Ben’s neighbour and one true friend. The whole thing plays out at a good pace, there’s sterling work from DoP James Liston, and it’s all topped off by a terrific soundtrack.

Rating: 8/10 – a movie about connections, including the ones we can’t see but which have the most impact in our lives, Entanglement is a light-hearted, comic, yet earnest movie that achieves its modest ambitions with ease; quirky and intelligent, plausible and deftly handled, it’s another indie movie wih buckets of charm and a winning sensibility.