That Anne V. Coates went into the movie industry shouldn’t really have been a surprise. The niece of J. Arthur Rank, she wanted to become a director, and after a brief stint at a pioneering plastic surgery hospital, she began working for a production company that dealt in religious shorts. Often restoring old prints for re-distribution, the  work she did there helped her to land a job as an assistant editor at Pinewood Studios. This was in the aftermath of World War II, and at a time when any female working as an editor within the British movie industry was a rarity. She was soon working alongside the likes of Michael Powell and Emeric Pressburger, and making inroads within the male dominated environment of a major British studio.

Throughout the Fifties, Coates worked steadily, honing her craft even when she had a less than satisfying experience thanks to directors who couldn’t see the advantage of having her work on their projects. One director she did have a great professional relationship with was David Lean, and her work on Lawrence of Arabia (1962) – assembling the movie from around four miles of celluloid – earned Coates her first Oscar nomination, which she won (she would be nominated a further four times). As her career continued, Coates sought to work with directors and movie makers she found interesting, and over the ensuing fifty years she collaborated with directors as varied as Sidney Lumet, John Sturges, Hugh Hudson, and Adrian Lyne. She worked on a diverse range of movies, from The Horse’s Mouth (1958) to Aces High (1976) to Masters of the Universe (1987), and her last movie was Fifty Shades of Grey (2015). Often her involvement was the best thing about some of the movies she edited, and though she wasn’t always able to rescue the thinnest of material, she was always able to give a movie a rhythm and a structure that aided the narrative as much as possible.

Coates also liked to assemble a movie with regard to the performances, using them to find the necessary pace and tone of the movie as a whole, an approach that not every director appreciated. She was also fiercely determined – when challenged – to do what she felt was right for the movie: “I don’t care if a director tells me to take 10 frames off – because I don’t take 10 frames off. I take off what I think would be appropriate.” Over the course of her career, she became a name to trust because of this attitude to her work, and seeing her name in the credits of a movie was often reassuring; if nothing else, you could be certain that scenes wouldn’t exceed their natural length and that the narrative would flow as required. If you accept the idea that, after the director, the editor is the most important person who works on a movie, then in Anne V. Coates, the industry has lost one of its most valuable players. 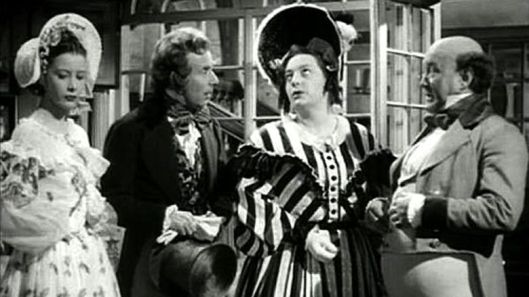