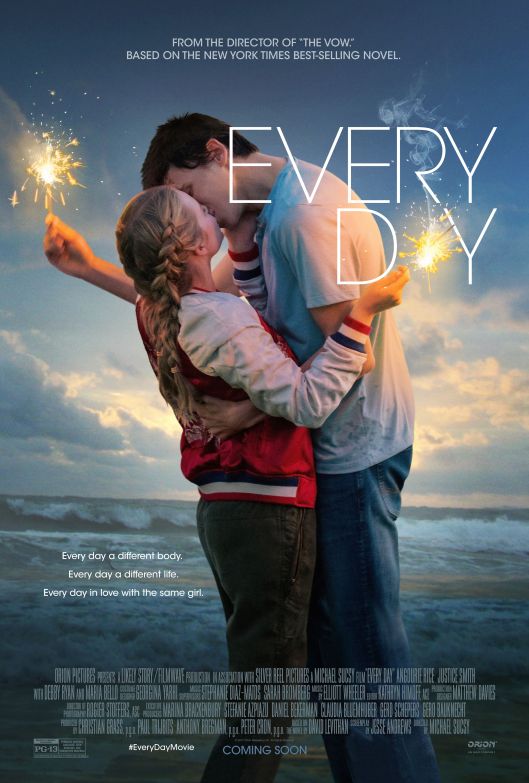 Rhiannon (Rice) is a sixteen year old schoolgirl whose boyfriend, Justin (Smith), surprises her one day by convincing her to skip classes and go to the beach. It’s a wonderful day, one that ends with Rhiannon believing that Justin, who isn’t normally so spontaneous or thoughtful, has changed for the better. However, the next day sees Justin finding it difficult to remember what happened the day before, and back to his usual self. Over the next few days, Rhiannon meets a handful of new people, all of whom are different but who also exhibit similar behaviours. One girl she meets tells her that these people have all been one person, inhabiting each body for a day, and that day at the beach has caused this person – who calls himself A – to want to spend more time with Rhiannon. Though at first she’s incredulous, Rhiannon begins to believe A’s story, and in the process starts to fall in love with him, despite the obstacles between them. But it’s when A finds himself able to stay in a body for more than a day that things become even more complicated… 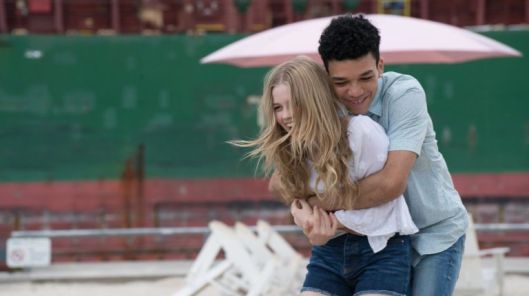 A Twilight Zone-style scenario given a teen soap opera makeover, Every Day is the kind of inoffensive, and somewhat blandly presented movie that wants its characters to be better versions of themselves, but through the intervention of a body swapping entity instead of going on a personal journey of self-discovery. Rhiannon’s parents have their issues – dad had a breakdown some time before, mom now “works late” a lot – but it’s only when Rhiannon is substituted by A for a day that “she” does anything about these problems. Similarly, a teenager with suicidal thoughts is saved by A’s stepping up and saving the day. Every Day wears its wish fulfillment heart on its sleeve, and Jesse Andrews’ adaptation of David Levithan’s novel is keen to ensure that any drama is cleared away as tidily as possible, and as soon after it’s introduced, as if real life is ever that simple. What this means is that the material remains mostly good natured throughout and any lows are compensated for by the next high waiting around the corner. With the structure and the plotting laid out in such a straightforward, no frills way, the movie rarely moves out of second gear, or gains any real dramatic traction.

However, one area where the movie does excel is in its assembled depiction of A. Played by a total of fifteen actors and actresses (including Rice), it’s this aspect of the movie that works best. Watching so many different people playing the same character, and with all of them, even those with a limited amount of screen time, providing a consistent personality and mannerisms, is the movie’s trump card. A is handled with a great deal of care and attention throughout, and Sucsy and his talented cast ensure that his predicament is handled with a degree of sensitivity and even gravitas that is both unexpected and sincere. With A’s character feeling and sounding so grounded from the beginning, it helps the rest of the movie in terms of the drama surrounding his relationship with Rhiannon. As romances go, it’s not ideal, or practical, and the script doesn’t shy away from the likelihood that not everything will work out as it does in most other teen romantic dramas. But again, things run a little too smoothly, and any tension or close examinaton of A’s condition is passed over, making this a teen romance that can’t quite muster enough passion or depth to stand out from the crowd.

Rating: 6/10 – though the challenge of having fifteen different actors play the same role is achieved with a great degree of skill and confidence, it’s the overall story of Every Day that stops it from being better than it is; lacking in substance and/or dramatic thrust, it’s a movie that ambles along comfortably, while offering just enough to keep viewers interested until the end.