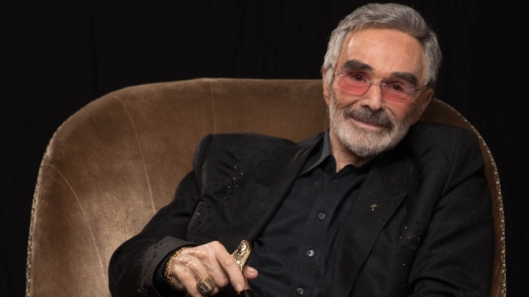 If it hadn’t been for a series of injuries that ended his college football career, we might never have heard of Burt Reynolds. Faced with rethinking his future, Reynolds at first opted to follow in his father’s footsteps and become a police officer. But his father, with tremendous foresight, persuaded him to finish college (albeit with the intention of becoming a parole officer afterwards). There, Reynolds impressed his English teacher so much that he was given the lead role in a production of Sutton Vane’s Outward Bound (for which he won a state drama award). A career in the theatre followed on from this, and through the Fifties Reynolds honed his craft on the stage before transferring to television at the end of the decade.

Reynolds made his movie debut in Angel Baby (1961), but it would be a further decade  before he found his breakout role as Lewis Medlock in John Boorman’s survivalist thriller Deliverance (1972). Finally given a role that he could make something of, Reynolds impressed critics and audiences alike, and thanks to a number of canny career choices that saw him take the action comedy genre to new box office heights. Always perceived as an easy-going, likeable actor, Reynolds channelled this perception into an on-screen good ole boy character that saw him become a major star across a succession of movies such as White Lightning (1973) and Smokey and the Bandit (1977). In the Eighties he segued from action comedies to action thrillers, but his star began to wane and his success at the box office was no longer guaranteed. Reynolds kept working steadily though, and returned to television at the start of the Nineties, particularly in the series, Evening Shade (1990-94).

Reynolds enjoyed something of a career resurgence with Paul Thomas Anderson’s Boogie Nights (1997), and his performance gained him a Best Supporting Actor Oscar nomination, which must have felt good after his previous two movies, Meet Wally Sparks and Bean (both 1997) (and even though he hated the movie itself). But though he continued to appear on both the big and the small screen, often it was in supporting or guest roles, with an occasional lead role thrown in. Health issues plagued him throughout his later years, and by the time he gave what might be called a valedictory performance, in Adam Rifkin’s The Last Movie Star (2017), his obvious frailty made it seem unlikely he would appear in any more lead roles. That said, he was due to appear in Quentin Tarantino’s upcoming Once Upon a Time in Hollywood, but he passed away before he could begin shooting his scenes.

Reynolds was once asked to play James Bond but he wisely turned it down, saying an American couldn’t play Bond; it wouldn’t be right. You could argue that he was an actor of limited range, but a more apt description would be that he was a movie star for nearly two decades, and an actor on either side of that period. And with a movie career that spanned fifty-seven years, that makes him an actor first and foremost – and one who will be sorely missed.