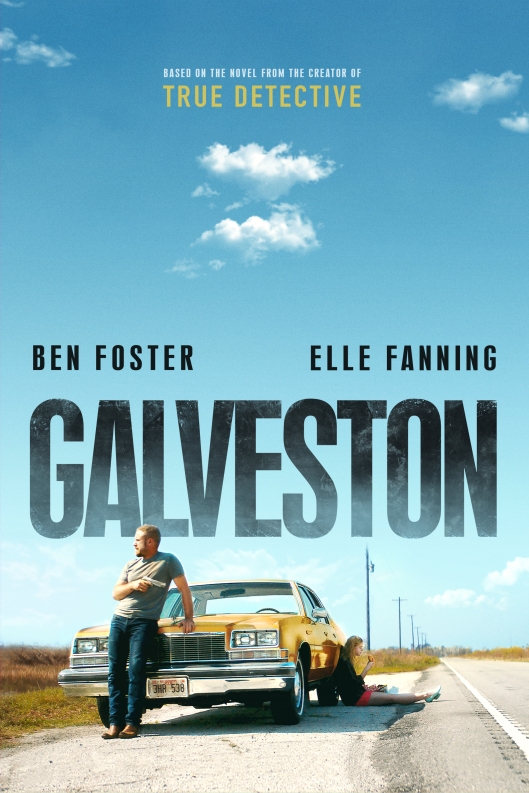 An enforcer for a local crime boss (Bridges), Roy Cady (Foster) finds out he has a lung condition but he refuses to have treatment for it. On the same day he’s given a job to scare a local lawyer into staying silent on a case that his boss is involved with; he’s also advised not to take a gun. Roy ignores this instruction, which proves fortuitous as it’s a set up that’s meant to see him killed and framed for the lawyer’s murder. Fleeing with Rocky (Fanning), a young girl he finds at the scene, Roy deliberates on what to do next, but before he can decide, Rocky persuades him to take her home so she can pick up some things. Circumstances mean that Rocky returns with her three year old sister, Tiffany, and the trio end up staying at a motel. There, Roy tries to work out the importance of some paperwork he found at the lawyer’s house, while a bond develops between him, Rocky, and her sister. He’s also approached by another resident at the motel, Tray (Aramayo), about taking part in a robbery at a local pharmacy, but it’s when the truth emerges about Rocky’s home visit that their lives are put in even further jeopardy…

For the first twenty minutes of Galveston, it’s business as usual as Foster’s brooding, moody mob enforcer acts in a brooding, moody manner in a movie that looks as if it’s going to be brooding and moody all the way through. But once Roy has been forced to rely on his violent proclivities, and he flees the lawyer’s home with Rocky in tow, the movie takes a left turn away from the kind of modern noir it looks and feels like, and becomes a different beast altogether. That noir feeling hangs around in the background waiting to be employed again, but not before the storyline morphs into a relationship drama that sees Roy become a de facto father figure to Rocky and Tiffany, and while he also explores – albeit hesitantly – his impending mortality. As Roy learns to be responsible for someone other than himself, the movie settles down into a melancholy groove that sees Rocky reveal a tragic past, and fate catch up with both of them. That this all takes up most of the movie’s running time, and the various plot strands are all tied up with almost indecent haste in the final twenty minutes, makes for a thriller that avoids being a thriller as much as it possibly can.

Part of this is undoubtedly due to the movie’s structure, and a script that was originally written by Nic Pizzolatto (who also wrote the novel from which this is adapted), but which received “contributions” from Laurent that led to Pizzolatto leaving the project (he’s credited under the pseudonym Jim Hammett). Whatever Laurent’s “contributions” were, the end result is a movie that underwhelms during its extended middle section, and which often strives for relevance in terms of its characters and the situation they find themselves in. Though Foster is as convincing as ever, this is still a role he could play in his sleep, that of the taciturn loner gradually brought out of his shell. But this time around his performance is in service to a story that doesn’t develop his character fully enough to make audiences care enough about his belated attempts at redemption. Likewise, Fanning is stranded in a role that gives Rocky little to do except make terrible decisions without ever learning from them. Laurent’s direction is uneven too, with individual scenes carrying much more weight than others (or the movie as a whole), and while the whole thing benefits from Arnaud Potier’s striking cinematography, the movie remains a frustrating exercise that never quite catches fire in the way it promises.

Rating: 6/10 – Foster and Fanning are a great pairing, but with both of them shackled by a script that doesn’t examine their characters’ relationship too closely, or exploit its potential, Galveston fails to impress in the manner that Laurent may have been hoping for; one to approach with caution then, but with sufficient bursts of the movie it could have been to make it an occasionally interesting experience.