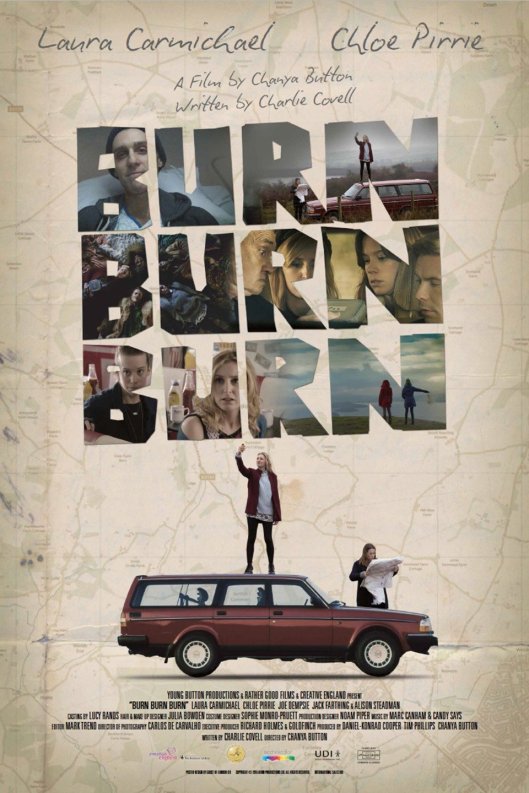 Following the death of their friend, Dan (Farthing), best friends Seph (Carmichael) and Alex (Pirrie) find themselves tasked with spreading his ashes at four different locations. To help make sense of his choices, Dan has made several short videos that the pair have to watch when they arrive at each destination. At first, though, they aren’t keen on the idea, and decide not to do it. But when their grief and anger and confusion over Dan’s death from cancer causes both of them to lose their jobs (and Alex discovers her girlfriend is seeing someone else), they head out on the road to carry out his final wishes. Along the way, Seph begins to doubt whether she and her boyfriend, James (Dempsie) should be together, a detour to visit Alex’s mother (Walters) leads to the exposure of uncomfortable truths for Alex, and Seph’s behaviour threatens to cause a rift between them that’s exacerbated by some scathing comments by Dan on his videos. It all leaves Seph and Alex wondering if agreeing to Dan’s wishes was the right thing to do… 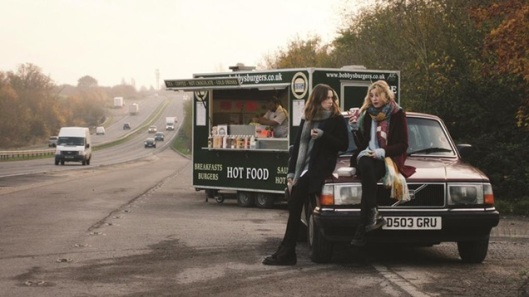 A charming mix of drama and comedy that often hides a melancholy centre, Burn Burn Burn is a deceptively sincere meditation on the nature of regret and the emotional toll it can take. Dan regrets the life he’ll no longer live and what he perceives as the mistakes he’s made with his mother (Asher). Seph regrets the choices she’s made both professionally (she works as a nanny for a therapist who consults from home) and personally (her relationship with James). And Alex has regrets over a childhood incident that causes her to push people away. It’s no wonder that they all became friends: how could they not when they’re such kindred spirits? The beauty of Charlie Covell’s nimble screenplay is that Dan uses his regrets as a way of challenging Seph and Alex to examine and overcome their own problems, and as the journey progresses from location to location, so Seph and Alex confront and overcome the things that are holding them back. There’s a welcome lack of empty sentimentality, and none of the cloying mawkishness that might ordinarily come with a movie such as this, and Button, making her first feature, keeps a tight control over the emotional dilemmas and resolutions that the screenplay delivers with aplomb.

The movie also offers up several surprising scenes that seem out of place at first, but which on closer inspection, relate closely to the characters and their predicaments. Alex makes a startling confession while tied to a cross (she’s standing in for an AWOL am-dram Jesus), while an overnight stay at a commune headed by counter-culture philosopher Adam (Rhind-Tutt) sees the pair part of a group gazing at the stars and determining what’s important in life. Moments such as these add appreciable depth and no small amount of artless candour to the narrative, and help make the characters’ problems relatable. As the troubled pair, Carmichael and Pirrie both provide astute, sympathetic, and likeable performances, and there’s fine work from Farthing that roots around in the despair of dying too young with a frankness that’s often unsettling to watch. The rest of the cast looks like a who’s who of acceptable British cameo providers, and Lowe aside (who’s once again asked to play the same character she normally plays, just in a medieval costume), they acquit themselves well, offering deft touches and character beats that flesh out their roles. Their portrayals are all in service to a movie that eschews the usual quirky road trip analogies, and which centres instead on telling its heartfelt story with quiet verve and incisiveness.

Rating: 8/10 – a winning blend of honest drama and good-natured comedy, Burn Burn Burn is a modest yet effective first outing from Button that is a pleasant and rewarding alternative to the huge number of similar movies that are out there; brimming with confidence, and unafraid to tackle some difficult topics head on, it’s bolstered by a moving score and soundtrack courtesy of Marc Canham and the indie band Candy Says, and leaves you wanting to know just how Seph and Alex get on once their trip is over.