In the wake of World War II, and with Poland trying to establish a new identity for itself under Communist rule, Wiktor (Kot) and Zula (Kulig) meet at the musical academy where he is one of the directors, and she is a pupil. The academy has been set up as a training ground for performing musicians tasked with spreading Communist propaganda, but despite all the rules and restrictions that prohibit any kind of relationship between them, Wiktor and Zula fall in love. While on a foreign tour, they grab the opportunity of escaping to the West, but their plan means travelling separately, something that leads to both of them making decisions that affect their reunion. When they are eventually reunited in Paris, they renew their love affair while Zula is approached to become a recording artist. Jealousy and distrust begin to undermine their love for each other, and Zula becomes unhappy with her life in France. Looking for a solution to her problems, Zula makes an independent decision that has a far-reaching impact on both her life, and Wiktor’s also…

With Ida (2013), writer/director Pawel Pawlikowski made good on the promise hinted at in the four movies he’d made up ’til then, and showed that he was a movie maker of extraordinary skill and talent. In case anyone thought that movie might be a flash in the pan, here’s Cold War to prove them wrong. Loosely based on the experiences of his own parents, Pawlikowski’s ode to the power and perseverance of love is an impressive, heart-wrenching experience that has flashes of profundity and a clarity of purpose that is outstanding. Everything about Cold War has a note of authenticity about it, from the opening recitations of Polish folk songs, to the austere functionality of the academy and its rural surroundings, to the smoky clubs and bars of late Fifties Paris, and the heady milieu that gave birth to the cultural and artistic explosion that was beginning to make itself felt. But looking and sounding even more authentic is the relationship between Wiktor and Zula, an incandescent, tender, desperate, imploring, fiery, all-consuming romance that can only be sustained in bursts before it tears them apart. Pawlikowski shows the pain and the anguish they feel, and also the need for each other that drives them on, their love prompting them to make sacrifices for each other that may appear foolish to others, but which are true expressions of the depth of their love. 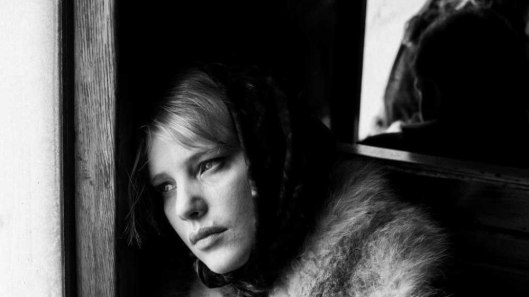 As with Ida, Pawlikowski has chosen to shoot Cold War in black and white, and the decision is yet another reason why he’s such a skilled cinematic interpreter and technician. Working again with DoP Lukasz Zal, Pawlikowski ensures the movie is often breathtaking to look at, whether we’re looking at wintry rural Polish landscapes, or the interior of the garret apartment where Wiktor and Zula live in Paris. Individual frames and compositions leap out, but they’re always in service to the material, and never feel gratuitous. This visual flare is matched by the flawless choice of music that enhances and enthralls, whether it’s the aforementioned (and melancholy sounding) Polish folk songs, or the jazz breakouts, or even the unexpected use of Rock Around the Clock. Pawlikowski melds it all together with a singular ease, tying the characters’ moods and emotions to the music, and enhancing the narrative so much and so effectively that the movie winds up feeling like a lost Sixties New Wave classic being given a long overdue, big screen re-issue. Kulig and Kot give powerful, indelible performances, highlighting their characters’ strengths and shortcomings with equal measures of sympathy and persuasion, and Pawlikowski rounds it all up with a final shot (and line) that is so affecting it almost takes the breath away. It’s simple, and it’s audacious, and it sums up the movie completely.

Rating: 9/10 – a prime contender for best movie of 2018, Cold War is a passionate, beautifully shot tale that exceeds expectations at every turn, and which provides ample rewards for the interested viewer; with this and Ida, Pawlikowski seems to have found his oeuvre, and on this form if he wants to make further features in a similar fashion and/or vein, then he absolutely should be allowed to do so.